As he reflects on the likelihood of a touchline ban, perhaps the Millwall manager will concede he took his own instructions too literally.

Harris displayed plenty of fighting spirit as he clashed with Middlesbrough first-team coach Leo Percovich on the touchline at the Riverside, but it simply served to ensure he had to watch the second half of the game from the directors’ box. 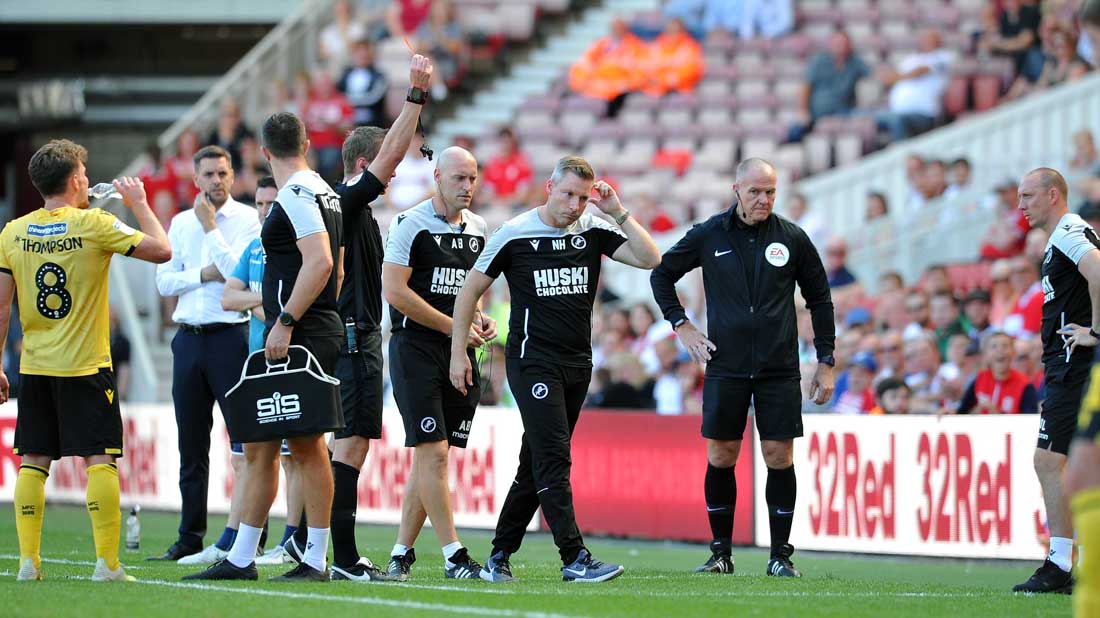 The Millwall boss was unfortunate that Percovich turned as he swung an arm at the ball the coach was cradling under his arm, meaning he struck man rather than ball. Boro manager Jonathan Woodgate did not think John Brooks should have issued a red card but, in truth, the referee had little option. For a manager as experienced as Harris, it was an uncharacteristic act.

It came at the end of a half the visitors had dominated, and while Harris was able to make telephone contact with the rest of his backroom staff in the second half, perhaps it is no coincidence that Millwall’s standards dropped after the interval. A game they had looked like winning turned into a desperate scramble for a point. 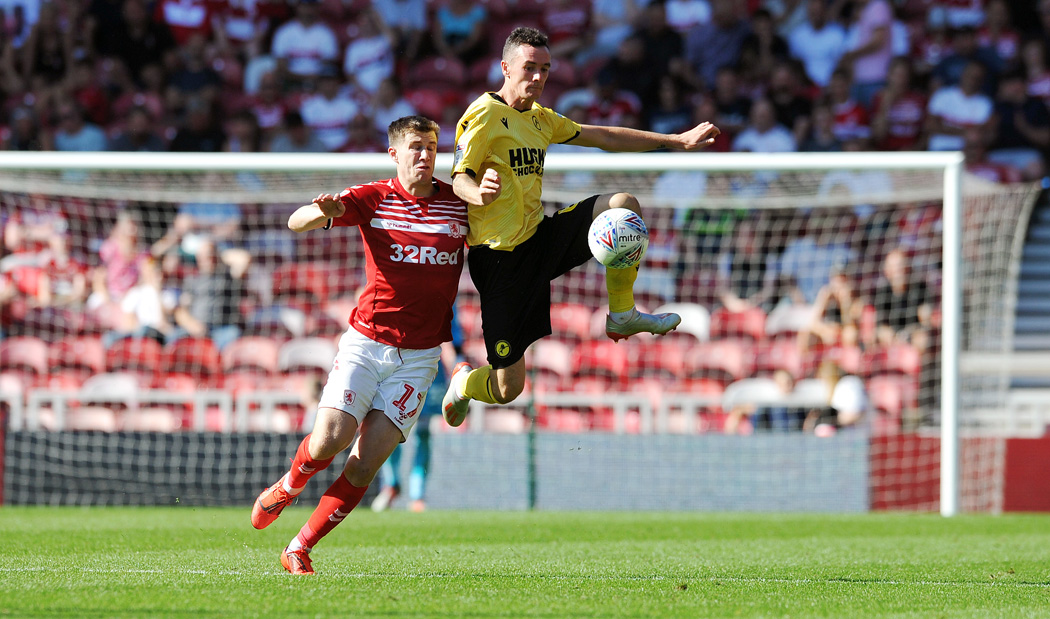 It hadn’t looked like ending that way for most of the first half, when Millwall’s dominance over a Middlesbrough side trying to reinvent themselves under Woodgate was marked.

With the towering Matt Smith and the diminutive Ben Thompson forming a classic ‘little-and-large’ attacking partnership, Millwall caused a series of problems before the break.

They would have broken the deadlock midway through the opening period had Darren Randolph not produced a fine save to tip Thompson’s goal-bound effort over the crossbar, and went even closer from the resultant corner.

Smith’s header was going in until Adam Clayton flicked it against the underside of the crossbar from his position on the goal-line. 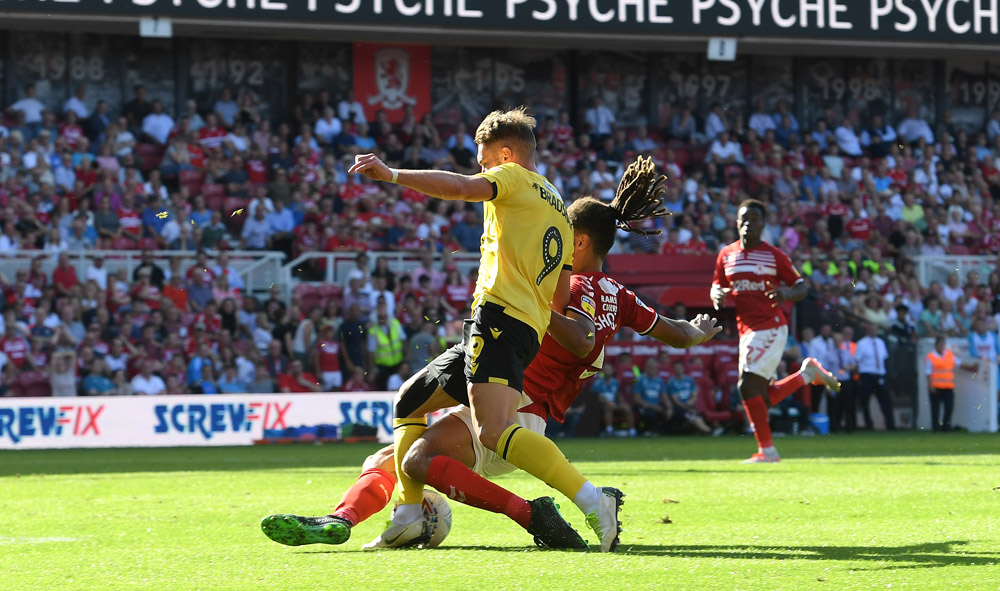 Thompson blazed another decent opportunity over the crossbar after a knock-down from Smith, but the half ended in acrimonious fashion when Harris lost his composure in the technical area.

“I went into their technical area, and that’s a no-no,” said the Lions boss. “So apologies to Jonathan and his group for that. We were so dominant in the first half that I was trying to hurry along with the game.

“He’s (Percovich) got the ball under his arm, and I sort of wanted to hit the ball from under his arm. It wasn’t aimed at the coaching staff, but he’s moved and I’ve hit his arm. There’s no issue there, and I was a little bit surprised I was sent to the stand for it.” 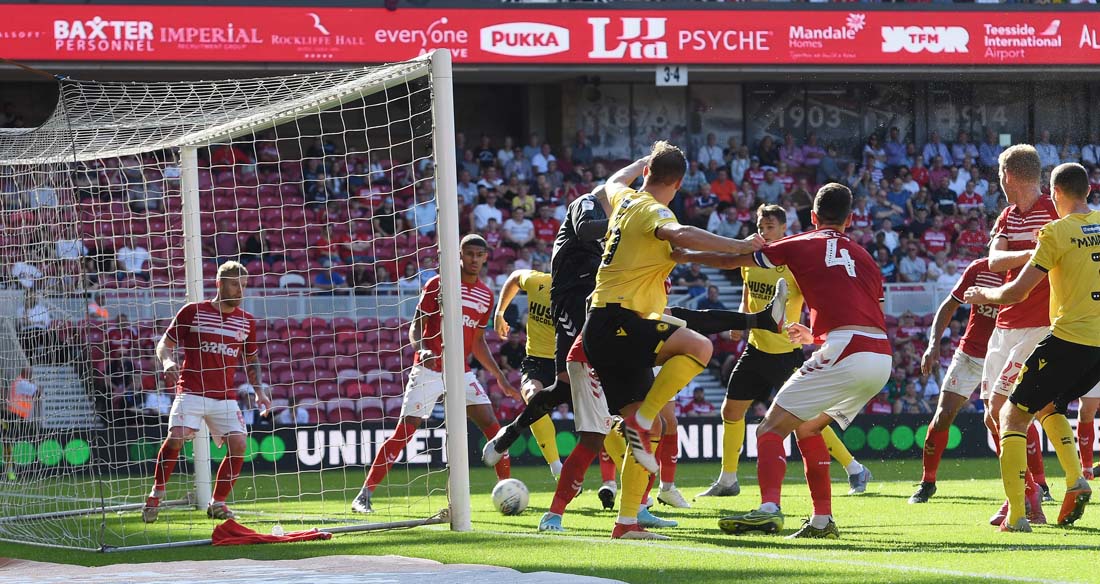 Harris’ mood would have darkened further as the complexion of the game changed after the interval, with Millwall’s midfielders finding themselves forced on to the back foot as their opponents found a new sense of purpose.

Middlesbrough thought they should have had a penalty when Britt Assombalonga’s header appeared to strike Mahlon Romeo on the arm – Woodgate described the incident as “one of the most blatant” handballs he had ever seen – and the hosts broke the deadlock with 20 minutes left.
Ashley Fletcher’s through ball sent Paddy McNair breaking into the box, and the Northern Ireland international swept an assured finish into the corner. 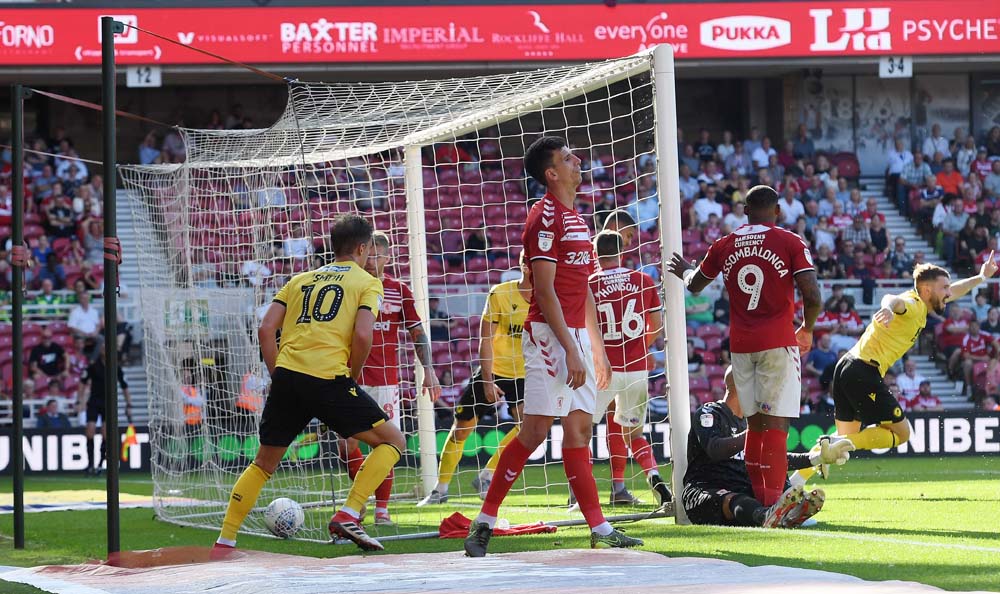 Something needed to change, and while Harris was no longer in the dugout, he was able to relay his desire for a substitution. What a change it proved to be.

With his side preparing to take a corner, Harris sent on Tom Bradshaw for Shaun Williams. Smith nodded the subsequent set-piece back across the face of goal, and with his very first touch, Bradshaw prodded home an equaliser from close range. 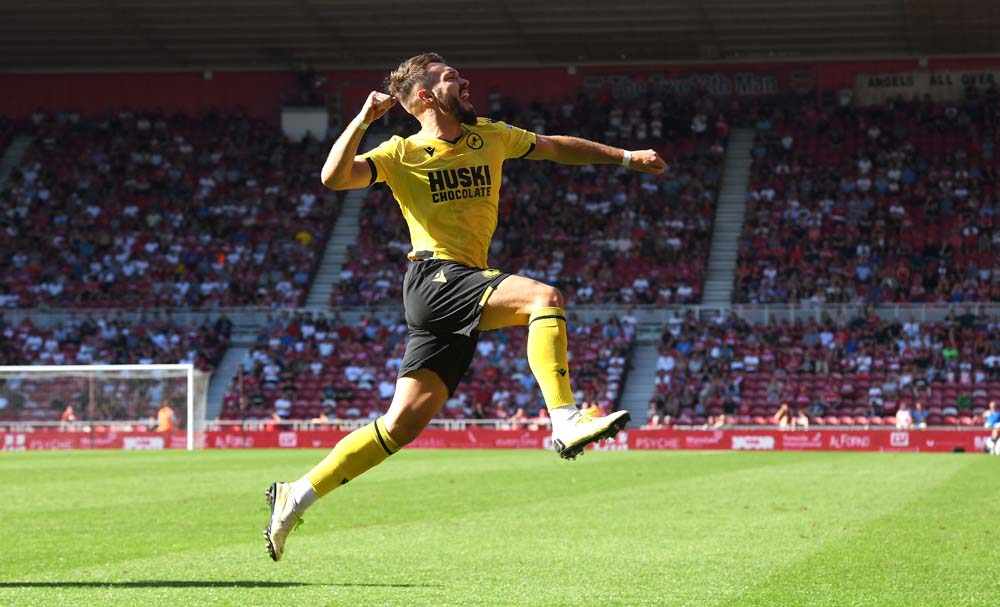 “It was a group decision on the substitution,” said Harris. “As a centre-forward, you want to be on the pitch when the ball goes into the box.

“My gut feeling was we needed him on at a set-piece and he needed that little bit of luck to be in the right place at the right time.” 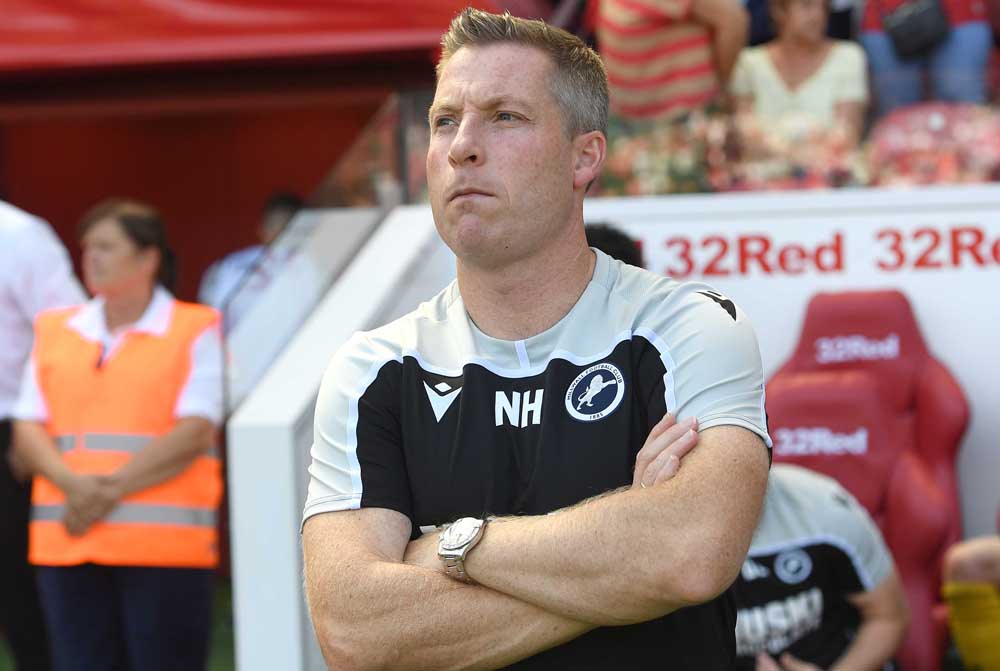 Smith headed an excellent late opportunity wide from close range, before Millwall’s final attack was thwarted when Bradshaw was halted by a sliding challenge from Ryan Shotton as he broke threateningly into the box.