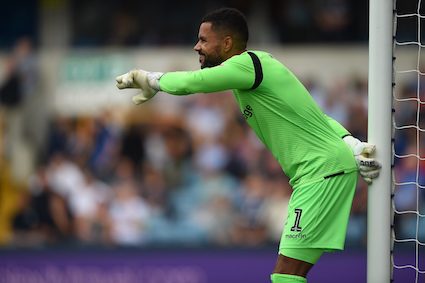 Jordan Archer starts his first game for Millwall since the end of August as he replaces the ineligible Ben Amos for today’s home game against Bolton Wanderers.

The other change which Lions boss Neil Harris makes is an unenforced one as James Meredith returns at left-back in place of Murray Wallace.

Millwall’s striking options are depleted with Steve Morison not even on the bench. With Tom Bradshaw out for the rest of the season following knee surgery, Aiden O’Brien is the only option on the list of substitutes who could play in a more advanced role than much of his career with the South Londoners.

Millwall are aiming to record a fourth straight win at The Den. They have not lost in SE16 since the end of September and have recorded victories since over Aston Villa, Wigan Athletic and Ipswich Town.

Wanderers, 23rd in the league standings, have lost four in a row and only scored once in their last seven matches. They have also failed to net in eight of their previous 10 matches.