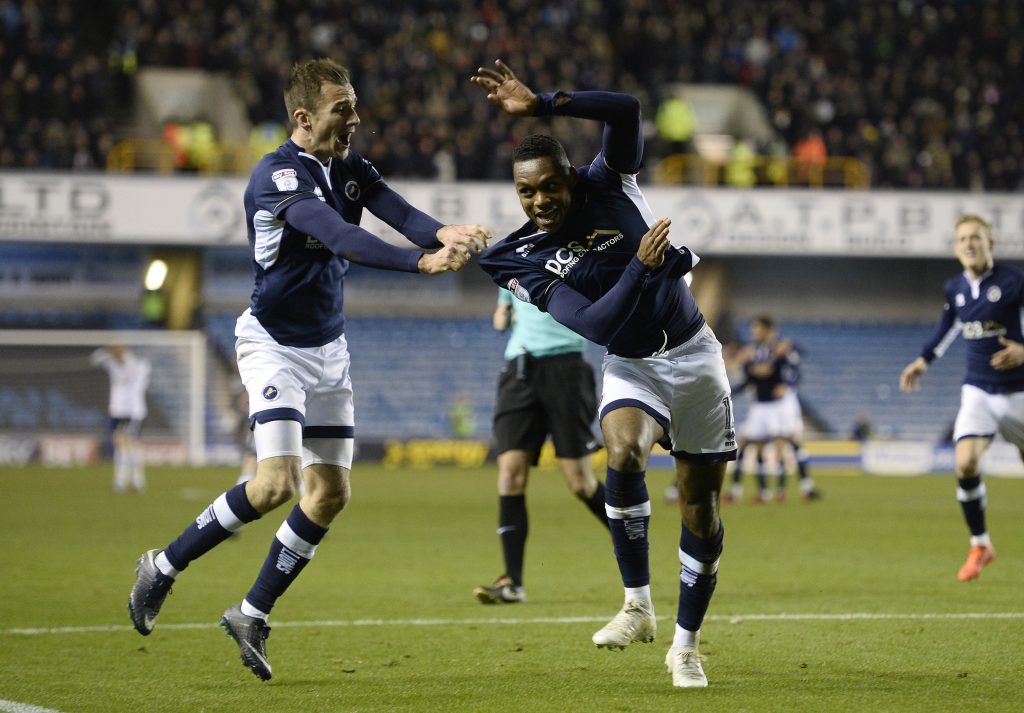 Jed Wallace is back – with a bang.

The Millwall winger is perpetual motion when put on a football pitch. And Saturday saw him return from a three-game suspension to have a huge hand in a 3-1 victory over Sheffield United. It also highlighted what the Lions have missed.

Wallace was direct with his dribbling and a typically roaming incision in the Blades half ended with Lee Gregory slamming the ball home and putting Neil Harris’ side 1-0 up.

It was a dynamic and devastating counter-attack with the goalscorer’s lay-off of Mahlon Romeo’s pass the cue to break with bad intentions.

“A lot of pundits will be gutted to say we’ve scored a good goal,” said Wallace. “They won’t be able to say we’ve flicked it up, volleyed it 800 yards and shinned it in. They’ll be upset we played a bit of good football. A lot of people like to jump on the bandwagon that we’re very direct.

“We’re direct to get into the final third, and when we get there we show quality. Mahlon Romeo’s goal was the same. But the first was probably the best we have scored this season. We’ve had a lot of counter-attacking moves on that level but not quite had that finishing touch. “On Saturday with Gregs’ finish you can see he is a natural goalscorer and the goals will come for him.

“As a wide player when you get two-v-one and are facing two players there is quite often a gap to get through. You either take the risk to try and get through – and get fouled – or nine times out of 10 you get bundled down the line and it’s difficult to get something out of it.

“I came across to take a defender out and then Moro showed his experience. A lot of players probably would have forced a pass to me, but he played it to Gregs.

“Gregs, whether he is playing for Dover or Real Madrid, is always going to create chances for himself because of his workrate. A lot of centre-forwards would still be on the halfway line, where he passed me the ball. That’s the difference. He wants to score goals.

“He deserves it. He’s been brilliant. Because he has not been scoring  people have jumped on the bandwagon that he is not playing well. He’s playing the best football I’ve seen him play. Hull at home, especially, he has four or five turns where he has come out of it with the ball despite three players around him.

“Ultimately strikers get judged on goals. I’ve played with people that have cost £2-3million and don’t look at the goal for six weeks.”

It was a Wallace assist for the third goal as he found the head of Jake Cooper from a free-kick on the left wing.

“I put some snow on it and the big beanpole can get his nut on it – that’s probably the hardest header Coops has had all season. He’s kept heading it at the keeper.

“The geezer is 9ft 5ins tall and built like an ironing board – it’s nice to see him get on the end of something. It is testament to the manager, coaching staff and boys’ attitude that every time somebody comes in from the cold, they do as well as they do. That’s work on the training ground.”

Millwall appealed Wallace’s red card against Burton when he raced in to trip Burton’s Tom Flanagan and prevent a breakaway.

“I can’t not sit and watch games with my referee’s hat on now,” said Wallace. “I watched Wolves on Monday night and there is a blatant red card tackle on [Diogo] Jota from the centre-half. I don’t feel like mine was a dangerous tackle. It’s a lazy tackle to stop him getting foward.

“I saw a tackle on Monday that could have really injured someone for six to eight months and it gets punished with a yellow card.

“Those decisions are fine lines and we need to be on the right side of them with us having a small squad.

“It felt like six months out. Paired off with the international break it was lucky we then had the three games in a week – Saturday-Tuesday-Saturday.

“I probably had my worst game in a Millwall shirt at Sheffield Wednesday. I felt tired in the last couple of games before I got suspended. I had played a lot of football. I wanted to put a positive spin on the suspension and give myself a boost coming into a busy Christmas period.

“When they boys are on it, like they were on Saturday, it’s easy to feel good.”