There will have been plenty of matches that Neil Harris will have felt far worse about losing – and that isn’t just to do with the fact that this was League Cup.

Okay, so that is one of the reasons. For most of the Championship clubs – focusing on a promotion push or aiming to consolidate at the level – these games feel  like more of a chore than a pleasure.
Millwall reached the third round of this competition last season but still made a raft of changes for a 3-1 defeat at The Den. 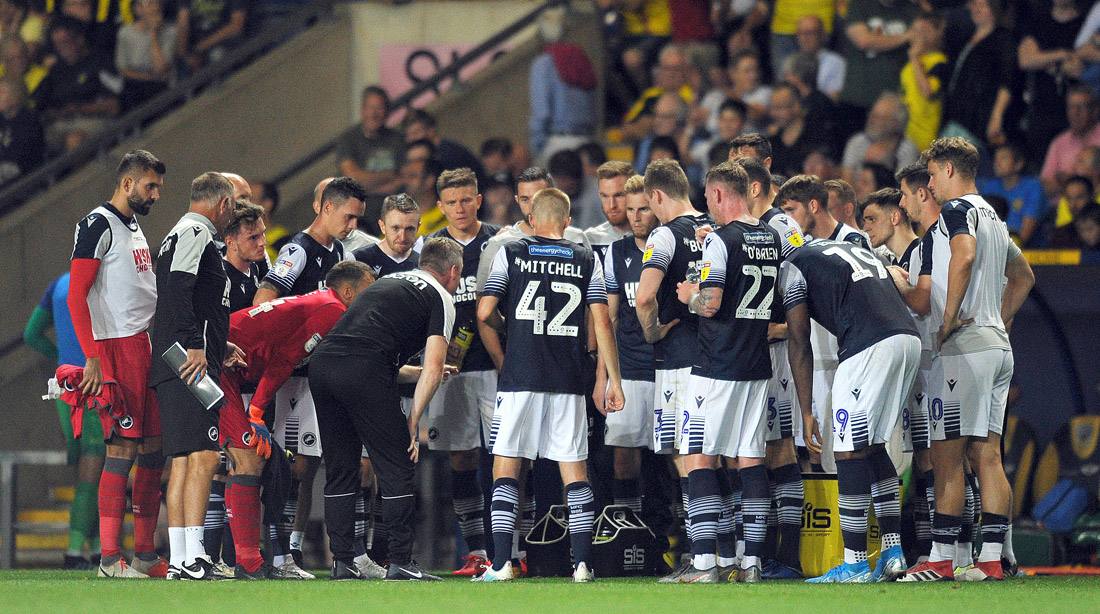 Only the sexiest of draws on Wednesday night would have changed that approach if the South Londoners had seen the job through in Oxfordshire. And, as long as sponsors Carabao did not turn on the special magnets then it would have been West Ham United at The Den. Tasty.

But the EFL Cup has not been a complete waste of time for the Lions.

Tom Bradshaw and Aiden O’Brien got their first goals of the season at West Bromwich Albion in the previous round. And Jon Dadi Bodvarsson struck twice on Tuesday night – the summer signing from Reading taking both chances well. 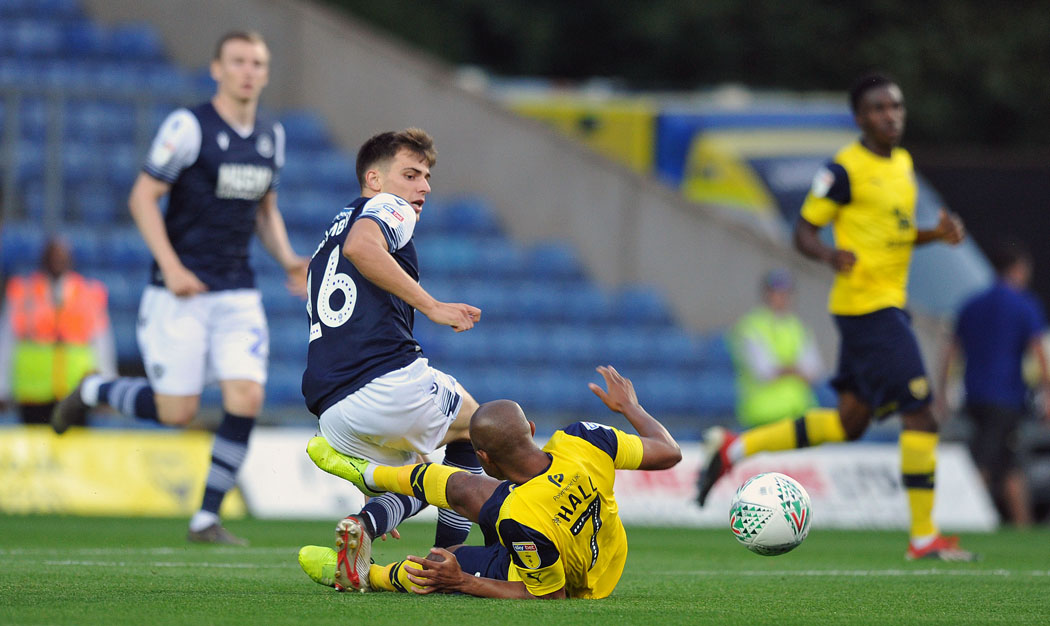 His first on 29 minutes was about as route one as you could get. Luke Steele’s long kick was flicked on by Tom Elliott, returning from a hamstring injury, and Bodvarsson nicked the ball inside John Mousinho before firing past Simon Eastwood.

The second got more style points.

Millwall mixed up their approach well, largely getting the ball down and putting together some slick passing moves. 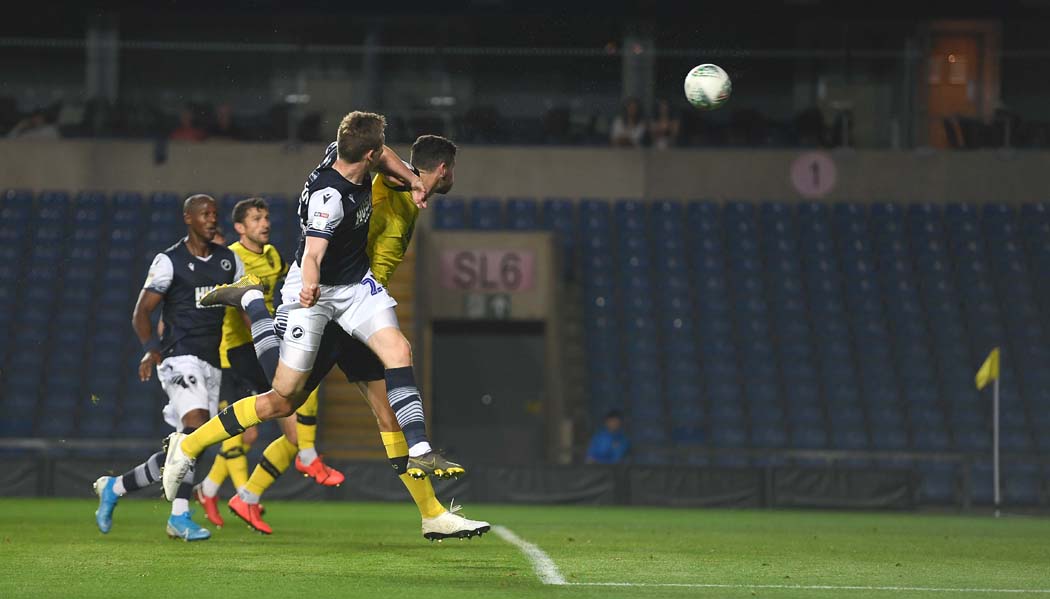 Jason McCarthy whipped a delivery in to the near post and Bodvarsson got his angles spot on with a deft header.

You would not have believed at that stage that an Oxford comeback was on. And it surely wouldn’t have been if Bodvarsson had maintained his clinical touch.

Almost instantly he had the chance of a first hat-trick in English football. O’Brien did everything right as he released Bodvarsson inside the box, but this time his effort clipped off the base of the right post and out of play. 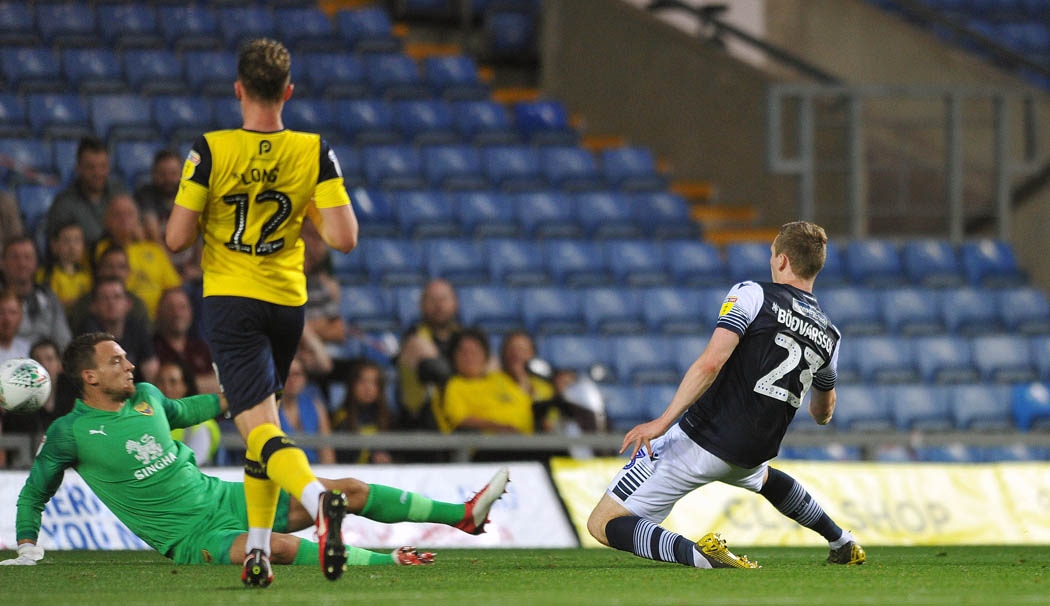 Then a header back across the face of goal by Jake Cooper was just too high for O’Brien. Bodvarsson also appeared to get the final touch on a goalmouth scramble which saw frantic Oxford defending on the line.

It wasn’t as if the home side did not threaten – Steele made a couple of important stops in the first half with the highlight being clawing away Rob Hall’s free-kick – but they were within sight of the finishing line when the contest turned. 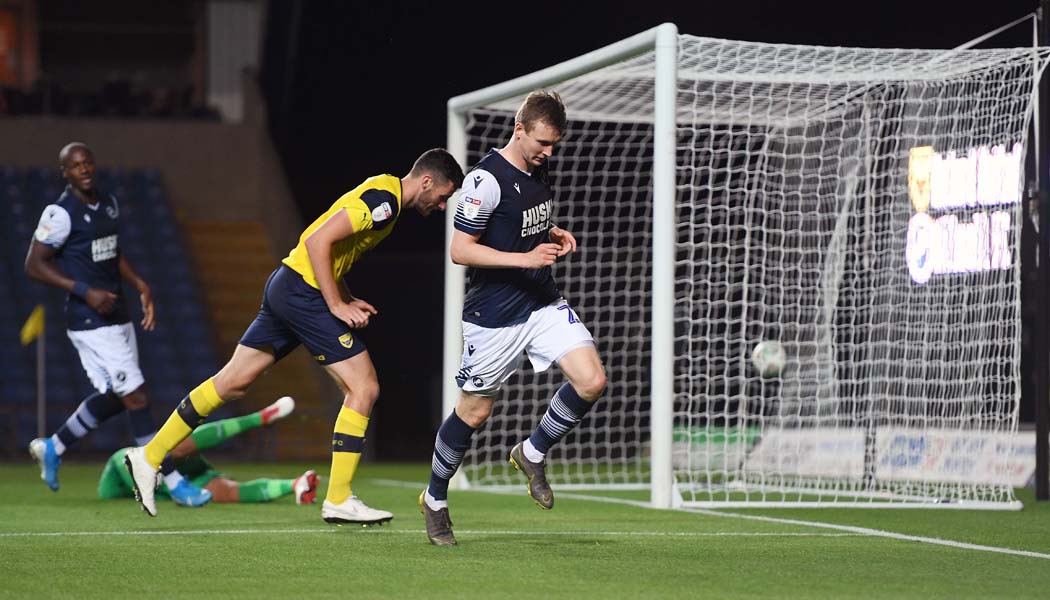 There was a huge amount of luck to Mark Sykes’ goal in the 87th minute. Cooper slid across to try and block but only succeeded in deflecting it beyond the helpless Steele.

But, if we are trying to be fair here, Oxford seemed to have a very strong claim for a penalty rejected right at the end of the first half for a pull on Shandon Baptiste. His shirt was clearly being tugged.

Home boss Karl Robinson made a point of waiting for referee Craig Hicks as he left the field of play.
Four minutes into added time and they did get the spot-kick which ensured there would be more taken  to decide who went through. 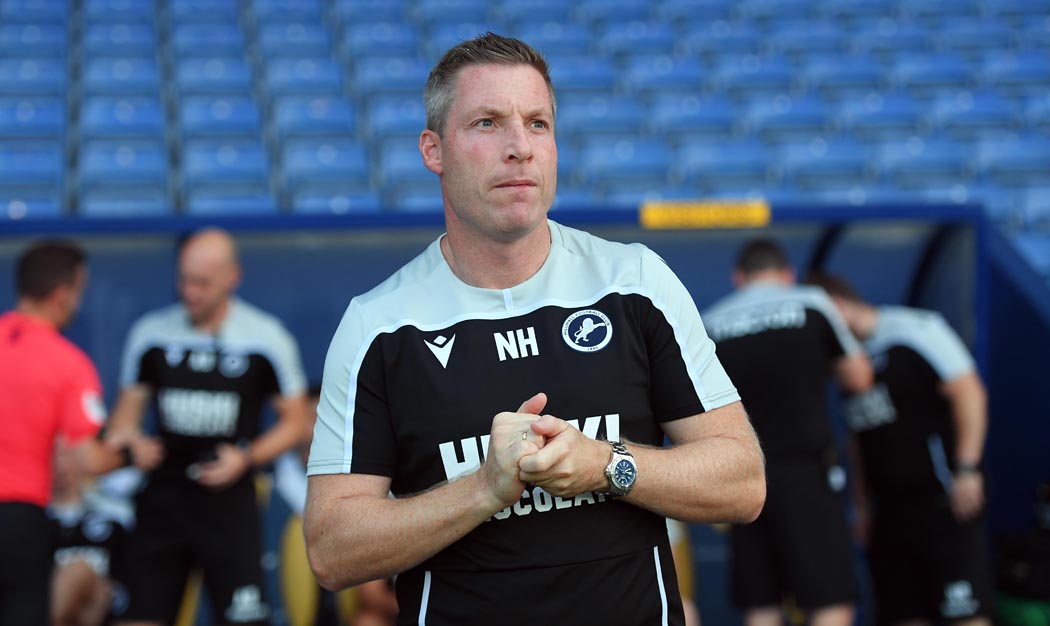 O’Brien was ruled to have brought down substitute Ben Woodburn – Cooper’s attempts to head a diagonal ball away actually turning into a flick on – and James Henry, once a Lion, emphatically converted.

McCarthy was first up in the shootout and had no issues beating Eastwood. But Bodvarsson’s attempt clipped off the top of the bar. Shane Ferguson, taker number three, produced an attempt which can be filed under ‘perfect height and position for a keeper’ – Eastwood duly saved it.

Shaun Williams kept Millwall alive as he found the back of the net but Mousinho maintained Oxford’s 100 per cent record.

Harris also used the game to trial playing a diamond in midfield – youngsters Billy Mitchell and Jayson Molumby both impressing with busy and eager shifts playing just in front of Shaun Williams.