Millwall Sport
12 October 201812 October 2018 Richard Cawley 0 Comments
BY RICHARD CAWLEY
[email protected] Ryan Leonard always looked a good fit for Millwall, and nothing has dispelled that notion just over a month since he swapped Sheffield for South London.

The 26-year-old has quietly settled into the Lions midfield and shown all the hallmarks of a Neil Harris signing – an unstinting work ethic and a powerful runner even in the closing stages of matches.

You don’t need to scratch far below the surface to realise that Leonard, who had been a transfer target for the Millwall manager as they prepared for Championship life in the summer of 2017, is already beginning to exert his influence.

Tom Elliott’s winner against Aston Villa on Saturday came after the club-record signing got a vital touch in the box. It was his third game in a row where he claimed an assist. 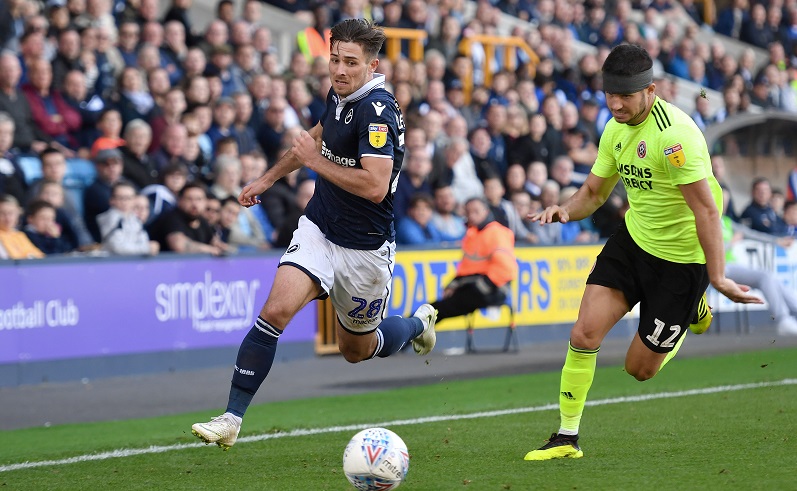 And there is every reason to believe there is more to come from Leonard.

He had played just an hour of league football for Sheffield United before he joined Millwall at the end of August.

He immediately surpassed that total on his debut against Leeds United – playing every minute of Championship football from that point.

The ex-Southend United man got to experience Status Quo’s Rockin’ All Over The World on Saturday pumping out the PA as the Lions ended an eight-game winless run in the league.

“There was a sigh of relief,” said Leonard. “That was my sixth game and it was nice to finally get a victory under our belt and get going.

“The result at Forest [a 2-2 draw last Wednesday] really helped. 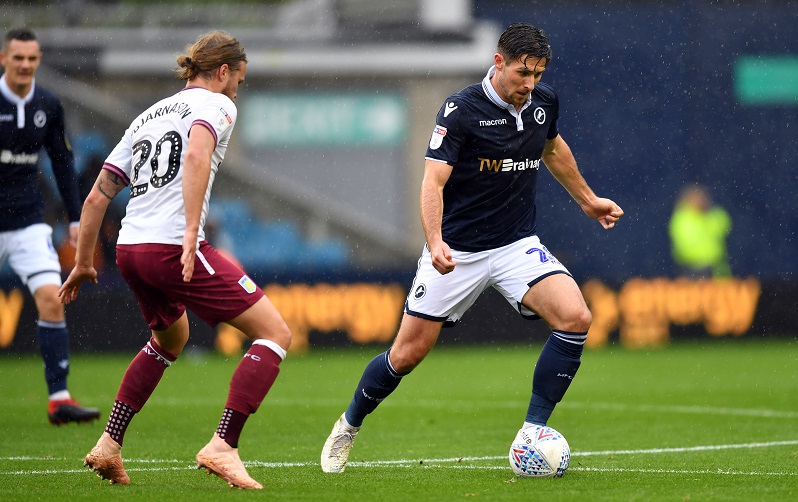 Coming from two goals down showed a great belief. We wanted to start well on Saturday but we didn’t [Tammy Abrahams scoring early for Villa].

For the lads to come back and get the win was massive – we needed it.

“There only looked like being one winner when we got ahead. We have to build on this result.

“I’ve got three assists in a row and I don’t think I’ve had one for about three years before that! If I’m not scoring but setting them up then I don’t mind.

“I was surprised at myself fitness-wise in the first couple of games. I felt a lot fitter than I thought I would – I’d not played 90 minutes in nearly a year. It was a little bit of a concern.

“But I am quite a fit lad and I’ll get back to where I know my fitness can be. It’s a big part of my game that I seem to be stronger and fitter later in a match.

“I knew the manager from before [playing together at Southend] and he and his staff put a lot of trust in me – I have to put trust in them as well. I wanted to do well for the club and so far, so good. 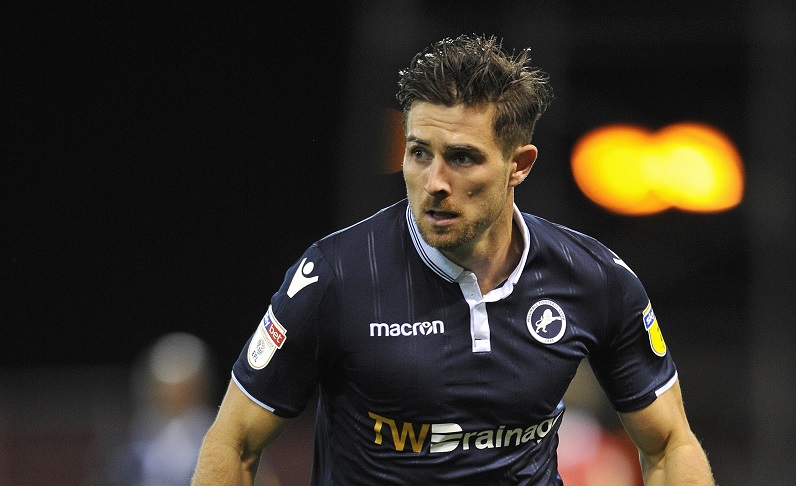 We’ve not had all the results we wanted – our performances have warranted a lot more than the points we have picked up.

“Four of the first six teams we faced since I got here have been in the top six.

But every game at this level is tough – loads of ex-Premier League clubs or teams who are at this level because they have got good players or a good manager.

I don’t think we have played poorly, apart from at QPR. We’ve deserved at least a point in every other match.”

Leonard’s long throw is a new weapon for Millwall – especially with aerial powerhouses like Jake Cooper and Tom Elliott.

“It was only when I was about 18 I found out I could get the ball a long way,” he explained. “It’s an option we can use, but we shouldn’t use it every time because teams find ways to counteract it.

“It’s a good option to have, especially late in games. We got a goal on my debut from a throw-in, which was nice. Moro [Steve Morison] and big T [Elliott] are good targets.

“Jake is about 7ft 2 and can jump to make himself 8ft! A lot of teams have tried to stop him but he is a big boy and aggressive as well.

It works for us. The boys can put in great deliveries [from set-pieces] and we can try and get on the second balls if he doesn’t win it.”

Leonard believes he has family links which could make him eligible to play for Scotland. But on international breaks he stays away from watching any football.

“If we get a day off I get as far away from it as possible. I’m more likely to be on a golf course. I’m terrible, but I like playing.”