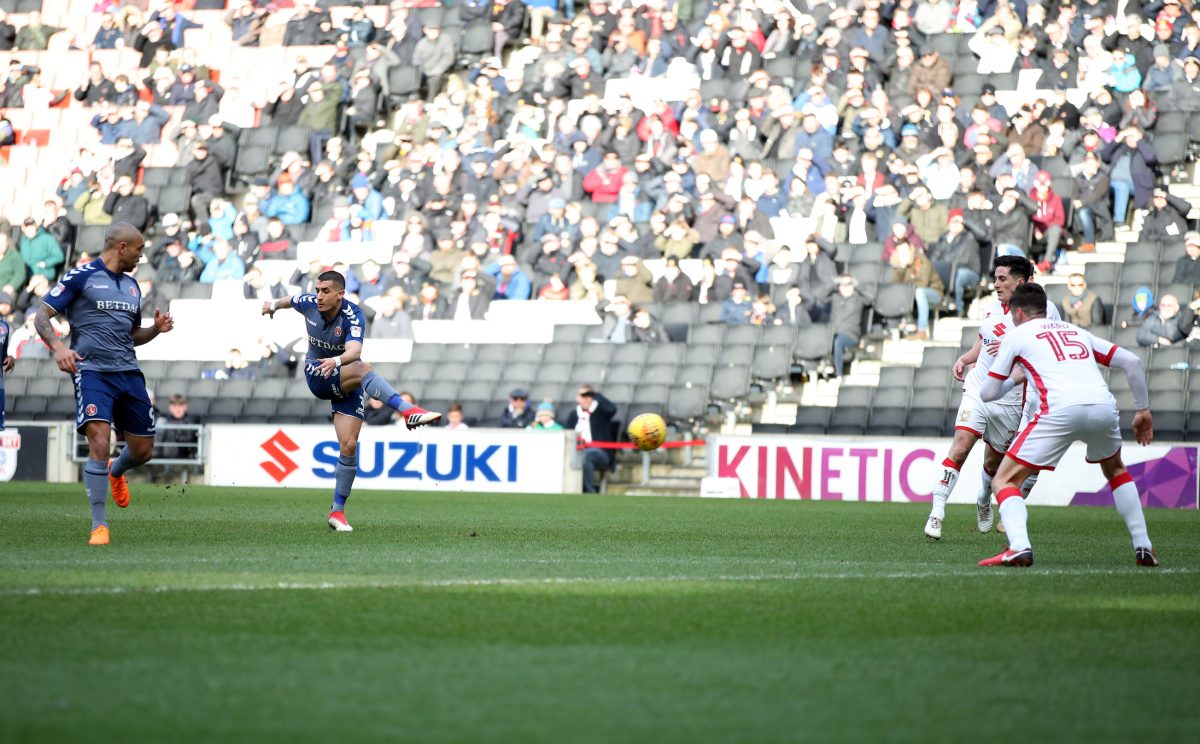 Charlton finally ended their recent run of squandering points late-on as they held on to win 2-1 at Stadium:mk.

Goals from Ahmed Kashi and Josh Magennis were enough to see the Addicks climb back onto League One’s top six, despite Kieran Agard’s header setting up a nervy final 25 minutes.

The first real moment of quality in the game heralded the opening goal. Kashi capitalised on a loose ball in the hosts’ midfield to burst forward and plant a firm strike beyond Lee Nicholls in the Milton Keynes goal and claim his second goal of the season.

The home side, who were booed from the field by their supporters at half-time, struggled to cause the Addicks defence any problems in the first-period. Indeed, the visitors may well have stretched their lead further.

Ben Reeves, on his return to Stadium:mk, saw an effort blocked inside the area from Joe Aribo’s pull-back, with defender Patrick Bauer soon off-target with a header from a Reeves delivery.

The 26-year-old Reeves was involved again just before the interval as his strike from range whistled beyond the far-post.

Karl Robinson’s men were straight back on the front-foot at the start of the second-half, with Aribo desperately unlucky to see his right-footed effort rebound off an upright as he took aim from just inside the area.

Amos was finally called into action just before the hour-mark, as Ousseynou Cisse broke into the area, crossing for Callum Brittain to volley straight at the Addicks stopper from eight yards.

The South Londoners did double that lead but were pegged back to within one goal almost immediately.

Magennis was on hand to bundle home Jake Forster-Caskey’s cross to give the Addicks daylight – but that was extinguished straight away when Agard touched a set-piece beyond Amos with 28 minutes of normal time left to play.

Robinson brought Harry Lennon on and reverted to three at the back as he looked to prevent his side from losing points from a winning position for a fourth game in a row.

Amos had to be alert to hold Robbie Muirhead’s effort after a set-up from Josh Tymon as we entered the final ten minutes.

Magennis nearly extended the lead again as he stretched Nicholls with a low-effort on the counter late on but thankfully a third goal wasn’t needed as Charlton earned their first win in four games.