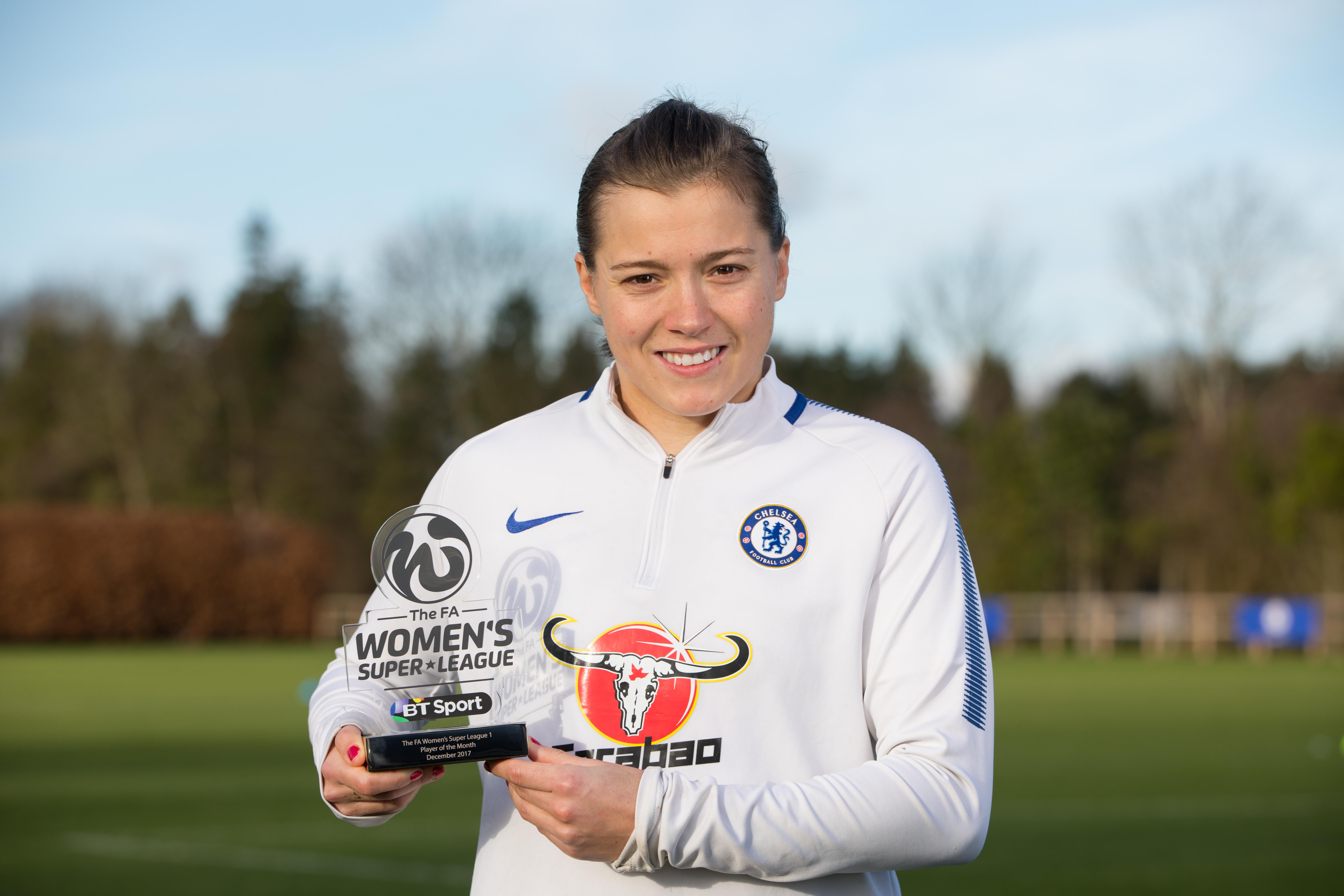 Chelsea Ladies’ Fran Kirby has won The FA WSL 1 Player of the Month award for December.

Super Fran Kirby, Chelsea’s very own ‘Mini Messi’ is the latest winner of the WSL1 palyer of the month award for December.

Playing in all three of Chelsea’s FA WSL Continental Tyres Cup games, the striker netted six times including goals against Yeovil and Tottenham and a match winning hat-trick against Liverpool to set up a semi-final against rivals Manchester City this Sunday.

Kirby said, “Overall, I was really happy with how I performed and also as a team we got some really good results so it was a really positive month and hopefully I can continue that form throughout the year.

“Scoring a hat-trick against Liverpool was a really big moment for me. It was only my second hat-trick for the club. It’s been nice to get a run of games as well, with my injury I’ve been in and out so it’s been nice to play consecutively on the bounce and also get the hat-trick.”

Kirby and her team-mates take on league leaders Manchester City at Kingsmeadow on Sunday in the Contimental Tyres cup semi-final. Kick-off is 2pm.