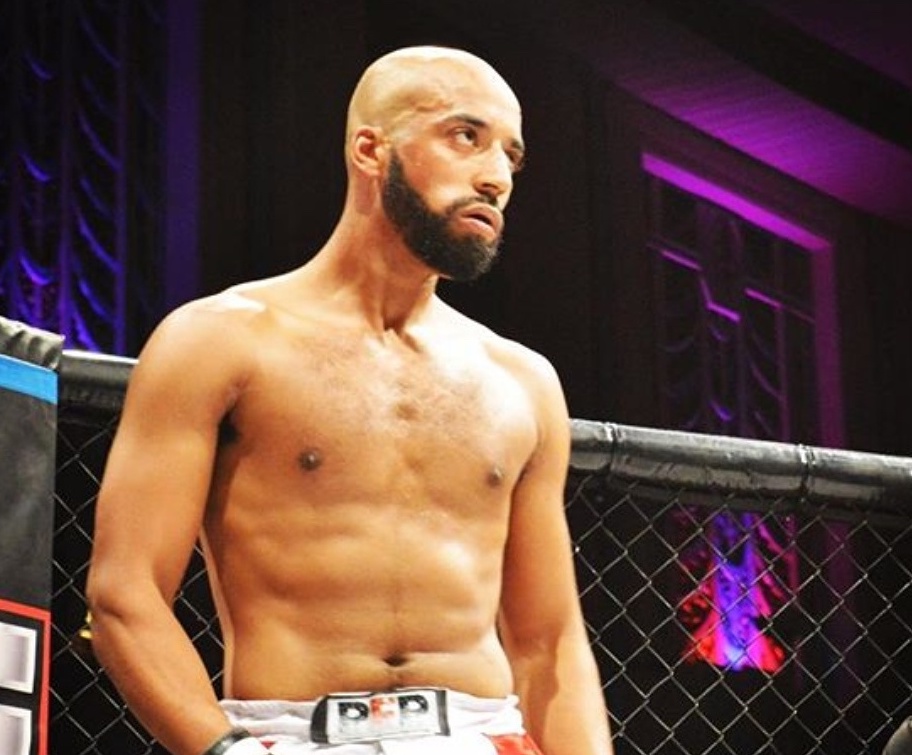 Kennington’s Jahreau Shepherd is in action at Wembley Arena in the Bellator 200 on May 25.

Shepherd will be making his second professional appearance when he steps into the cage on Friday to fight Marcin Zywica in front of what will feel like a home crowd.

The 27-year-old is relishing the opportunity to fight on such a prestigious fight card.

He said: “I’m extremely happy and excited to be fighting at Wembley. I made my professional debut there fighting for BAMMA, so to be returning there for my second bout and now with Bellator, is just second to none. It’s an honour to be fighting at such a prestigious venue.”

Shepherd grew up playing football at the Kennington Park Astro Turf and was into sports as a kid. After getting into trouble at school for fighting, he moved to live with his dad in Bristol.

It was then he started honing his fighting skills in a disciplined manner and started taking boxing lessons in the local gym.

“My dad asked me what I wanted to do with my life and my only thought was boxing. I knew I was good at fighting, so boxing made sense, but I was watching MMA from about 13 years old and was fascinated by how many different ways there were to finish a fight.”

He moved back to Kennington when he was 17 and unfortunately fell back into his old ways and got into trouble with the police for fighting, leading to an assault charge and a short prison sentence.

Two more trips to prison followed. When Shepherd was in the third time, he knew something had to change.

“I decided that enough was enough and it was time to sort my life out. I stopped smoking while in prison and started doing cardio training. When I came out I was ready to show the discipline needed to pursue a fight career.

“I told my uncle when I came out that I wanted to pursue MMA and do something positive and disciplined. He introduced me to my current manager Martin Ireland and from these connections I have met my mentor and manager Danny Beevor, who runs pound-for-pound in Beckenham with Martin, and Alex Montagnani, Rico Biggs and Barry Ryan, who are a part of pound for pound and Team Mean in Tooting Bec where I also train.

“I won my first amateur fight in 54 seconds after losing 23 kilos to make weight. That was good test as you can look great in training but you don’t know until you get into the cage.”

After losing on his professional debut at BAMMA 34, Shepherd has been determined to cover all bases in his preparation for his second professional bout. He was working as a chef in Southwark but has left to pursue his MMA career full time.

He said: “My prep has been perfect. I’ve changed my fight camp, doing more grappling, takedown defence and get ups, and working bad positions you can get stuck in and correcting them.

“I’ve also been doing lots of movement work and one-to-one taekwondo with my coach Nathan Roye and jujitsu with Eamonn Madden.”

“I respect my opponent a lot and think very highly of him. We met at BAMMA 34 and there is no animosity, I respect his skills but I am coming in there to put on a display of ultimate violence. It’s nothing personal.”

“I’m eager to see Daniel Crawford from Croydon’s fight too. I do some grappling sessions with him so I’m looking forward to supporting him. And of course, to be on the same fight card as legends such as Mirko Cro Crop is exciting.”

A number of local businesses are sponsoring Shepherd, including Valerios’ designer clothes shop in Waterloo, and PJ Frankland Butchers and the Tea House Theatre in Vauxhall, as well as South London-based MyBubaloo and mikey2design.