Hundreds of children tried to catch up with Sir Mo Farah on Sunday.

The attempt was doomed to failure as the multiple Olympic gold medal winner won the Vitality Big Half marathon.

But that did not stop them trying – and raising thousands for charity in the process.

South London was on the global sports stage yet again as the second edition of The Vitality Big Half took place through the boroughs of Lewisham, Southwark and Greenwich. 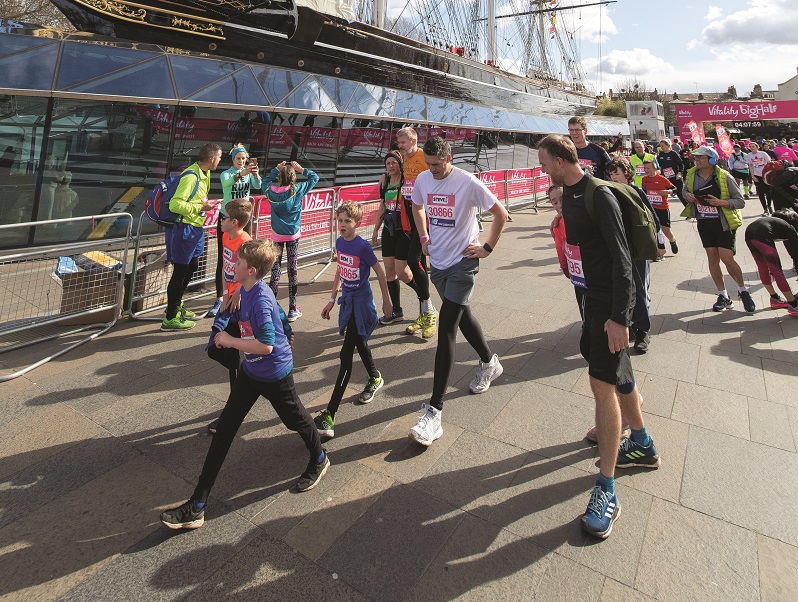 But 13,353 runners also crossed the finish line by the Cutty Sark in Greenwich. Andrew Smith, race director said: “All the boroughs have been fantastic, with an extra 1,000 people from them running this year.

“It adds to the atmosphere and community spirit of the event as these runners are coming past peoples’ front doors. We want people to embrace it.”

A large number of South London organisations were involved in the event, raising money for charitable causes including the Charlton Athletic Community Trust, Lewisham and Greenwich NHS Trust and Sacred Heart School in Camberwell among others, and for the Mayor of Greenwich, Councillor Christine May, whose chosen charities are Emmaus homeless charity in Greenwich and Demelza Hospice Care of Children in Eltham, it was great to see the event finish in the borough.

She said: “Greenwich is such a wonderful place and what a place to finish it at the Cutty Sark,” she said. “My son ran in the race.

For more information about the Vitality Big Half, visit www.thebighalf.co.uk.