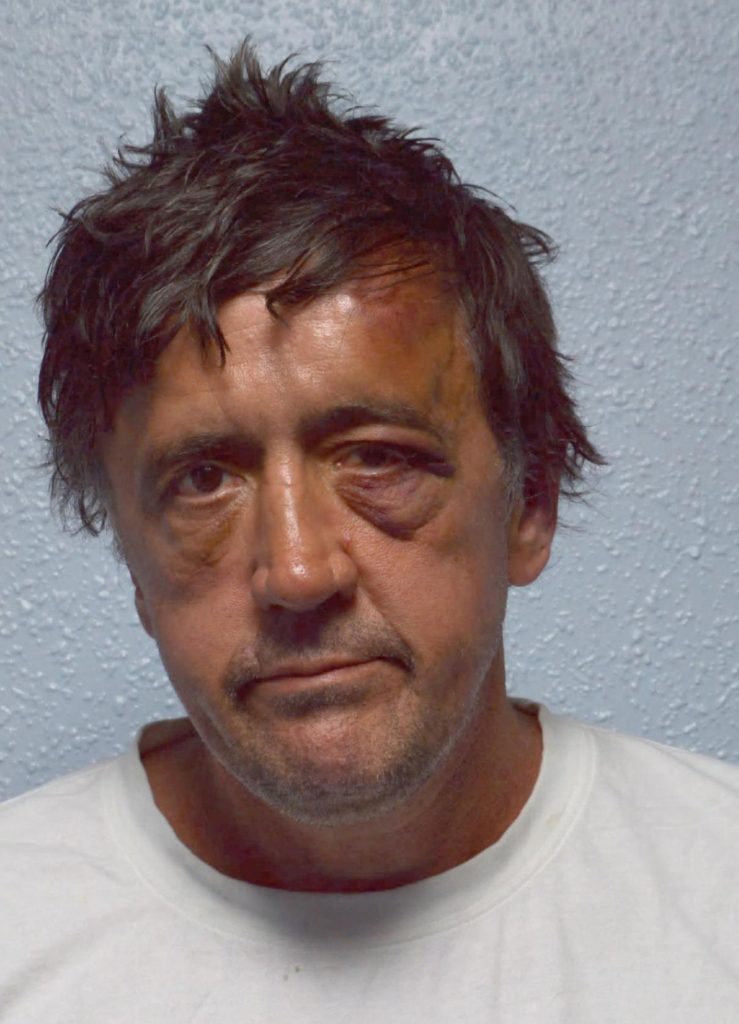 An anti-Muslim terrorist who was convicted of killing and maiming outside a mosque, had looked in South London for places to attack.

Darren Osborne, pictured, was sentenced to life imprisonment on February 2 for the murder of one man and injuring several others in the early hours of June 19, following a nine-day trial at Woolwich Crown Court.

Police confirmed he tried to target a pro-Palestinian march in central London, hoping to attack the maximum possible number of people. But when he found all roads were closed to vehicles, he drove to Lewisham and walked in the area of its Islamic centre.

The 48-year-old Osborne had hired the van from a vehicle hire company in Pontyclun, Wales on the morning of June 17 last year. Later that day, he was at a pub in Cardiff, where he was seen on the CCTV footage writing the letter that was found in the van after the attack. Officers believe he drove from Cardiff to London on June 18 to target the ‘Al Quds’ march, where he thought a large number of Muslim people would be present.

But Osborne was unable to access the march route with his vehicle. Officers managed to track down a taxi driver who confirmed that Osborne had asked him for directions to Grosvenor Square – the location of the end of the march – but that he’d told him it was closed off to traffic.

At this point, it is believed that Osborne decided to change his plans and, after driving to South London, where he asked for directions to mosques, he was captured on CCTV in Lewisham. He was seen walking across Lewisham High Street to the Lewisham Islamic Centre. But he decided for some reason not to carry out his attack there. Later that day, he ended up in Finsbury Park. Osborne claimed it was not him who had been driving the van, but a co-conspirator called ‘Dave’ who had disappeared into the night after carrying out the attack.

The presiding judge told the court that Osborne’s actions were a terrorist act, as defined by section 30 of the Terrorism Act 2008. As such, Osborne was subject to a higher sentencing tariff and must serve a minimum of 43 years before being considered for parole.

The judge commended a detective sergeant on the investigation for his work and an imam, Mohammed Mahmoud, for his actions calming a crowd at the site of the incident following the attack.

Commander Dean Haydon, Head of the Met’s Counter Terrorism Command, said: “I welcome the judge’s decision to sentence Osborne under the Terrorism Act, which reflects the gravity of his actions.

Osborne’s evil and cowardly attack meant a family has tragically lost a husband, father and grandfather.

There were also 12 others, who, having gone to Mr Ali’s aid, sustained various injuries from the collision. Some of those injured have still not fully recovered and could suffer from health issues for the rest of their lives.

Commander Dean Haydon added: “I would like to pay tribute to Mr Ali’s family and the local community in Finsbury Park, for their tremendous support and understanding with our investigation during what must have been an extremely difficult time for them. From the very outset, this investigation has had the full weight of the Met’s Counter Terrorism Command behind it and I hope today’s outcome means those affected can start to think about putting this terrible ordeal behind them.”