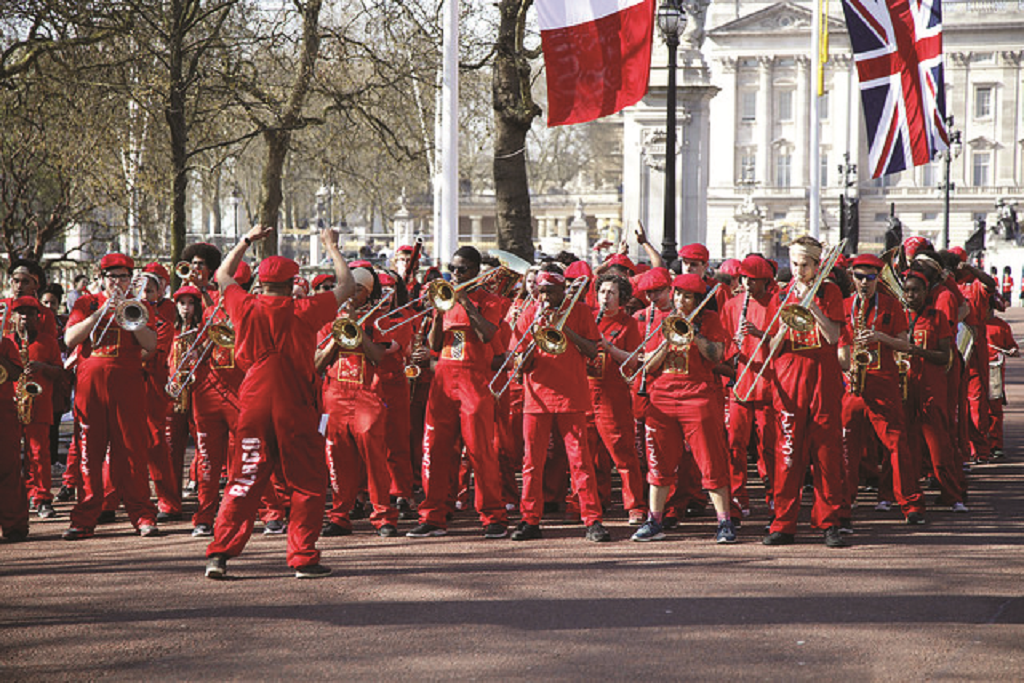 A musical performance by schoolchildren welcomed world leaders to Buckingham Palace last week for the formal opening of the Commonwealth Heads of Government Meeting (CHOGM).

Youngsters from Southbank centre-based Kinetika Bloco put on a display outside the palace as prime ministers and presidents arrived at Buckingham Palace.

The 120-strong acts included schoolchildren from Prendergast Vale School, Jas Daffu from Bollywood Brass Band, the Powered by Percussion Dhol Drummers and a group of dancers from the Ama Rouge ensemble.

Kinetika Bloco aims to get young people from South London involved in music and creativity to help develop their leadership skills and career potential.

Nathan Dodd, 12, who is from Lambeth and plays the alto saxophone, said: “Being a part of the Kinetika Bloco Commonwealth performance is a chance to portray the excellence and diversity of London’s music to the Queen and the 53 VIPs.”

Tamzyn French, Kinetika Bloco manager, said: “I think being a part of this opening performance is a great opportunity for our young people to learn more about the Commonwealth and to feel valued as artists and young people who are positioned right up front and centre at the start of this meeting.”

The Commonwealth Heads of Government Meeting followed three days of forums attended by thousands of people from across the Commonwealth with the themes of business, people, women and youth, as well as other events celebrating the diversity of the Commonwealth.