Surrey not only head into the final day of the County Championship’s group phase today against Somerset at the Oval hoping to avoid defeat, but also needing a favour from fiercest rivals Middlesex.

If Surrey were to lose to the west countrymen – the Oval outfit start day four requiring a further 41 runs to avoid the follow-on, with just two first innings wickets intact – and if Leicestershire were to get a draw from their clash with Middlesex, it would mean Surrey going forward to Division Three in September (to decide placings 13th to 18th), rather than Division Two.

Fortunately, Middlesex appear to have the upper hand at Merchant Taylors’ School, despite slipping to 17-4 in their second innings. Thanks to Stevie Eskinazi’s 53 not out, the north Londoners have a healthy 272-run advantage.

Surrey, if they do follow-on to Somerset, will have to show the same resolve that earned them a draw against Hampshire last week. Openers Rory Burns (50) and Mark Stoneman (67), who put on 98 for the first wicket yesterday, could have a big say. 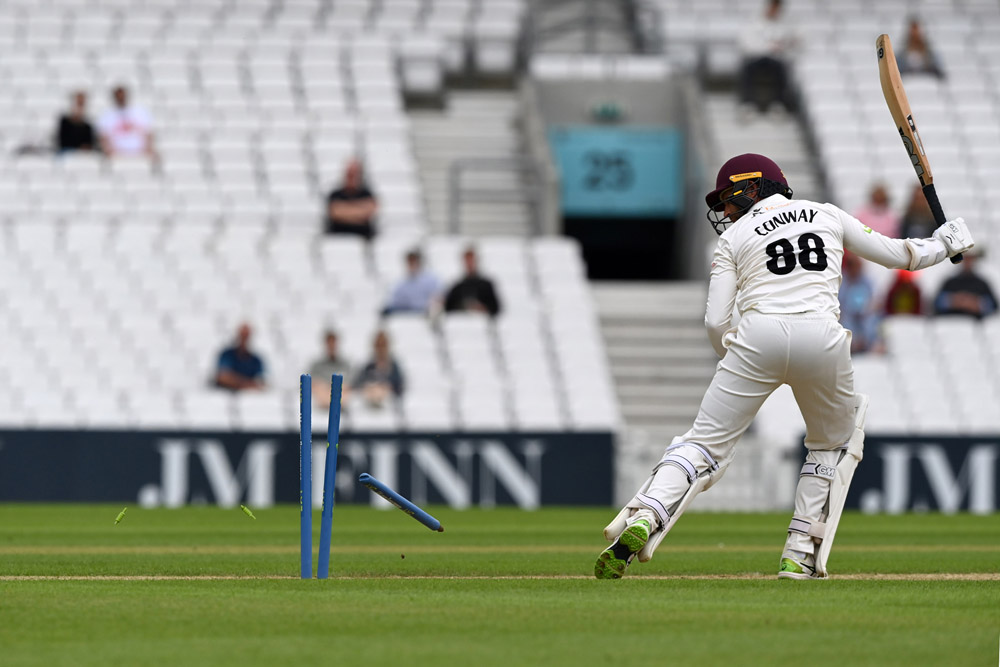 “Today, the context of the match meant that we were there to soak up as much pressure as we could and try and take some partnerships deep, to get a stronger foothold in the game after a tough first couple of days.

“To a degree we did that. Obviously, there were a few dismissals we’d like to take back if we could. But, all in all, we showed what we’re meant to be about. Hopefully, we can do the same again tomorrow.”

Stoneman added: “The tired, slow nature of the pitch means it was never going to be quick-scoring. As the day progressed there was a little bit more on offer [in terms of spin], as the pitch wore and the sun shone down on it, and that meant Jack Leach was able to create some problems. 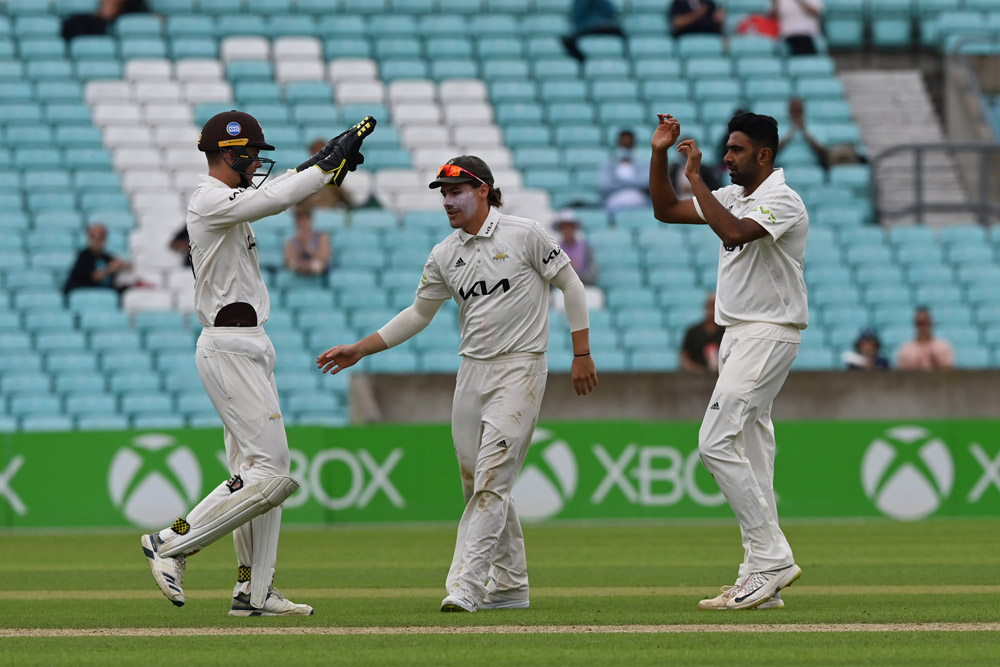 “The fight and the commitment from the players is always there. I know after a few results this year there have been some unhappy members – and rightly so, because we’re better than what we’ve shown at times. We’ve shown that today, to a degree, and we’ve got to do that again tomorrow.”

Meanwhile, Surrey have confirmed that the thigh injury Ollie Pope suffered in the Vitality Blast clash with Kent at Canterbury on July 2 is likely to rule out the 23-year-old until the start of England’s Test series with India, which gets underway on August 4.

Jamie Overton, who sustained an injury to his thigh, fielding at short extra cover on day one of the on-going championship match with Somerset, is major a doubt for Friday’s all-important Vitality Blast game with Gloucestershire at Cheltenham.

But the hope is Reece Topley (side strain) will be fit enough to make his first appearance since the end of May.

Surrey, who are fifth in the South Group of the Blast, need to beat Gloucestershire, and hope Somerset can do likewise on Sunday, to secure a place in the quarter-finals.