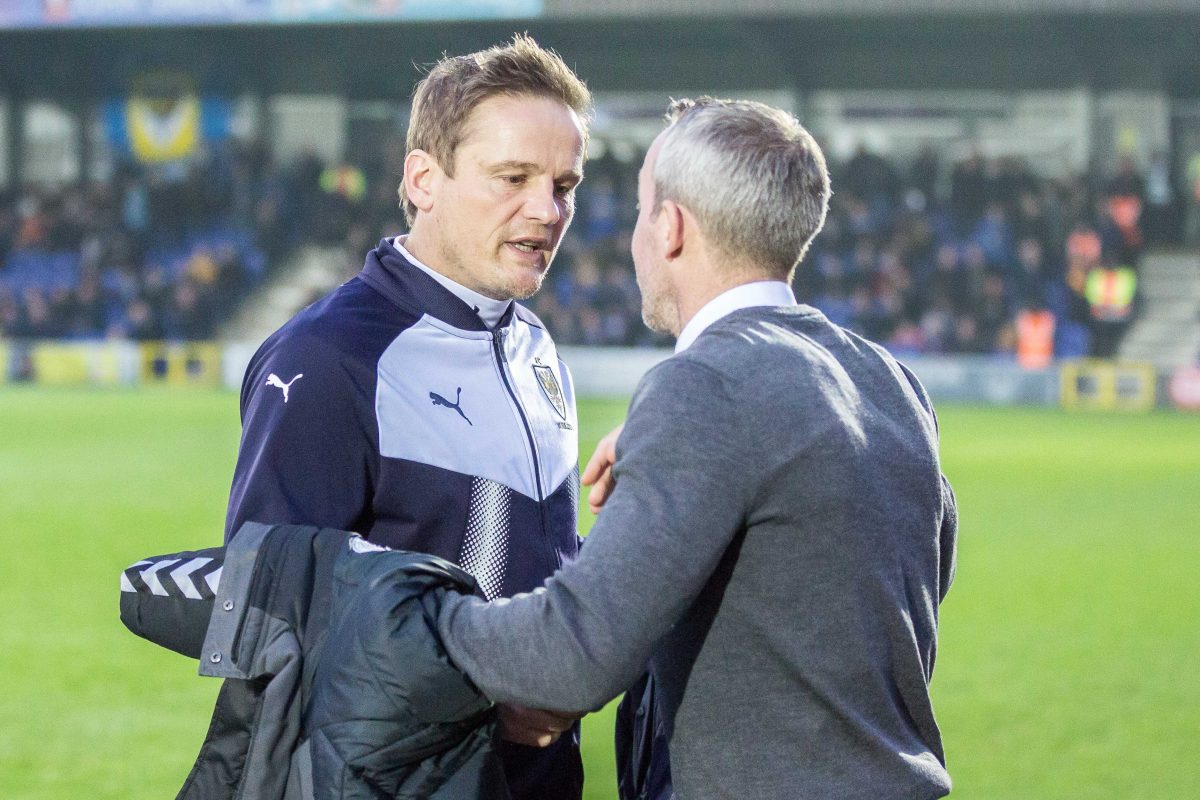 AFC Wimbledon boss Neil Ardley admitted his side were near perfect in their 1-0 victory against a team that had been ‘so good’ since the arrival of Lee Bowyer in March.

Lyle Taylor capitalised on a mistake in the Addicks defence for the only goal of the game on the stroke of half-time to give the Dons their first win in five games and move them four points clear of danger in League One.

Ardley’s side limited the Addicks to just once chance in the game, in which Jason Pearce struck a post from, but the play-off hopefuls failed to muster up an attempt on target and fell to their first defeat under the reign of Bowyer.

He said: “I can’t begin to tell you how good of a performance that was. We watched the last four Charlton games, since Bow’s [Lee Bowyer] has taken over and they have been so good.

“They are very athletic and play a really expansive game. I am sure anyone that has been watching Charlton will say that is what they have done. They have beat Rotherham, Plymouth, they have beat some very good teams, very, very well. So, when I finished watching them, I thought, dam!

“The work-rate and the tactical focus from our players was absolutely outstanding. We were foot-perfect. I would like to single out players, but there were so many that were absolutely brilliant tonight. I can’t, it’s not far on the team.”

Wimbledon looked the hungrier of the two sides from the get-go, but had to wait until the 45th minute before they were rewarded as Patrick Bauer slipped and Taylor advanced forward before coolly slotting pas Ben Amos in the Charlton goal.

Ardley said he was delighted as the press was something they had been working on in training and their work-rate forced it.

Ardley continued: “The goal comes from what we did yesterday in training, when we pressed. I know it was a mistake, and I know we might not have got it if he didn’t, but we made them go backwards five times before he slipped and miss-hit the pass.

“That was all part of the work was did yesterday. So, it’s very pleasing as a manager and a coach to be able to achieve that in an hour session, but the players deserve all the credit, they were brilliant.”