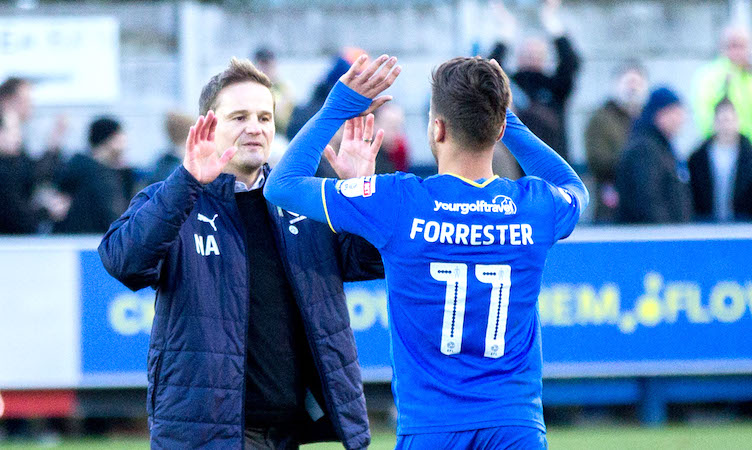 Neal Ardley has handed his players a chance to recharge after admitting that AFC Wimbledon’s recent run of games has been sapping.

Joe Pigott’s late header secured a crucial win for the Dons as they moved out of the bottom four in League One with a 1-0 success over Bristol Rovers on Saturday.

A 4-0 romp at Bradford City at the end of January had been followed by reverses to Rotherham, Bury, Northampton and Plymouth.

Ardley said: “I’m not sure in my five-and-a-half years in charge whether we had lost four on the trot before. It’s certainly not something I can remember. It hurts.

“The weird thing is that normally if you lose four matches in a row it is over a three or four-week period – this was 10 days. We didn’t get time to recover.

“Saturday’s match was the fifth match and I knew the boys were physically tired and mentally quite fragile and emotionally affected by the four losses.

“In January we didn’t concede a goal and were one of the form teams. We went into the Rotherham game in great spirits but then Baz Fuller got injured the Friday before and it kind of sends a little ripple through the team.

“We’d been playing with a back three and it meant shuffling people around. It out everyone out of sorts and before we knew it we had lost a couple. It happened so fast, we didn’t have time to train properly and correct some issues. We tried to do it by video and it left us a bit shellshocked.

“The Bury game probably came at the wrong time. I think we were due to play in December when they were not in great form. Ryan Lowe has come in, they have got nothing to lose, and are unbeaten in five matches.

“That wasn’t ideal. We went to Bradford, Rotherham, Bury and Plymouth. That’s a lot of travelling. We got in at half-past four in the morning for a couple of them. When you are losing a four or five-hour journey feels like eight.

“That makes the scedule tougher. I’m not making excuses – we lost because we didn’t deserve anything.

“I became a bit more of a psychologist last week to try and make the boys feel a bit better about themselves.

“The early part of this week we have got to try and get their legs back and their minds too. We have had 19 or 20-man squads so everyone has been doing the travelling.

“People need a day off and a training session where there is not too much coaching and testing their minds.

“If we can get that balance right then by the end of the week they’ll be really ready to put match-prep in place.”