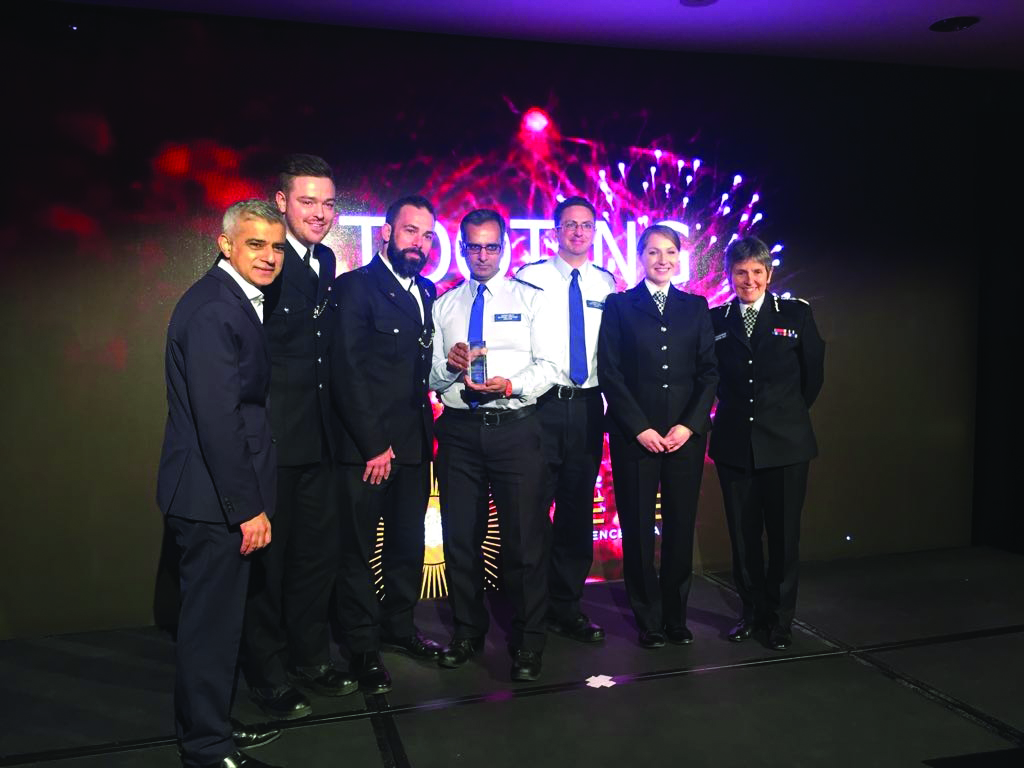 Police officers from Tooting Town Centre’s Safer Neighbourhoods Team (SNT) were given a ringing endorsement from the public at a recent awards ceremony.

The best and brightest of cops from across the city were honoured at the Met’s Excellence Awards, which took place earlier this month.

The awards recognise police work across 13 categories including Police Officer of the Year, Investigation of the Year and Victim Care.

This year’s awards were notable as, for the first time, Londoners were allowed to cast their votes in two
categories, Safer Neighbourhoods Team and Special Constable of the year.

The public showed their appreciation for the SNT’s efforts at tackling antisocial behaviour, knife and drugs crime by bringing them a win in their eponymous category.

SNT personnel identified eight gang members from a rap video posted on YouTube, who were prosecuted for 33 offences including drug supply and possession of weapons.

The team executed more than 50 warrants and conducted weapons sweeps which recovered more than 100 knives and weapons and more than £150,000 worth of drugs. The officers also did sterling work in resolving community tensions during the Muslim festival of Ashura.

The ceremony was held on March 9. London Mayor Sadiq Khan was in attendance and was full of praise for those honoured.

He said: “In responding to some of the most terrible events, from terrorist attacks to the horror at Grenfell Tower, we have seen the heroism and bravery of our police and other emergency services time and time again.

“On behalf of all Londoners, today is an opportunity to say thank you for the tireless efforts, professionalism and dedication of the men and women of the Metropolitan Police Service.”