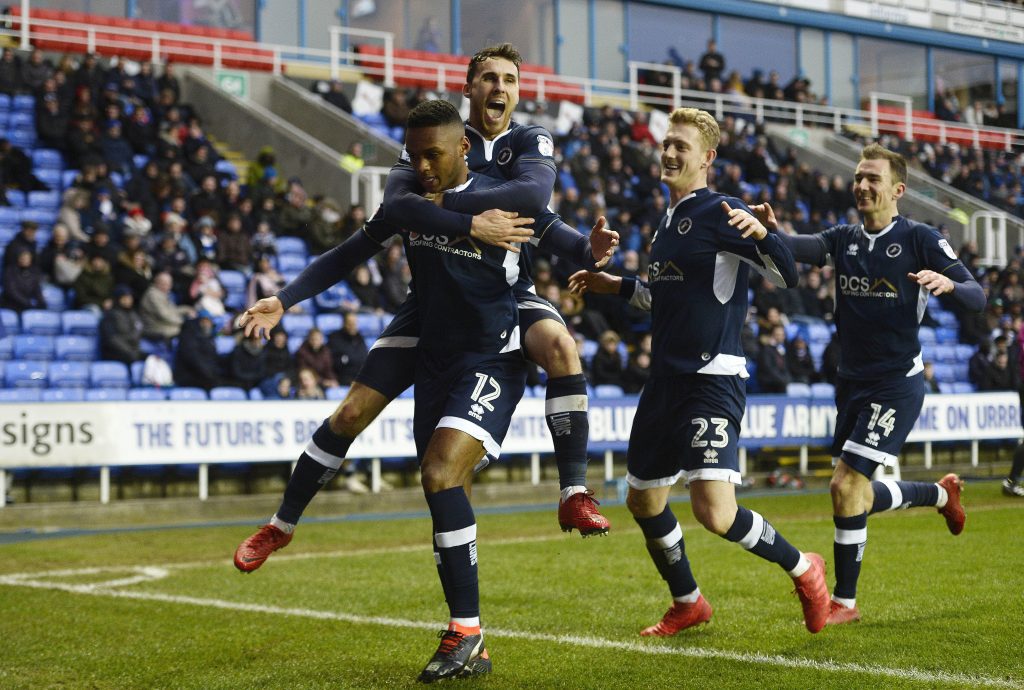 Neil Harris says it was a great day for Millwall after his side’s 2-0 win against Reading at the Madejski Stadium.

Two goals in three second-half minutes were enough for the Lions as Mahlon Romeo’s cross was deflected into his own net by Leandro Bacuna and then a fine Lee Gregory strike doubled their lead.

The win was Millwall’s second in a row away from home and extends their unbeaten run to six games in all competitions.

Harris said: “It was a very dominant display, without the ball we were very impressive, very disciplined and organised. On the ball we made really good decisions. Against Reading concentration is key because they keep the ball, and then when you’ve got it you’ve got to be focused on what you’re trying to achieve.

“Today it was all about realising where the space was going to be on the pitch, we spoke in depth about that the last 48 hours with the players.”

The Lions were frustrated during the first-half as they saw chance after chance go begging and could have easily fallen behind just after the interval but were thankful to Jordan Archer, who made a fine stop to deny Mo Barrow.

Despite Reading’s positive start to the second-half, Romeo’s introduction sparked the visitors and from the moment he put them ahead, they didn’t look back.

Harris was keen to praise his front two as they fantastically combined to double Millwall’s lead, just three minutes after Romeo’s cross-shot was deflected past Vito Mannone for their opener.

“We were excellent and should have been in front at half-time, not just from open play but from set-plays we were a real threat. I was really pleased to get the two goals, two very different goals. It was a good day’s work.”

“The front pair were excellent, and it was another assist for Steve Morison, I think that’s his 14th in total in all competitions this season. Lee was just offside for the first one in the first half, but they were outstanding.”

Millwall were backed by more than 2,600 travelling fans and as they were all season, made plenty of noise behind the goal.

Harris said: “It was a great day for our club, the fans were different class. You saw you saw a team and fanbase out there that were really united.

“I’m really pleased for them because they’ve travelled around the country and that’s two away wins in a row.”