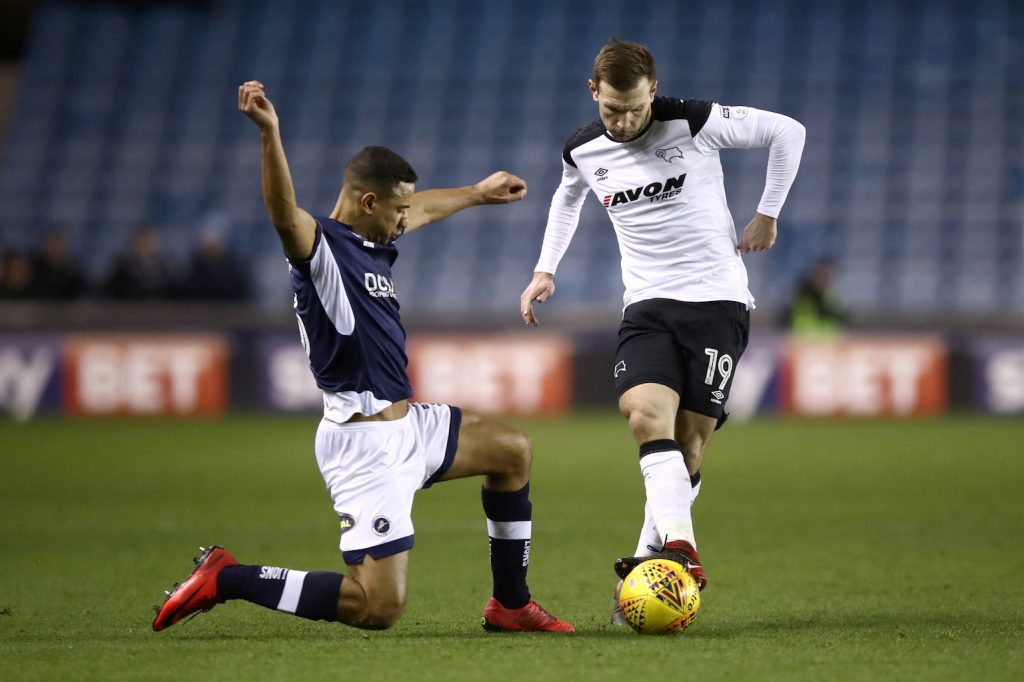 Neil Harris was convinced that referee Oliver Langford made a wrong call in not giving Millwall a first-half penalty in tonight’s 0-0 draw with Derby County.

Lee Gregory was clipped in the head by a high boot from Curtis Davies as the pair went for a Jed Wallace cross.

“The ref has made a really poor decision,” said Lions boss Harris. “I know he has gone for the ball, Curtis Davies, but we talk about dangerous play in the modern game and my player is getting six stitches at half-time from a stud in the head.

“I only spoke to the fourth official Keith Stroud who said he [Davies] didn’t see the player coming. But it is still dangerous play. You are not able to open your foot that high on a football pitch anymore.

“I don’t want the focus to be that – I want it to be on a really solid clean sheet for us. Shaun Hutchinson was outstanding in the backline. He has had an outstanding season for us.”

Jake Cooper also appealed for a handball late on as Derby desperately defended a corner.

“It is hard to tell,” said Harris. “The player said it was but you can’t tell on the TV replay on the angles I’ve seen. Their keeper makes a fantastic save before that from Jed Wallace and Tom Elliott should score.”