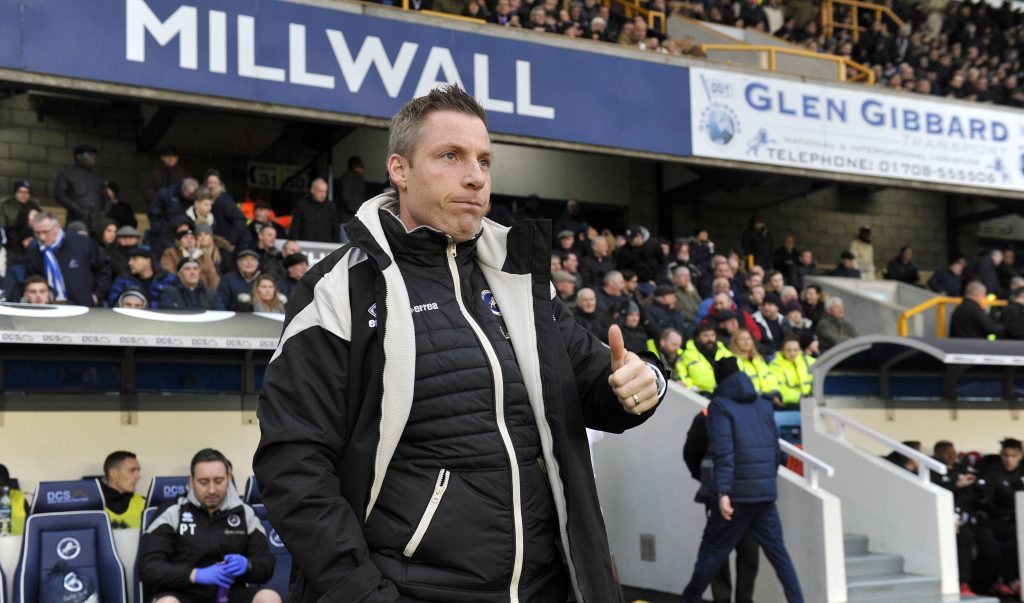 Neil Harris has pledged that Millwall will be “the hardest-working team in the Championship” as they approach a crowded Christmas schedule, writes Ben Kosky.

The Lions face promotion-chasing pair Derby County and Wolves, followed by a home derby against QPR and a trip to Norwich in the space of nine days.

And the Millwall manager’s seasonal message to his side is a simple one – to maintain the standards they have set in recent weeks.

“We’ve got to make sure we’re every bit as organised and aggressive as we have been to pick up seven points from our last three fixtures,” said Harris.

“The performances have been outstanding recently.

“We know we can scare the living daylights out of our opponents and we’ve got to continue doing that.

“Over the festive period we will have the hardest-working team on the pitch in the Championship.

“Teams will have to cope with our intensity.”

Harris knows just how significant a high return from the Christmas programme can turn out to be – last year his side collected 10 points from their four League One matches.

Those results became the platform for a 16-match unbeaten run that eventually led the Lions all the way to the play-offs – and promotion.

“Last year, beating Charlton 3-1 just before Christmas was the catalyst for us,” Harris recalled. “That result kick-started our season.

“I don’t think we’re in that position this year – it’s about being consistent with our performances and building on what we’ve achieved so far.

“Points-wise, we’re competing with the likes of Norwich, Sheffield Wednesday and Fulham and we need to try and push ourselves higher up that clutch of teams in the middle of the table.

“The games disappear quickly, so it’s all about amassing points and there are 12 on offer in a short space of time.”

The Lions boss accepts that securing three of those points – or even one – looks a difficult task at Pride Park, where they meet Derby on Saturday.

Gary Rowett’s high-flying side have won five of their last six Championship games, conceding only a single goal in the process.

“Gary’s a fantastic young English manager and I know him well from doing a coaching course together a few years ago,” added Harris.

“I’ve got the utmost respect for the way he’s managed his three clubs and I’m sure Birmingham are now kicking themselves for letting such a bright young manager slip away.

“He’s got an experienced side at Derby and he has them playing a style similar to ours.

“They get bodies behind the ball and when they’re going forward, their build-up play is a real threat.

“Derby have players with ability and a strong work ethic as well.

“It’s a real challenge for us and it should be a good game.”