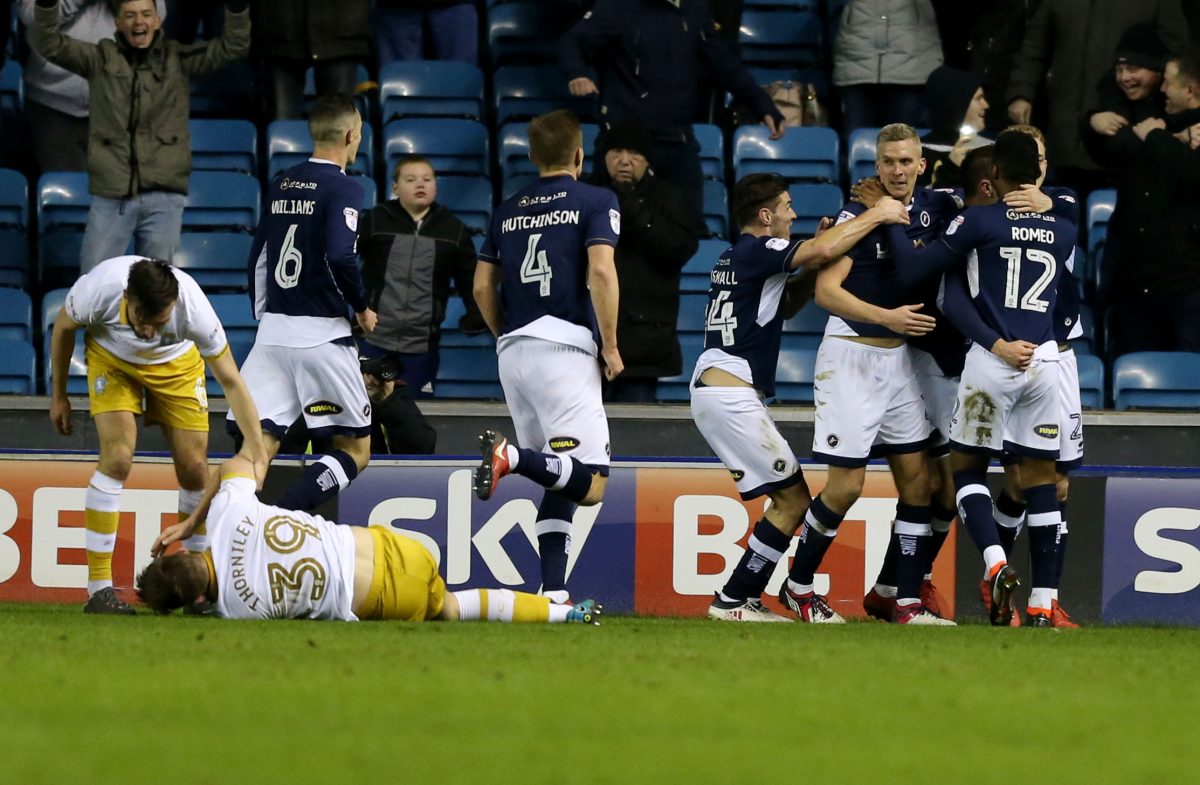 Neil Harris watched his Millwall side go 11th in the Championship table and then told them: “I expect more.”

Lee Gregory and Steve Morison were on target for the Lions as they continued their fine form to make it seven matches unbeaten in the league.

Harris said: “I told the lads I’m really proud of our position – but I expect more.

“We have left so many points on the pitch, teams have beat us that never deserved to beat us. We’ve got to prove that by going and beating them back again.

When asked if the play-offs were a possibility for last season’s League One play-off winners, the Lions manager replied: “No. Let’s not get carried away. I know the points gap has decreased. I’ve seen the league table and it’s a great place for my players to be – the company we’re in. Full credit goes to my squad.

“It’s all about Burton on Saturday. I told my players to forget Birmingham and Sheffield Wednesday. Burton came here earlier in the season and absolutely robbed us. The ref conned us for the decision to lose Jed. They had one shot and scored.

“What we have done now, 33 games in, is show ourselves to be competitive at this level and shown ourselves to be as good a squad as a lot of expensively assembled squads.

“We are above Sheffield Wednesday, despite their injuries, and Leeds and Norwich, for 24 hours at least. Sunderland, Hull and Reading are massive clubs. Sometimes you are only a big club by name and by budgets – not by squads.”