In an entertaining game at Deepdale, they found themselves trailing at the break thanks to two goals in five minutes from Alan Browne and Tom Barkhuizen.

Jake Cooper reduced the arrears just past the hour mark and the Lions had plenty of opportunities to level the scores before Andrew Hughes restored Preston’s two-goal advantage on 81 minutes.

Lee Gregory did make it 3-2 with almost the last kick of the game, but it wasn’t enough for Millwall to salvage a dramatic point.

The result was their 11th Championship defeat of the campaign and Reading’s point at Rotherham United ensured they end the day in the relegation zone.

“It’s groundhog day for us today,” Harris said. “We have conceded five or six chances and conceded three goals. At the other end we’ve created about 10 clearcut chances and scored two and ultimately we’ve come away with nothing from the game.

“In the 30 or so minutes before they score the opening goal, I cannot remember Preston being in our penalty area, but the two times the ball goes into our penalty area in the first half we concede. 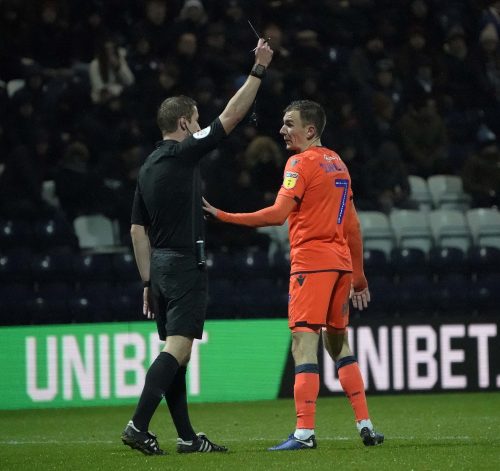 “We simply cannot give opportunities like that away and expect to get away with it, because at this level it gives you a mountain to climb.

“In the second half we looked to change our shape, and we were excellent. We created chances, but we have to score them. We could have had five or six goals in the second half, based on the chances we had.

“If you wanted 90 minutes to sum up our season in a nutshell, that second half is it. We can’t keep blaming bad luck, players have to start taking responsibility, and I have to be honest enough to say that we have to change what we are doing, or change personnel.

“All of the attacking stats are in our favour compared to last season, we are creating more chances and scoring more goals, but we are conceding too many goals.”