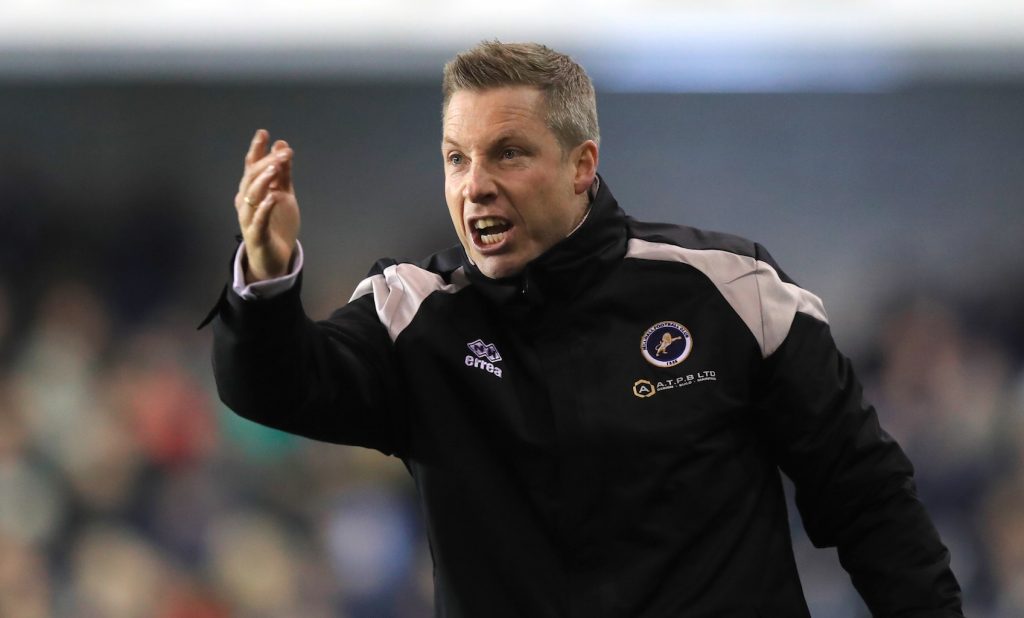 Neil Harris reckons Steve Morison is never too old to be praised – even if it embarrasses the Millwall legend.

The Lions striker notched his first goal of the Championship campaign in tonight’s 1-0 win over Queens Park Rangers.

And Harris said: “I praise him in front of the other players. He gets a bit embarrassed – but you’re never too grey or too old to get that praise from a manager.

“It has been a long time coming, those goalposts don’t move, but his performances have warranted that starting place and he’s shown that tonight.”

Millwall signed off 2017 with a seventh home win of the campaign and it also saw Ian Holloway beaten on his first return to The Den since his sacking in March 2015.

“It is a great evening because we got the three points,” said Harris. “Being really critical that’s the worst we have played in a long time. We played 10 times better than that at Derby and got beaten 3-0. We’ve played some teams off the park here.”