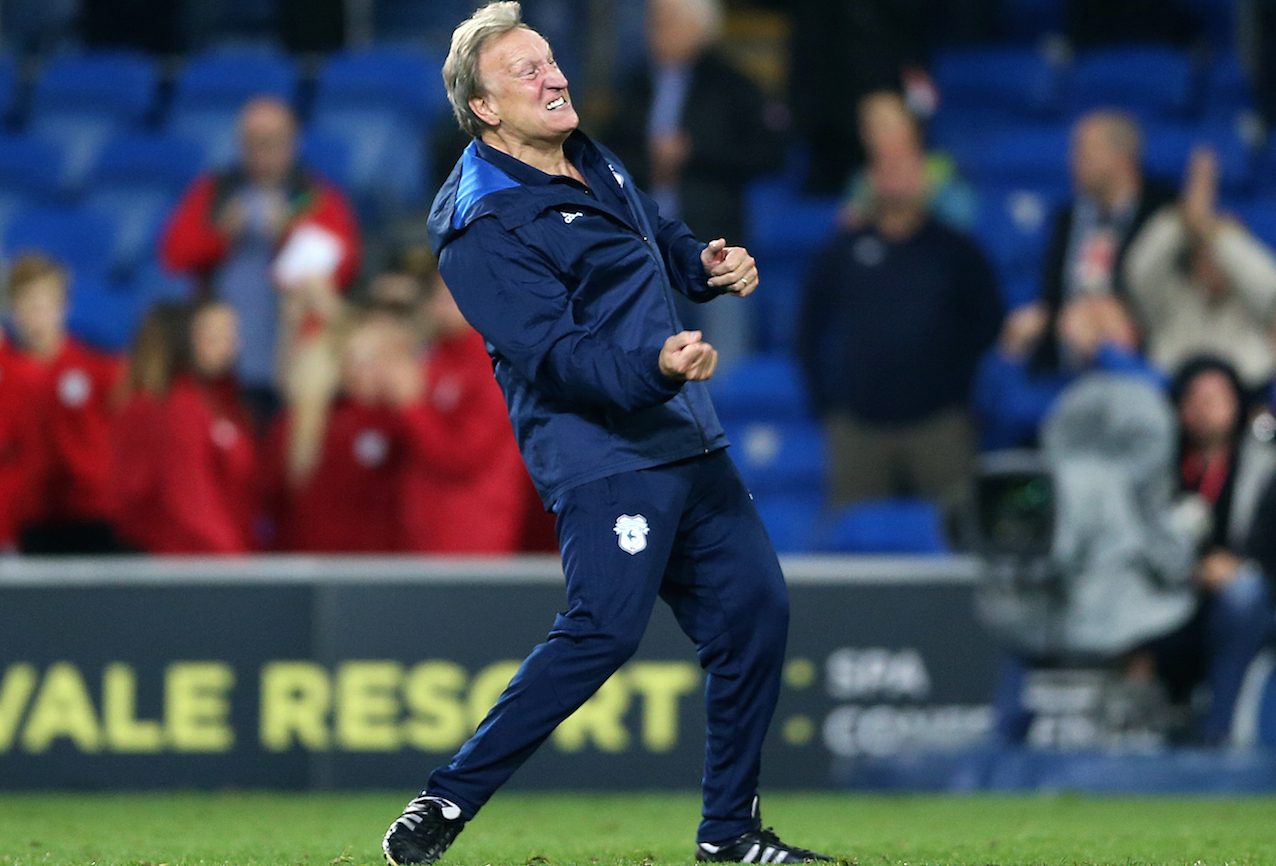 Neil Warnock has revealed his admiration for Millwall manager Neil Harris – and reckons the Lions have nothing to fear in the Championship.

Cardiff boss Warnock faces the South London club tomorrow at home and reckons they will provide a bigger test than big-spending Middlesbrough, who the Welsh club beat 1-0 at the Riverside to stay second in the standings.

Warnock knows a couple of the elder statesmen in the Lions squad. He signed Steve Morison from Norwich City when he was Leeds United boss – and tipped him to be an Elland Road legend when he scored in February 2013, shortly after joining the Yorkshire giants.

Harris – Millwall’s record top goalscorer – replaced Ian Holloway in the Den hotseat in March 2015. He got them back into English football’s second tier with League One play-off glory in May.

The 40-year-old risked losing some of his legendary status when he took the job. Warnock told the South London Press: “It shows b*******. When he went in it didn’t go really well all of the time.

“I’ve seen young managers capitulate and never get a job again. He hasn’t. He has taken the downward knocks, he knows what he wants and the players are playing for him – a little bit like myself when I was younger.

“It’s very easy for a board of directors and fans to criticise young managers – it’s great they have all supported each other.

“I’ve always liked the club and thought it was a proper football club.

“Neil’s got the bit between his teeth now and he realises there is nowt to be worried about in this league. Like us – we were supposed be down near the bottom at the start of the season. So were Sheffield United.

“It’s a league where you can do alright if you have a good group of lads.

“It will be like playing ourselves, like looking in a mirror. We’re like that. Two honest teams, trying to get a result. I know it will be a battle. I’ve already said to my lot after the game Saturday – next week will be harder than this.”

“Tony Craig is still there. He was limited when I had him but he’d have gone through a brick wall for me. I’d have had him in the trenches any day of the week. He was a smashing lad. I’ve always kept an eye where he has gone and if he’s playing or not.

“I signed Morison from Leeds. I knew he was a good pro. He did have a bit of an indifferent time at Leeds but there were a lot of injuries and one or two problems at the time. He’s my type of player.

“He could play at any team in the division. He would be a threat. No matter how old he is. He’s just got such a great attitude – never-say-die. He doesn’t suffer fools gladly.”

One thought on “Neil Warnock: Millwall have nothing to fear in Championship and Steve Morison would be a threat in any side at this level”