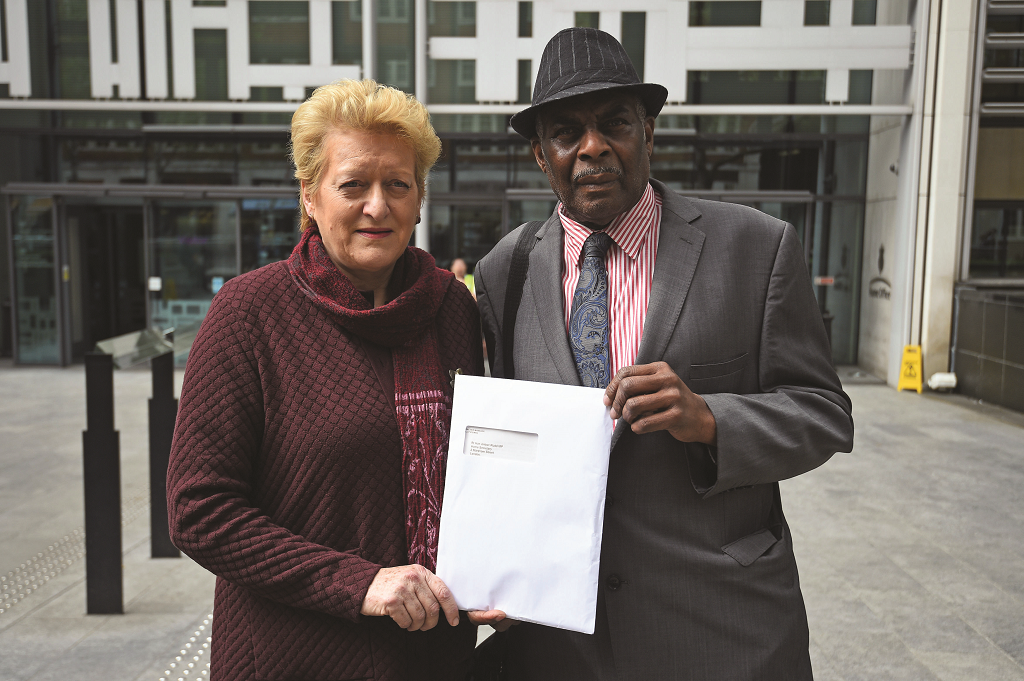 Mr Lawrence was joined by Sharon Grant, a victim of undercover policing tactics, delivered the letter on behalf of campaigners asking Ms Rudd to change the leadership of the Undercover Policing Inquiry (UPI).

Mr Lawrence, whose son Stephen was killed in a racially motivated attack in Eltham in 1993, has been campaigning to find out whether his family were spied on by the police.

The group is calling for the chairman of the inquiry, John Mitting, to step down as the sole arbitrator and bring in a panel to share deliberations with.

Mr Lawrence said in a statement made through his lawyers: “I have grave concerns about how chairman Mitting has been handling the anonymity applications by police officers, consistently granting them anonymity after hearing evidence behind closed doors and disclosing almost nothing to the lawyers representing the victims of police spying. Even senior officers who could give evidence about whether my family or I were spied upon have been granted anonymity, meaning they will give their evidence behind closed doors, shrouded in secrecy.

“If I do not have the cover names of people who were involved in undercover spying operations, I have no way of knowing for myself whether my family, my friends and I were victims and I will be unable to assist the inquiry in getting to the truth.”

The UPI was set up in 2014 by then Home Secretary Theresa May to investigate complaints made against police who had infiltrated demonstration groups as undercover agents.  There are now more than 200 core participants to the inquiry.

They include a growing list of women who have discovered that a disappeared partner was in fact an undercover officer who had made fake excuses and left.

A spokeswoman for the Home Office said: “Sir John Mitting is an experienced High Court judge, has demonstrated his fairness and independence throughout his career, and he has the Home Secretary’s full support.

“We encourage core participants to participate fully in the inquiry, so it can get to the truth and ensure all lessons are learned.”