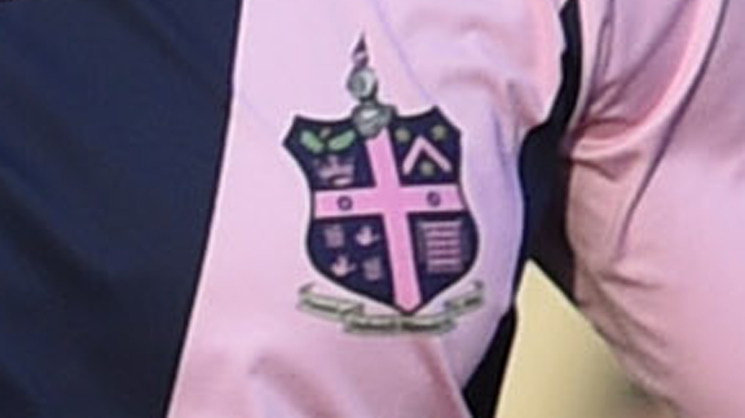 Playing at their third home stadium of the season after predicted wet weather forced Hamlet bosses to opt for the plastic pitch at Carshalton’s War Memorial ground, the hosts were undone by a classic sucker-punch six minutes from time.

Luke Fenlon’s goal saw the visitors – a club formed out of the Balham Blazers under-tens team 17 years ago – claim their third giant-killing of the competition to spark a joyous pitch invasion and book a final date against Cray Valley Paper Mills.

“It means everything,” said Balham manager Greg Crutwell, who set up the Blazers in 2001 and then created the senior team for the youngsters to progress into six years ago. “We’ve been on a very fast journey upwards, with five promotions in six years. To beat AFC Wimbledon in this competition, who are a long way above us, then to go on and beat Hendon, who are two promotions above us, and now Dulwich, who are top of the Bostik [Isthmian League] just proves that dreams can come true.

“A lot of the players playing [against Dulwich] have been here since they were ten or 11-years-old, they’ve come through. It’s very much a close-knit club, we try and promote from within. I’m never really looking to sign players, everything is about building players from within our club. We have a particular brand of football, everything’s about pass-and-move and our aim is to bring players through to the first team.

“So far it’s worked and we hope we can keep climbing the levels doing the same thing.”

Dulwich were left to count the cost of numerous missed chances with Dipo Akinyemi – twice – Mark Weatherstone, Rickie Hayles and substitute Nyren Clunis all wayward as an impressive Balham tired after the break.

There was only one team in it until the ball fell kindly for Balham’s Thomas Fosse to send a screamer onto the right-hand post seven minutes from time, Dulwich keeper Corey Addai beaten all ends up. The hosts failed to heed the warning and on Balham’s next foray, seconds later, Arsen Ujkaj’s powerful but straightforward-looking shot was spilled by Coventry City loanee Addai and the lurking Fenlon pounced.

Worryingly for Dulwich – managed by number two Junior Kadi in Gavin Rose’s absence – their efforts to throw the kitchen sink at the visitors rarely troubled Balham keeper Haydn Read, and 93rd-minute substitute James Adebayo should have made it 2-0 seven minutes into injury time, only to be denied by the legs of Addai.

“I think they’ve had one shot and they’ve scored,” said Dulwich captain Kenny Beaney afterwards. “We’ve had too many chances, we could have won three games with the number of chances we had and we haven’t taken them. Don’t score goals, you don’t win games.”

Hamlet had mixed up the team, emphasising their focus on the Isthmian title race against Billericay and Beaney insisted heads will not drop after the cup upset.

“Unfortunately it wasn’t good enough from us,” said the Dulwich midfielder, “but in the league we’re doing well and that’s our main priority.”

After seeing Billericay stumble as they whittle away a big backlog of games in hand amassed thanks to their cup exploits this term, Beaney said: “It’s back on. It’s theirs to lose. The pressure’s on them, it’s not on us. If they win all their games, they win the league. If we win all our games, and they lose, we win the league. It’s still open.”

Crutwell was left to ponder a memorable night for his fledgling Combined Counties Premier club and their pending final against Southern Counties East side Cray Valley.

“I haven’t even thought about it yet,” he said, as Balham players and fans celebrated around him. “I’m going to enjoy tonight but obviously we’re really looking forward to [the final]. We’ll go there and we’ll give it our best shot. If we’re lucky and we win, it will be fantastic and if we don’t, we’ll be really pleased with the achievement of getting there.”