Ted Cheeseman is set to parade his new British super-welterweight title in front of Millwall fans at their November 24 home game against Bolton Wanderers.

The Bermondsey boxer, a big Lions fans, outpointed Asinia Byfield to win the domestic belt at the Copper Box Arena on Saturday night.

Cheeseman said: “Micky [Simpson] the [Millwall] fan on the board has sorted out getting me down for November 24, our next home game.

“A lot of people are getting behind me now, even ones I don’t know, because they like my style and the way I fight.” 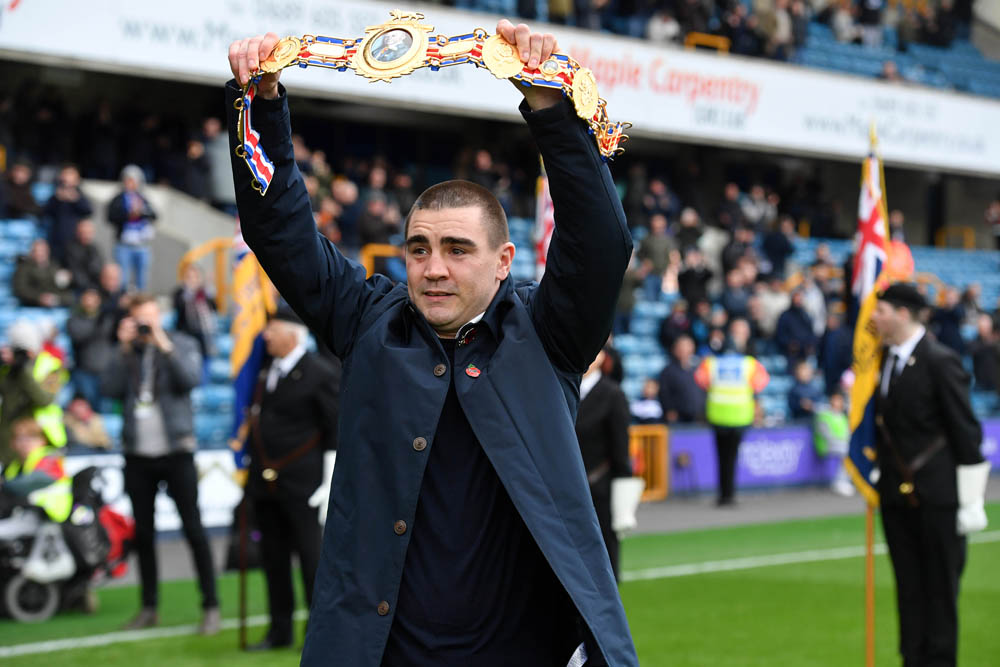 Peckham’s Johnny Garton was at The Den on Saturday to show off his newly-won British welterweight title.