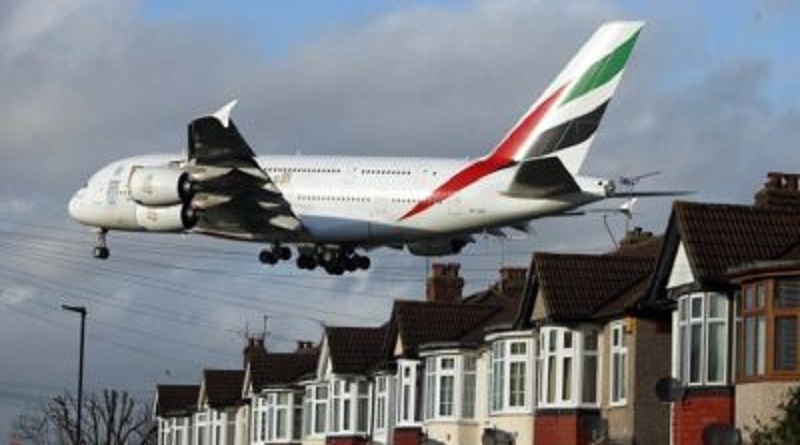 Heathrow Airport is prioritising airlines and passengers over residents in its expansion plans, the London Assembly has said.

More flights and a third runway would be bad for Londoners, according to a submission from the Assembly’s environment committee to the Heathrow consultation.

The consultation paper agrees South London would be one of the worst affected by increased noise.

London Assembly environment committee chairwoman Caroline Russell said: “The impact of noise and air pollution and increased congestion are all reasons the third runway plans should be dropped.

The UK has committed to net zero carbon emissions and the expansion undermines this commitment.

“Expanding Heathrow is bad for Londoners, bad for London, and bad for the health of our planet, and that’s why we are recommending that it does not go ahead.”

The World Health Organisation says anything over 45 decibels can damage health.
Paul Beckford, a spokesman for No Third Runway Coalition, said communities were “last on the list” of priorities in Heathrow’s expansion plans.

He said: “It’s not simply a new runway – it’s equivalent to bolting a new airport onto Heathrow. We’re talking about 30 years of expansion.”

The airport is the UK’s single biggest polluter. The third runway was approved by a large majority in Parliament last year.

But Prime Minister Boris Johnson, MP for Uxbridge and South Ruislip, has said he favoured a sixth London airport on the Thames Estuary known as ‘Boris Island’.

He once said he would “lie down in front of those bulldozers” to prevent the third runway.

But a spokesman for Heathrow said any expansion at the airport would be regulated by legally binding requirements for noise, air quality and emissions.