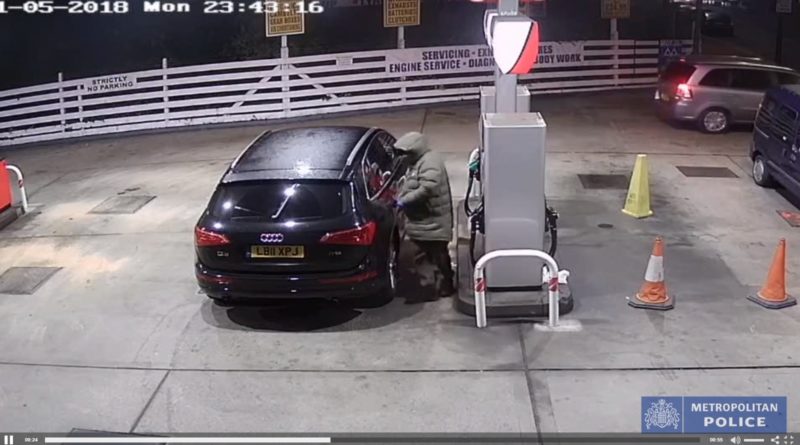 Detectives trying to trace any information about two cars used in the murder of 16-year-old John Ogunjobi in Tulse Hill last November.

A reward of up to £20,000 is available for information that leads to the arrest and conviction of the person or people responsible for the murder.

Officers have today released CCTV footage of a stolen black Audi Q5 vehicle – fitted with the false number plate LB11 XPJ – and a light coloured VW 5-door Polo, with damage to the corner of its offside rear bumper.

The two cars were seen shortly before and after the stabbing at around 10.50pm on Monday, 5 November 2018. Detectives are asking anyone who may have seen these cars in or around the Tulse Hill area at the time of the incident to come forward and speak to them.

Earlier at 10.41pm, the black Audi was captured on CCTV at Texaco petrol station in Croxted Road, Dulwich, near Brockwell Park, having come from the direction of West Dulwich.

A man wearing a long green puffa coat and purple latex gloves – pictured – was seen to fill the car with petrol. False plates have been used on the car. It was then seen leaving the garage at 10.43pm, heading in the direction of Norwood Road.

Officers and paramedics found 16-year-old John Ogunjobi collapsed in the street with stab injuries. Despite the efforts of paramedics, he was pronounced dead at the scene at 11.41pm.

A post-mortem examination at Greenwich Mortuary gave cause of death as a stab wound.

An investigation is underway by detectives from the Specialist Crime Command, led by Detective Chief Inspector Richard Vandenbergh.

DCI Richard Vandenbergh said: “I am appealing to anyone who has information that could assist this investigation to come forward and speak to police.

“We are also asking people to think back as to whether they saw a black Audi Q5 car on the evening of the murder or in the days leading up to or following it.

“Think back – have you seen the Polo? Has anyone lent their Polo out and it has been returned damaged, or have you repaired the damage to a Polo matching this description or even had a crash with a similar Polo and exchanged details with the driver?

“I hope the reward associated with this case will help encourage people who have information, to share what they know. We are still working to establish the circumstances around the attack but believe that several people will have key information that would enable us to get justice for John’s family.

“Moreover, I think it is quite likely that some people who were friends with John will hold vital information that they haven’t shared with police. They should think about his death at such a tragically young age, think about the misery caused to John’s family and maybe think about the reward too – and then make what is surely an easy decision – to come forward and speak with police.”

On Tuesday, 6 November the black Audi Q5 was found to have been burnt out on the Gunsite Allotments, Grange Lane, Dulwich. Checks revealed that this vehicle, under the correct registration number, had been stolen from Barbage Road on 12 October 2018.