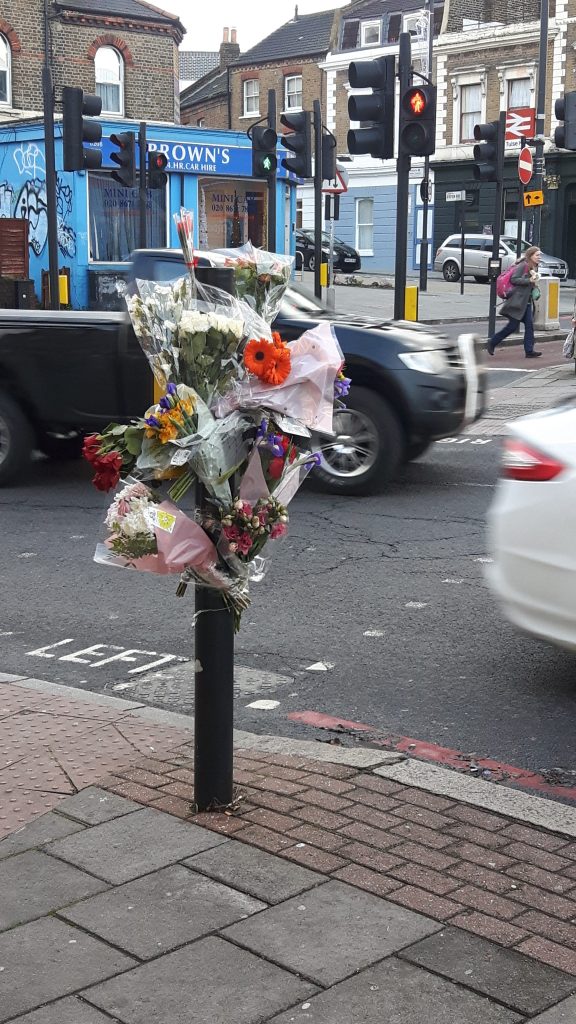 A row on a bus in the moments leading up to the turn of the year ended in murder.
A teenager involved in the dispute on the number 68 bus was stabbed and then died in Station Rise, Tulse Hill, minutes before midnight on New Year’s Eve.
Emergency services were called to Norwood Road near the junction with Station Rise SE27 at 10.43pm on Sunday.
Police and paramedics attended and found a 17-year-old male suffering from a single stab wound. He was pronounced dead at the scene at 11.38pm.
Officers believe they know the identity of the victim, but they await formal identification.
Next of kin have been informed and a post-mortem examination will be scheduled in due course.
Detectives from the Homicide and Major Crime Command are investigating. There have been no arrests yet.
Detectives are keeping an open mind as to any motive. Enquiries have indicated that an initial altercation may have begun on board a route 68 bus travelling towards Herne Hill shortly before the stabbing.
The killing comes three weeks after Justyna Kalandyk, 29, died after being run over by four vehicles a matter of yards away in Norwood Road.
Anyone who witnessed the stabbing or has information should call the incident room on 020 8721 4005 or via 101.
To remain anonymous, call the independent charity Crimestoppers on 0800 555 111.