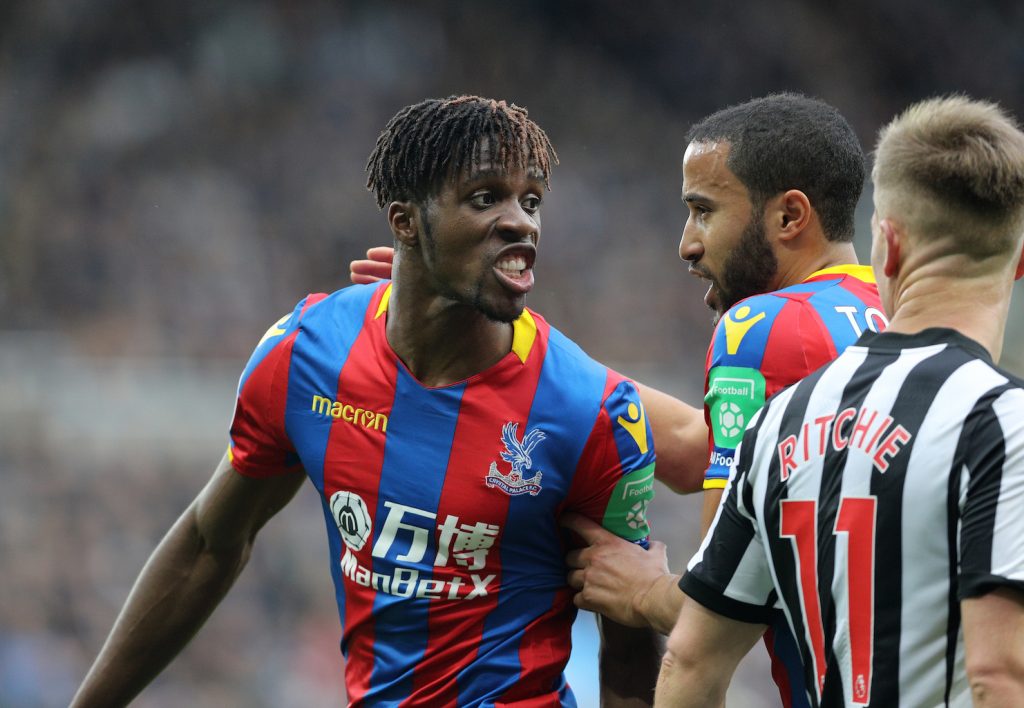 Crystal Palace fell to a record-equalling sixth straight away defeat without scoring at the start of a season as a late Mikel Merino header snatched the points for Newcastle United at St James’ Park, writes Jay Rowe.

Roy Hodgson’s team seemed set for a useful point before the Toon substitute powered home a header from a corner to finally break the deadlock, ensuring more away day blues for the travelling Palace fans.

A quiet first-half had few notable moments, with the best opportunities coming late on in it. Five minutes before its conclusion, Christian Atsu managed to knock Joel Ward off possession and sped into the area, but he was held up by Scott Dann who forced him to hammer into the side-netting, and that part of the goal was rippled at the other end a few minutes later when Wilfried Zaha met an Andros Townsend cross with his head.

The major incident of the opening 45 minutes came when Yohan Cabaye clattered into DeAndre Yedlin from behind, and the Frenchman’s scissor challenge meant he was fortunate not to see red on his old stomping ground as referee Stuart Attwell deemed it only worthy of a yellow card.

However, after the restart Rafael Benitez could have had no complaints if Joselu had been dismissed for a second bookable offence after he chopped down James McArthur, but the leniency of the officials continued to be the main talking point of a drab affair.

It took 72 minutes for Julian Speroni to be called into the action when he claimed a curling effort from Mohamed Diame, and minutes later the Argentinean managed to beat away a swerving Jonjo Shelvey drive as the hosts cranked up the pressure.

Palace were a whisker away from snatching the lead with 10 minutes remaining when substitute Ruben Loftus-Cheek flashed a low centre across goal that just evaded Patrick van Aanholt at the back post, and that was a huge turning point as on 85 minutes Merino popped up to powerfully head home Matt Richie’s corner to snatch the all-important goal and deny the Eagles a deserved point.