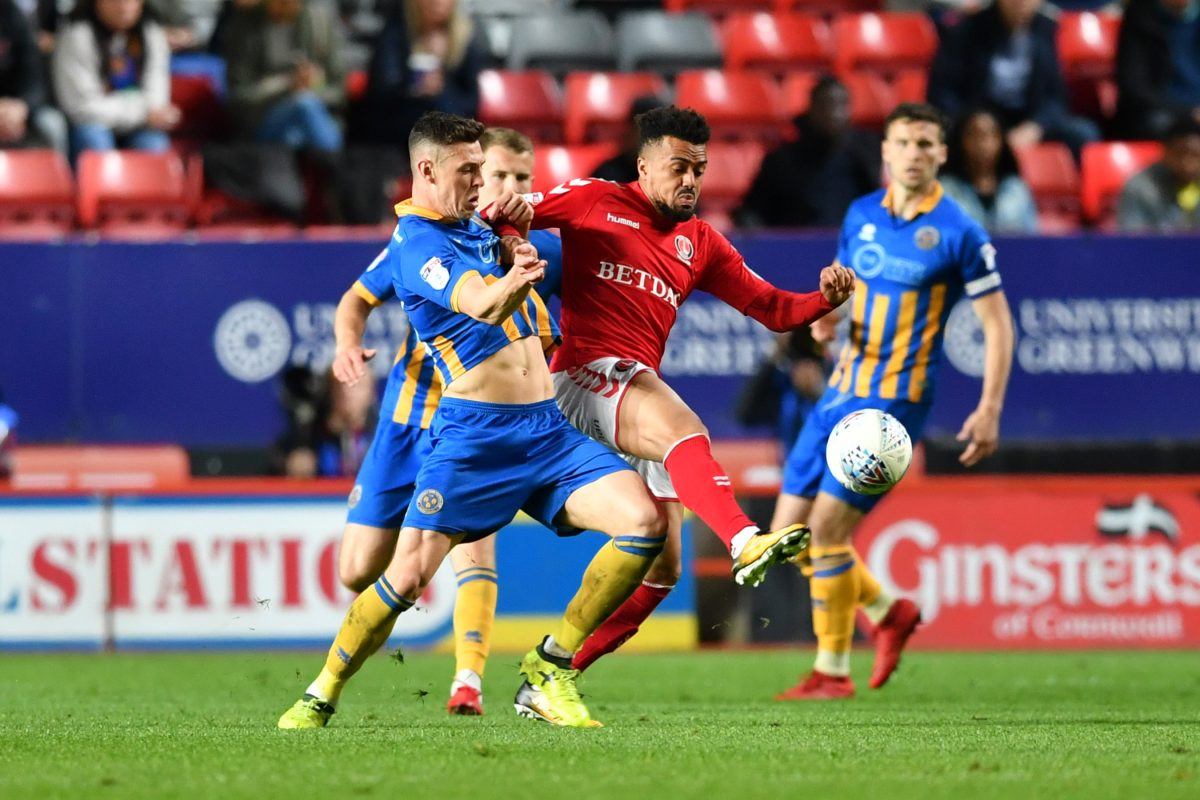 Nicky Ajose reckons that Charlton could make it the perfect scenario to reach Wembley – by celebrating victory on Shrewsbury’s turf tonight.

The Addicks are trailing 1-0 from the first leg of their League One play-off semi-final, Jon Nolan’s 80th-minute goal settling a close encounter at The Valley.

Now Charlton need to come from behind in the tie to progress to the final to face either Rotherham United or Scunthorpe, who drew 2-2 yesterday.

Ajose said: “If we go there and get a goal then we believe they could fold. What better way to get to Wembley than beating them in their back yard? That would give us so much confidence going forward.

“We’re really positive in the dressing room and we’re excited because we want to celebrate getting to Wembley on their patch.

“Obviously, it’s disappointing to be 1-0 down in the tie but we always felt like we were going to have to go there and score. Not much has changed on that front. We wanted to go there with a lead, but that isn’t the way it is. We started off well and probably needed to score in that period. We didn’t and then, out of the blue, Nolan has come up with a bit of quality for them. It’s done now and we have to go again on Sunday.

“We have both beaten each other away from home. If we can carry that trend on then we’ll be fine.

“It’s a play-off game it is going to be tight. With the top teams in this league you don’t expect there to be too many goals. We’ve just got to keep our heads on it and something will fall.

“At the end, Pat [Bauer] had one cleared off the line. There were little margins but it has gone now. We weren’t great on Thursday. We didn’t deserve to win it and we probably didn’t deserve to lose it but we have. We’ve got to go there now and score but we thought we would anyway.

“We were always in the mindset that we’d have to go there and score and we are excited for the challenge. Two months ago after being beaten here by Oxford if you’d had said you’re going to go into a play-off semi-final a goal down we’d have snapped your hand off. We are positive and now we need to go again.

“They’re all big games and nothing was going to be won in the first leg. We need to go there, win the game and get to Wembley. It’s as simple as that.

“We know what Shrewsbury are. They are strong, combative and hardworking and we’ve just got to match that. We matched it but we didn’t play on the ball as well as we should’ve done. We were maybe a bit edgy but we have had a taster now and on Sunday we need to take the shackles off and win the game.”