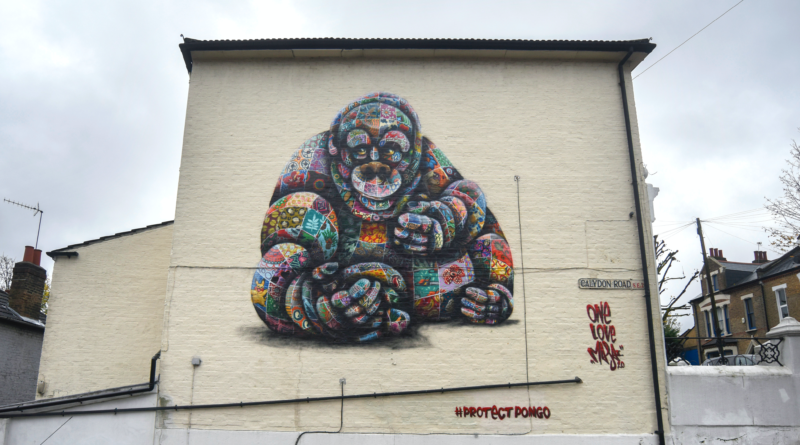 When it comes to environmental activism, artist Louis Masai is not monkeying around.

The painter and sculptor has just finished a 16ft mural of an orangutan in Greenwich to raise awareness for the endangered animal – and a plea to the public to stop buying products with palm oil.

The colourful ape painting in Calydon Road, Charlton, was the last piece created in a month-long tour of the UK, organised in partnership with palm oil-free nut butter brand Meridian and International Animal Rescue.

The orangutan is made up of a patchwork of bananas, palm trees and chainsaws which symbolise the destruction of their home.

Mr Masai said: “I have become fixated with the discussion of animal conservation. It’s difficult to make people stop, think and change habits which impact a species on the other side of the world. But #ProtectPongo is designed to challenge people to consider a world without orangutans in it.”

Masai’s tour started in Glasgow and continued in Manchester and Birmingham before coming to London – where he created a total of five murals.