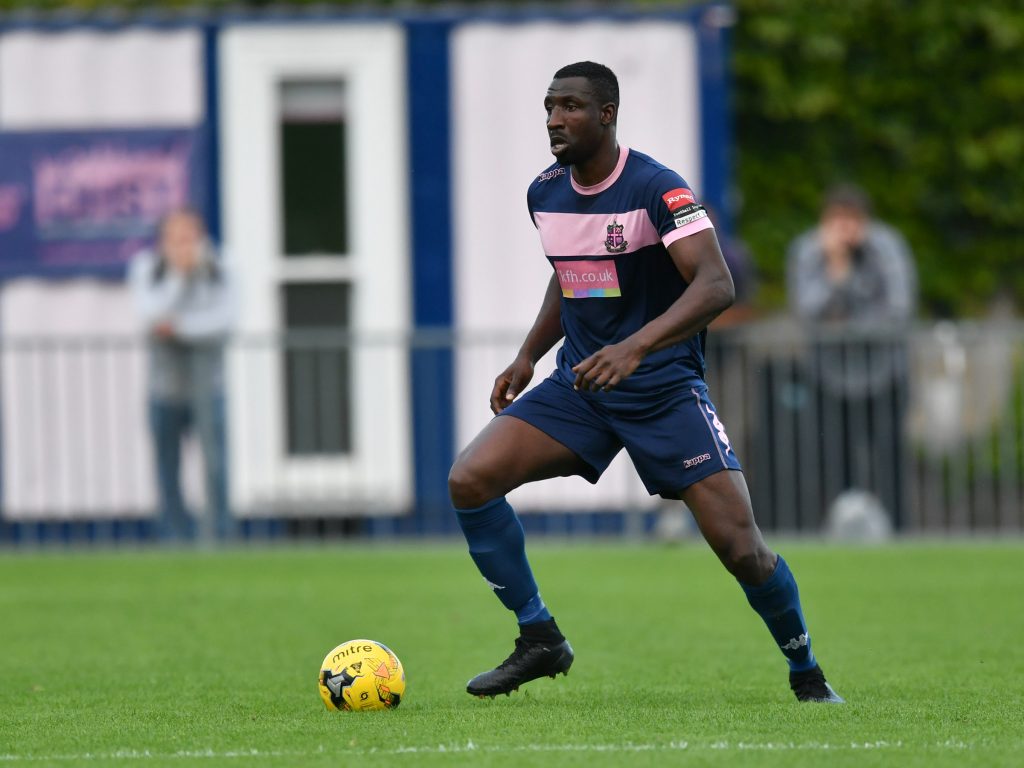 Dulwich Hamlet eased into the next round of the London Senior Cup as Anthony Acheampong’s double helped clinch a 3-1 win at Corinthian-Casuals on Tuesday night.

The centre-back finished a 27th-minute free-kick which was nodded into his path by Nathan Green.

Dulwich doubled their advantage on 31 minutes. Omar Koroma’s shot was pushed for a corner and Acheampong converted from the set-piece.

Muhammadu Faal crossed for Koroma to finish at the near post as Hamlet led 3-0 at the break.

John Uzen’s free-kick was a late consolation for Casuals.

Dulwich are back in Bostik League Premier Division action on Saturday. Gavin Rose’s men have a two-point lead over Billericay at the top of the table but have played four matches more. They host Brightlingsea Regent.

Tooting & Mitcham go to Dorking Wanderers. Both clubs had a season-long fight to win the South Division title before the Terrors prevailed.

The South London club have lost three on the spin in the league and are just above the one relegation spot.

Ollie Bennett has been recalled from his loan at Whyteleafe and is set to be in their squad tomorrow.

Juevan Spencer was due to resume full training after a knock to boost options for boss Frank Wilson.

Wilson said: “We know results of late have been poor but there are a number of factors. The London Senior Cup match was a good one to get over our defeat [5-2 at home to Harrow Borough] on Saturday.

“The message is that we need to stop worrying too much about the opposition. The players have to focus on their individual game. Last month we won four out of our five games – that is a positive that it can be done.”