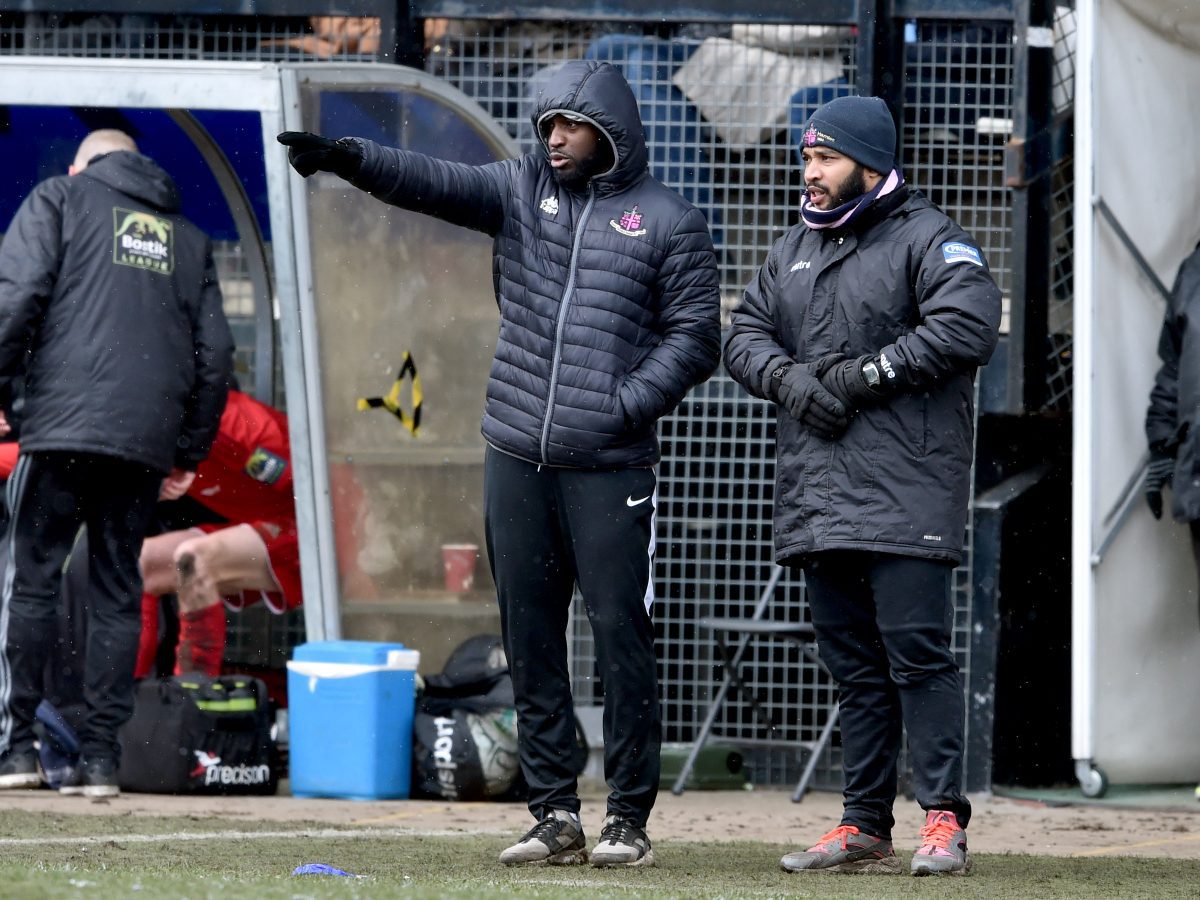 Dulwich Hamlet are still in contention for the Bostik League Premier Division title after a 2-1 home win over Thurrock on Saturday.

All eyes are set to be on Dorking Wanderers’ home game against leaders Billericay Town tonight as the Essex side play their match in hand.

Hamlet are a point behind Town, who could only manage a 2-2 draw at home against Wingate & Finchley at the weekend.

Ashley Carew opened the scoring for Dulwich on Saturday, firing home a free-kick after Reise Allassani had been fouled.

Hamlet saw a strong penalty claim not awarded by the referee when Allassani went down, even though the linesman was flagging for it.

Allassani was twice denied by Thurrock keeper Ben McNamara with Gavin Tomlin failing to execute a chip over the visiting stopper as well.

The visitors levelled the scores up three minutes after the restart. Jordan Clark netted from the spot after Nyren Clunis brought down Joel Nouble.

Dulwich needed Amadou Tangara to pull off an impressive double save before McNamara performed heroics down the other end to keep out another Carew free-kick.

Nathan Green bagged the winner for Hamlet with 11 minutes remaining.

The result confirms Dulwich at least have a play-off spot and Rose added: “That is good but it is not something we want to be thinking about right now.

“All we can do is keep things interesting. We had an up and down last week after dropping points to Burgess Hill and Tonbridge Angels but then had two good performances on Thursday [a 4-0 win over Dorking] and we were very strong in the first half on Saturday.

“We didn’t capitalise on our scoring chances enough and that made it quite tough at points in the second half, but we managed to get through. All the others near the top dropped points on Saturday.

“We’ll look for a positive result for us on Wednesday night [at Leatherhead] and see where it takes us.”

Tangara has kept his place in the side despite Preston Edwards now being recovered from a knee injury.

“Amadou is playing well so I am not going to drop the lad now,” said Rose. “It would only be down to form if he comes out and Preston plays – just like any other player.”

Tooting & Mitcham United are off the bottom of the table after a 1-1 draw at Harrow Borough. Dominic Morgan-Griffiths scored in the 69th minute for the Terrors to cancel out Kurtis Cumberbatch’s 11th-minute opener.

United are a point ahead of Burgess Hill Town – with only two fixtures left to play – but have a significantly inferior goal difference.

Jack Barham took his goal haul to 37 for the campaign as Greenwich Borough won 2-1 at Ashford United in the Bostik League South Division.

The striker struck twice in the space of four first-half minutes. Joshua Oyinsan cut the deficit soon after the restart.

Borough are fourth in the table with Lewes and Carshalton already confirmed as promoted in the automatic promotion spots in the Bostik League Southern Division.

Mathieu Ramsamy netted a 19-minute hat-trick for Fisher as they won 3-1 at Snodland Town in the SCEFL Division One. They look almost certain to finish third.