Dulwich Hamlet Sport
14 September 2021 Kai Bennett 0 Comments
Dulwich Hamlet beat Hungerford Town 3-1 at Champion Hill on Saturday.
Hamlet are now three unbeaten in all competitions and are up to seventh in the National League South.
Goals from Darren McQueen, Giovanni McGregor and Danny Mills gave Dulwich Hamlet all three points.
Despite the victory, McQueen and McGregor missed second-half penalties which could have made the scoreline even more convincing.
Dulwich Hamlet host Bedfont Sports in the FA Cup Second qualifying round on Saturday. 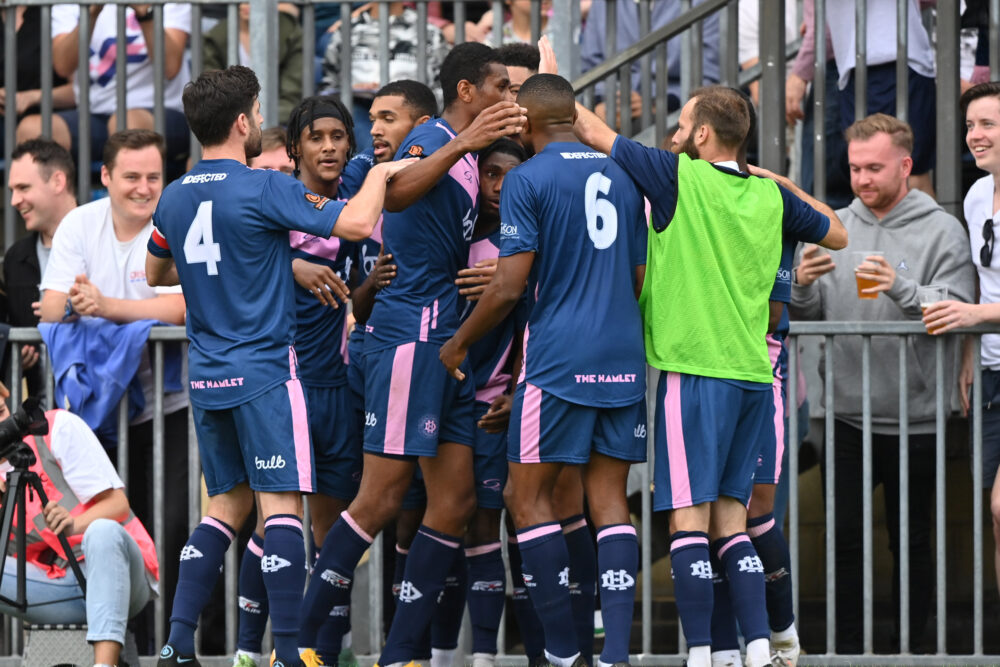 Bromley lost 3-2 at home against Boreham Wood at Hayes Lane on Saturday.
Tyrone Marsh’s stoppage time winner condemned the Ravens to their second reverse of the season, to leave them 17th in the National League. Michael Cheek and Billy Bingham scored Bromley’s goals in the defeat.
Tooting & Mitcham United thrashed Redbridge 4-1 in the London County Cup First Round on Saturday. Dan Williams’ hat-trick and a Mark Waters goal means that Mitcham progress to the next round of the competition.
Fisher defeated Bearsted 1-0 in the FA Vase first qualifying round, with Malaki Coker getting Fish’s goal.
Croydon beat Broadbridge Heath on penalties in the first round of the FA Vase. Their next match is an away trip to Westside on Wednesday.
PICTURES: KEITH GILLARD