Dulwich Hamlet More Sport
12 November 2019 Richard Cawley 0 Comments
BY RICHARD CAWLEY
[email protected] Dulwich Hamlet’s FA Cup journey was brought to a halt on Friday night – and they could feel no sense of injustice about it.

Dulwich, ending a 23-year wait to play in the first round of the tournament, were unable to cope with their opponents’ counter-attacking play.

And while Hamlet walked off the pitch at the break with 63 per cent possession, they trailed 2-0. Man of the match Harry McKirdy teed up Olufela Olomola early on and then neatly swept home at the near post. 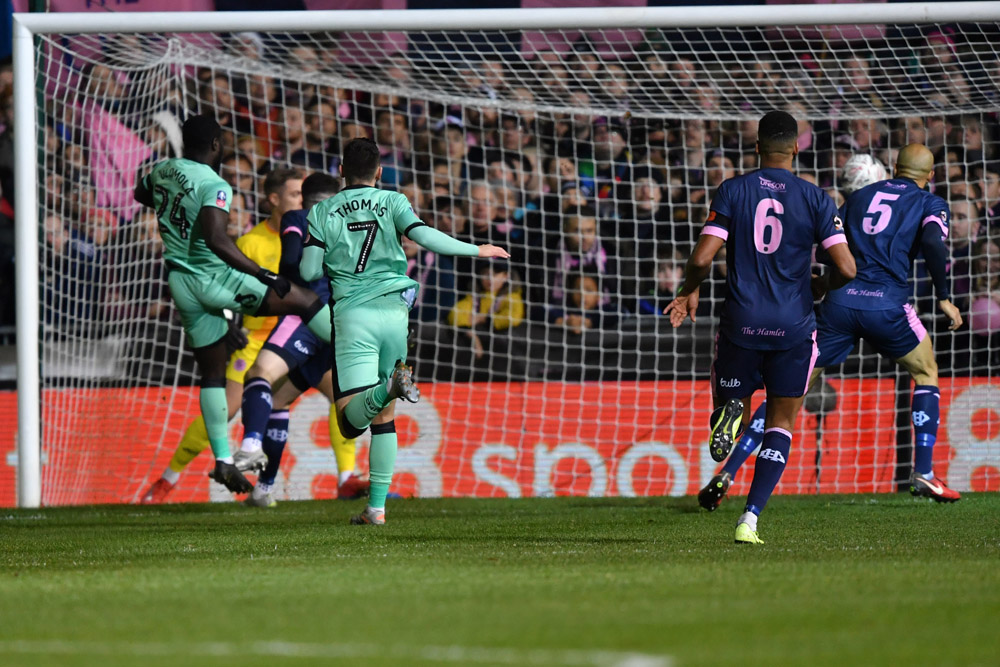 Christian Smith headed home in the 50th minute to raise hopes of a comeback but Mike Jones smashed in from more than 20 yards soon after.

It was tie over long before McKirdy was put through late on and finished clinically across Charlie Grainger. Dulwich lacked the defensive quality to  cope with the break outs by Steven Pressley’s side. 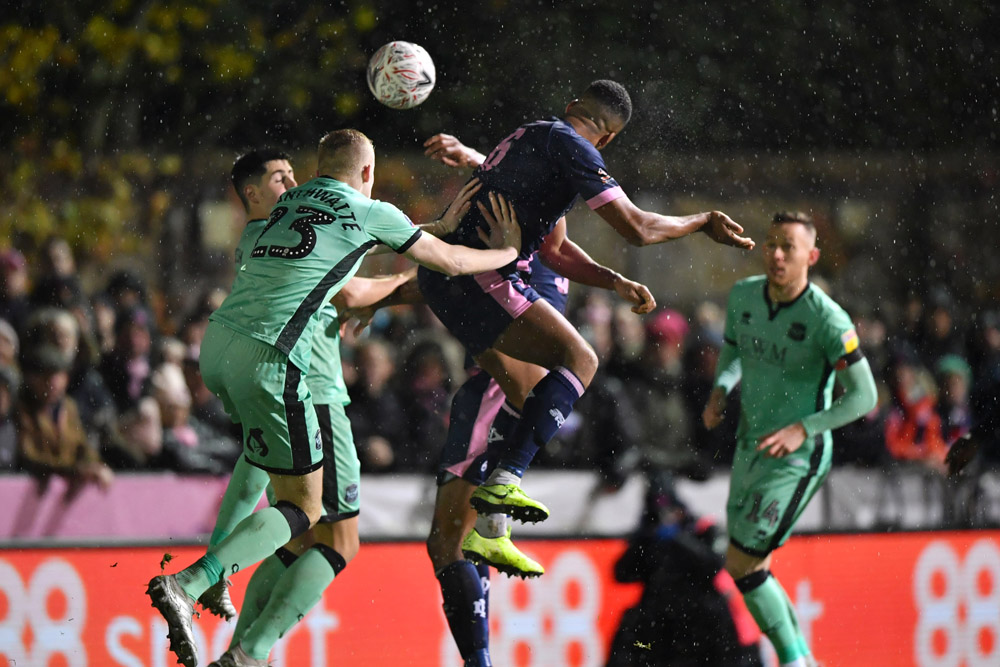 The South London side earned £36,750 from their run in the FA Cup and also had a record attendance of 3,336 at the weekend – although the gate receipts will be split between the two clubs.

“We tried to have a go but we lacked quality in the final third – our crossing and final pass,” said Hamlet manager Gavin Rose.

“Maybe emotionally it got to the boys a little bit at times. 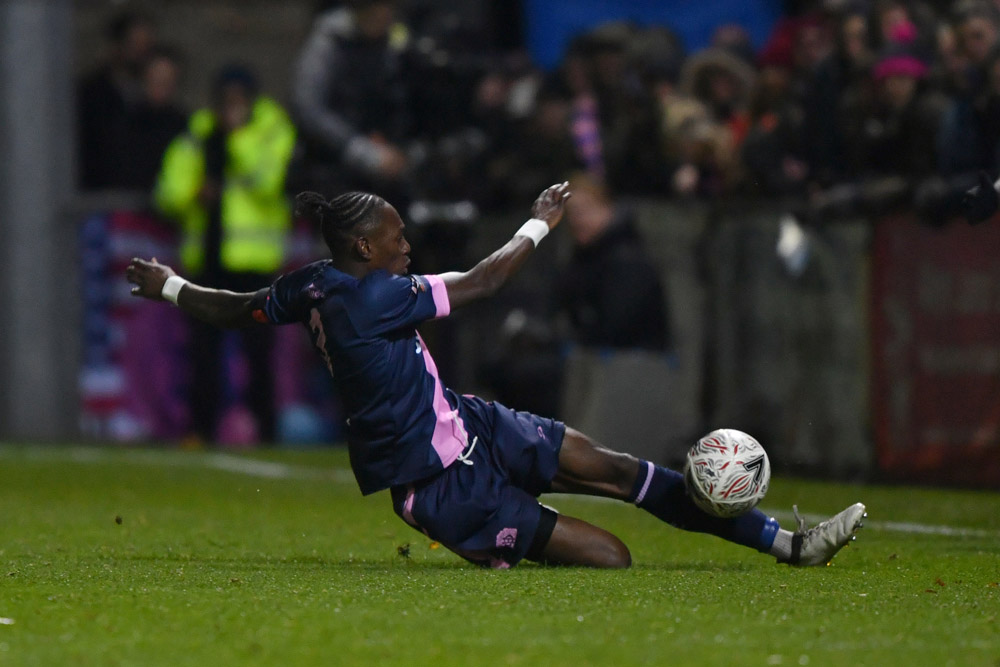 “They [Carlisle] managed the game quite well. They stayed compact and hit us on the break a few times. 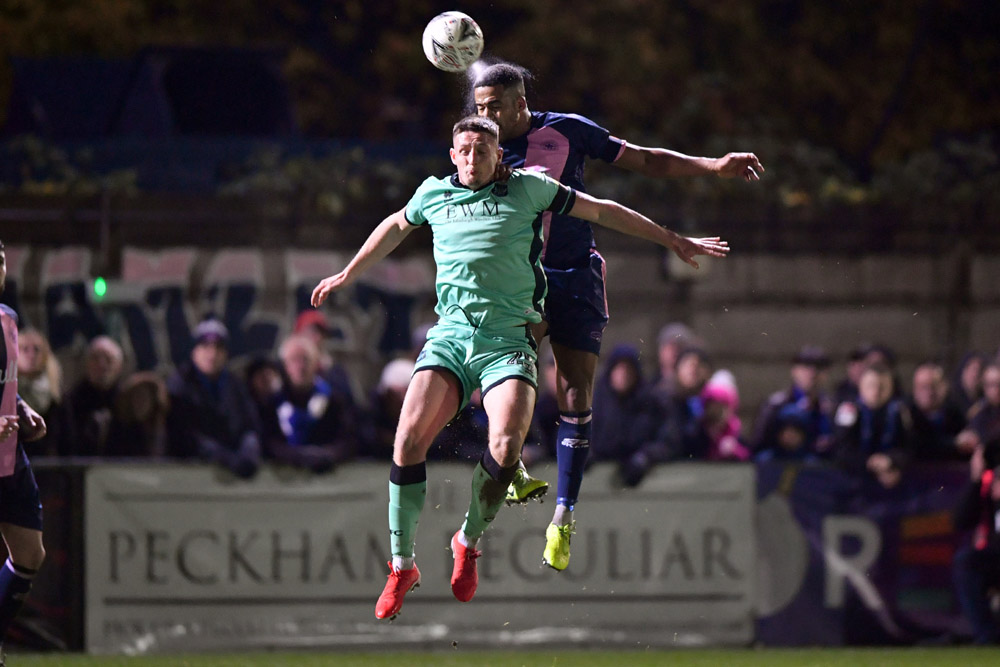 Pressley had praise for the National League South side.

“We can’t take anything away from Dulwich,” he said. “They were everything and more in terms of what we expected. They put us under a lot of pressure and we had to defend the basics of the game very well. We always looked a real threat on the counter attack.” 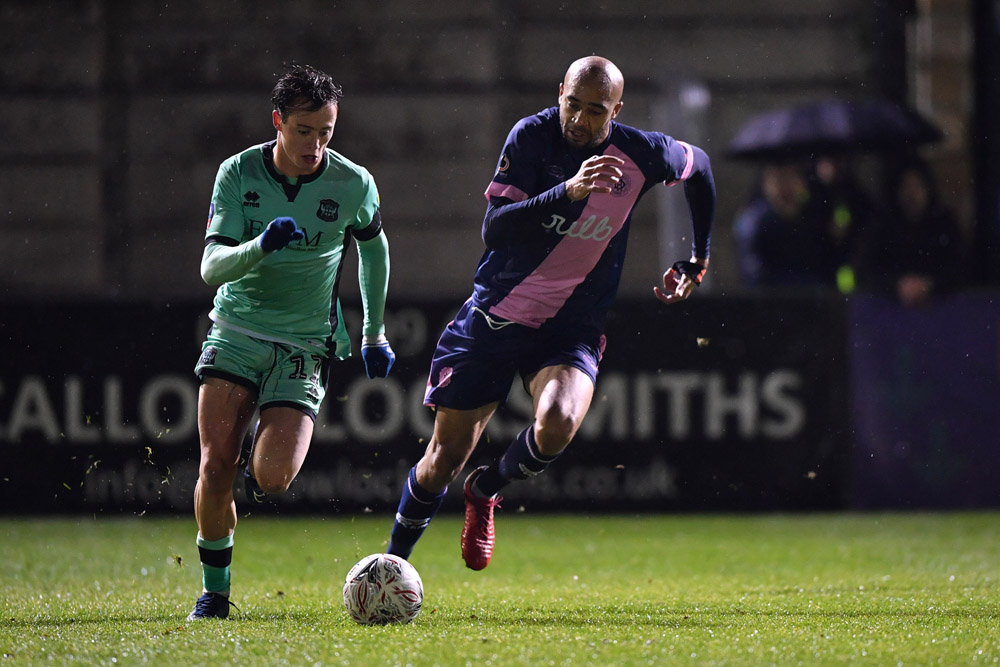 Bromley will look to progress in the tournament after earning a replay – drawing 1-1 at Bristol Rovers on Sunday.

Luke Leahy had put the Gas in front but Chris Bush hooked home late on for the National League leaders, despite the fact they played the final 20 minutes with 10 men as Adam Clifton went off with an injury and they had already used all their substitutions.

Tooting & Mitcham were 4-0 winners at Margate in the FA Trophy second qualifying round. Their scorers were Danny Bassett, Connor French, David Castanho and Razzaq Coleman.

Wale Odedoyin claimed a hat-trick for Fisher as they won 3-2 at Punjab United in the SCEFL Premier Division.

Croydon were smashed 6-1 at home by Lordswood. Nahum Green got the hosts’ goal.