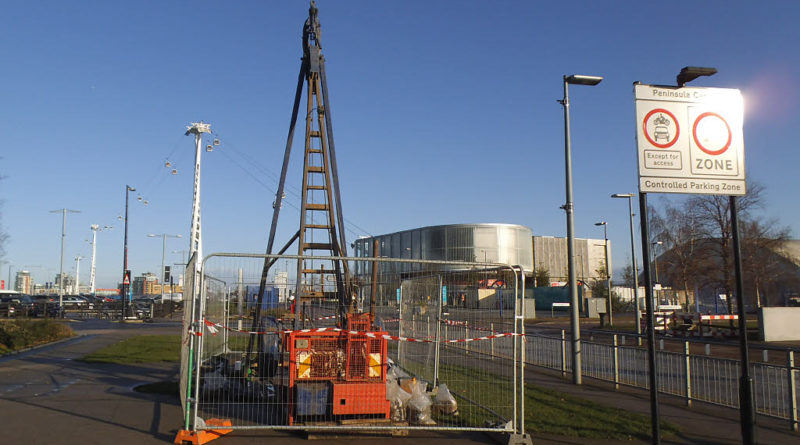 Losing bidders have successfully imposed a block on a massive tunnel contract being awarded by the capital’s transport chiefs, it has been revealed.

The highly contentious Silvertown project cannot currently be awarded to the winning contractors, Riverlinx, by Transport for London (TfL) as a result.

STC, who failed in their bid to build the tunnel, is taking TfL to court over its decision to award the massive project to Riverlinx earlier this year.

The new road, joining Greenwich to Silvertown, has been heavily opposed by activists, residents and some councillors for creating more fumes at one of London’s worst pollution hotspots.

It comes as climate activists gathered on a Blackwall Tunnel sliproad today in protest of the new tunnel.

The controversial river crossing has been criticised by many, including  campaign group Stop the Silvertown Tunnel Coalition, for contradicting the Mayor’s declaration of a “climate emergency”.

A spokesman for TfL confirmed: “We are disappointed that our reserve bidder, STC, has decided to challenge the outcome of our procurement process for the design, build, finance and maintain contract for the Silvertown Tunnel.

“We are awaiting further details about the claim and will respond to them in due course.”

It is understood TfL will be looking to award the contract and begin construction as soon as possible.

The challenge means TfL is legally suspended from awarding the contract to Riverlinx later this summer as planned.

Local activist Victoria Rance, spokesperson for Stop the Silvertown Tunnel Coalition described the news as “brilliant” and said she was “thrilled” to have more time to campaign against the tunnel.

She said: “We’re incredibly interested in why this happened and we celebrate more time to continue the campaign.

Ms Rance, who attended Blackwall Tunnel swarming today, said there had been “overwhelming support” from the community, and many locals didn’t know about the plans for the new tunnel.

The controversial tunnel, estimated to cost £1bn, has drawn fierce local criticism on both sides of the water.

Hackney Council has recently reiterated its opposition to the new road, writing to transport chiefs calling for it to be abandoned.

Greenwich Council is committed to supporting the tunnel, but local Labour branches have begun pressing their leadership to change its stance.

Green assembly member Caroline Russell welcomed the delay as “a real opportunity” for the Mayor to reconsider the Silvertown project.

She said: “This toxic tunnel proposal locks in decades of extra polluting traffic driving through south and east London rather than helping people get around in a better way.

“The Mayor should cancel Silvertown Tunnel now and get around the table with residents, campaigners and councils to discuss alternatives fit for a greener, cleaner London.”

Liberal Democrat assembly member Caroline Pidgeon also called for the Mayor to reconsider his plans for Silvertown.
She said: “The Mayor now has an important window of opportunity to review whether it makes sense to proceed with a road building tunnel that will merely generate more traffic and pollution in future years.

“I hope he uses this opportunity wisely and changes his mind. We will only reduce congestion and air pollution in London by investing in public transport, not an expensive road tunnel.”