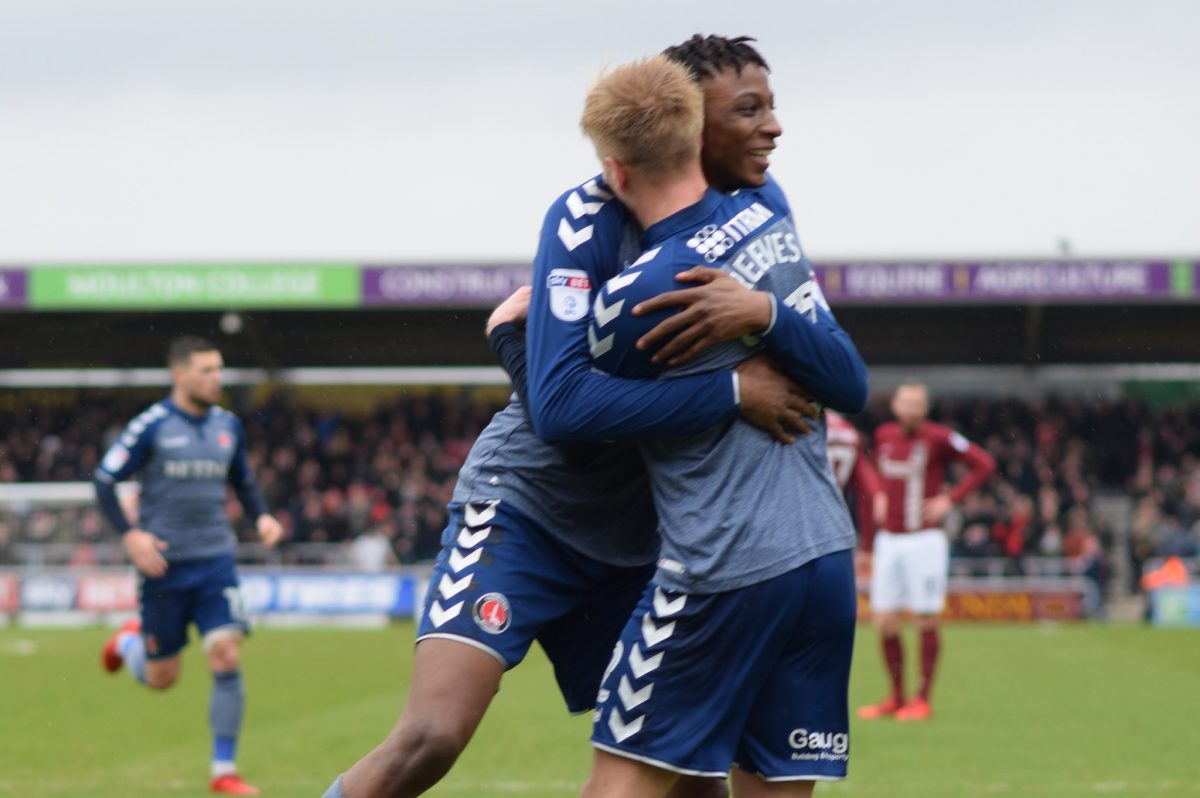 The play-off chasing South Londoners thrashed their relegation-threatened hosts as they rose to eighth in the League One table, still two points shy of the top six. Bowyer’s 100 percent start to life in temporary charge in SE7 is now extended to two games.

Early strikes from Ben Reeves and Tariqe Fosu had the visitors in control. Fosu added his second soon after the interval, before Josh Magennis completed the scoring with eleven left to play.

Jordan Turnball had headed a corner wide for the hosts in the opening exchanges but it didn’t take Charlton long to exert their dominance on the game.

Nicky Ajose had already dragged an effort on the turn wide before the South Londoners edged ahead on fourteen minutes. Lewis Page, who scored his maiden Addicks goal last weekend, delivered a delicious left-footed cross onto the head of Reeves. Richard O’Donnell got a hand onto the Charlton midfielder’s effort but couldn’t stop the ball from nestling inside the post.

The lead was doubled just five minutes later. Patrick Bauer’s ball out of defence was superbly dummied by Ajose, with Fosu collecting it inside the Cobblers half. He kept going with it before unleashing a neat finish beyond O’Donnell into the bottom corner.

Bowyer’s men were in complete control and nearly extended their lead further as a superb move involving Reeves, Ajose and Fosu ended with the latter just unable to convert from inside the area.

Ajose also saw a curling shot deflect wide – before the hosts, managed by former Charlton man Jimmy Floyd Hasselbaink, were booed off at the interval.

The ex-Addick had further cause for concern as Fosu stretched the lead to three with a fine drive from 25-yards and into the bottom corner.

Things got even better for Bowyer as he was able to call upon Stephy Mavididi from the bench, his first appearance since suffering a hamstring injury in early February.

Jake Forster-Caskey was denied by O’Donnell at his near-post and Mavididi had a shot blocked but the Addicks did add a fourth with just over ten minutes to play. Reeves chipped a cross towards the far-post where substitute Magennis buried a header he never should have won between two defenders.

Mavididi nearly scored his side’s fifth after running nearly half the length of the field with the ball was just denied by O’Donnell as he tried to round the home keeper – the Addicks forced to settle for four as they continued their interest in the race for the play-offs.