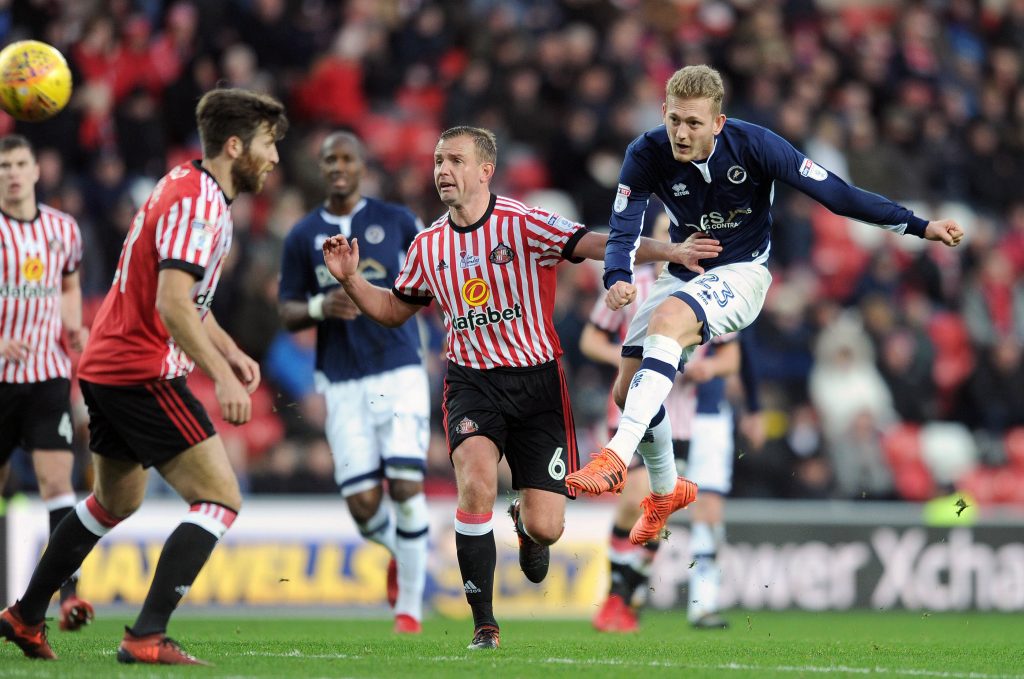 George Saville will make up for World Cup qualification disappointment with Northern Ireland by focusing his efforts on helping Millwall move up the Championship table.

The 24-year-old’s double in Saturday’s 2-2 draw at Sunderland took the summer signing from Wolves to six goals for the campaign.

Saville had just returned from international duty with Ireland beaten over two legs in the World Cup play-off against Switzerland.

“It was probably the worst I’ve ever felt coming off a pitch,” he said. “It was not a nice feeling but I gave what I could for the team and my country, so I’m looking forward to going back.

“It’s a shame we didn’t qualify but my focus now is on Millwall.

“There are no more internationals until next March. The Christmas period will get busy with Millwall, so it’s time to climb up that table, get a few wins and see where it can take us.”

Saville twice beat Sunderland’s Robbin Ruiter with free-kicks at the Stadium of Light – with the goalkeeper hugely unconvincing on both.

“I had a bit of a helping hand from the goalkeeper with the first goal and the second one had more pace on it,” said Saville.

Lions goalkeeper Jordan Archer was at fault for Sunderland’s second goal early in the second half as Adam Matthews cross completely bamboozled him.

“That gave them the momentum,” said Saville. “It’s a mistake. Jord won’t be happy and he’ll be the first to say it was his fault.

“But we win together and we lose together – we’ll pick him up and go again on Tuesday [at home to Hull City].

“There are a few positives to take out of Saturday. We were our own worst enemy sometimes, but it’s a point and we move on.”