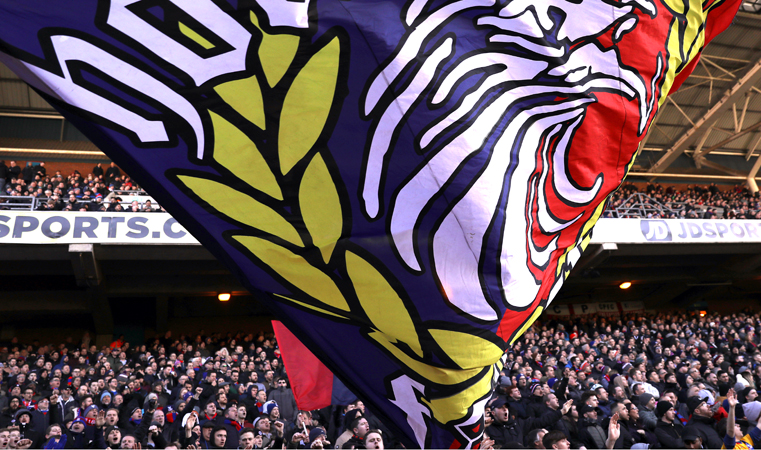 Two is also the number of appearances that the 6’4” forward has now made for the Eagles, after the Trondheim-born player made his club debut away to Everton in the 3-1 loss last time out in the in the league and then on Sunday he appeared at Selhurst Park for the first time, in the 1-0 loss against Tottenham Hotspur.

“As a team we kept our shape pretty well – they had some chances, but we should have taken more advantage of our counter-attacks and [if we had] we could have won,” said the Norwegian to the South London Press, reflecting on the 89th minute matchwinner from Harry Kane.

“It felt good [to make my home debut], we got great support from our fans – they have got our backs so that’s nice and I want to play more games in front of them.”

Sorloth has had a steep learning curve after coming to England following nearly nine weeks without a competitive game, thanks to a winter break in Denmark, and Palace marks his third country in less than a year after an unsuccessful spell in the Dutch Eredivise last season, with FC Groningen.

“There’s generally more pace in the Premier League than what I’m used to,” he admitted after the Spurs defeat, where he played on the left side of the Palace attack. “Also, there are more athletes in the league, so you have to be more on your toes, but I think I’ve settled in pretty well.

“I prefer to play as a striker of course, but if the manager says I going to play left wing then I am going to do my best there. I think against other teams I will be more involved in the offence and will be better, but Tottenham were really good at keeping possession, so I couldn’t get in the box that much.

“Against different teams we will keep the ball more, create more chances and then I can get in the box.”

Sorloth arrived in England to join an Eagles side decimated by injury, with the number of first team players unavailable before the Tottenham game up to 12, but despite this crisis in SE25, Sorloth has been working hard with his only available strike partner in a situation which he has had to make the most of.

“If Palace had had their full starting eleven from day one of the league then I wouldn’t have got my debut so early,” he revealed. “I feel emotion on both sides because [the injuries mean] I get to play more, but we want to get our injured players back and get them playing.

“Christian and I have been doing [link-up work] in training the past few weeks, so we’re getting to know each other better and better. Hopefully we can create chances in the coming matches.”

Sorloth joins a list of Norwegians who have donned the red and blue, including Steffen Iversen (2011-12), Jonathan Parr (2011-14) and Brede Hangeland (2014-16) in recent times and for the striker, who has described Iversen as one of his “idols”, he is hoping to bring to England a little bit of his experience of another team sport he played back home in Norway.

“I actually played handball until I was 16,” said Sorloth, whose father played in the USA 1994 World Cup for Norway. “In handball it’s all about physique – you have to go into a lot of tough duels and I can definitely bring that onto the pitch here in England, which I hope to do in the next games.

“I haven’t spoken to Jonny or Steffen yet, but I know their history and they had a good time at the club – I haven’t even spoken to Brede yet, but I followed his career and he was a great player.”