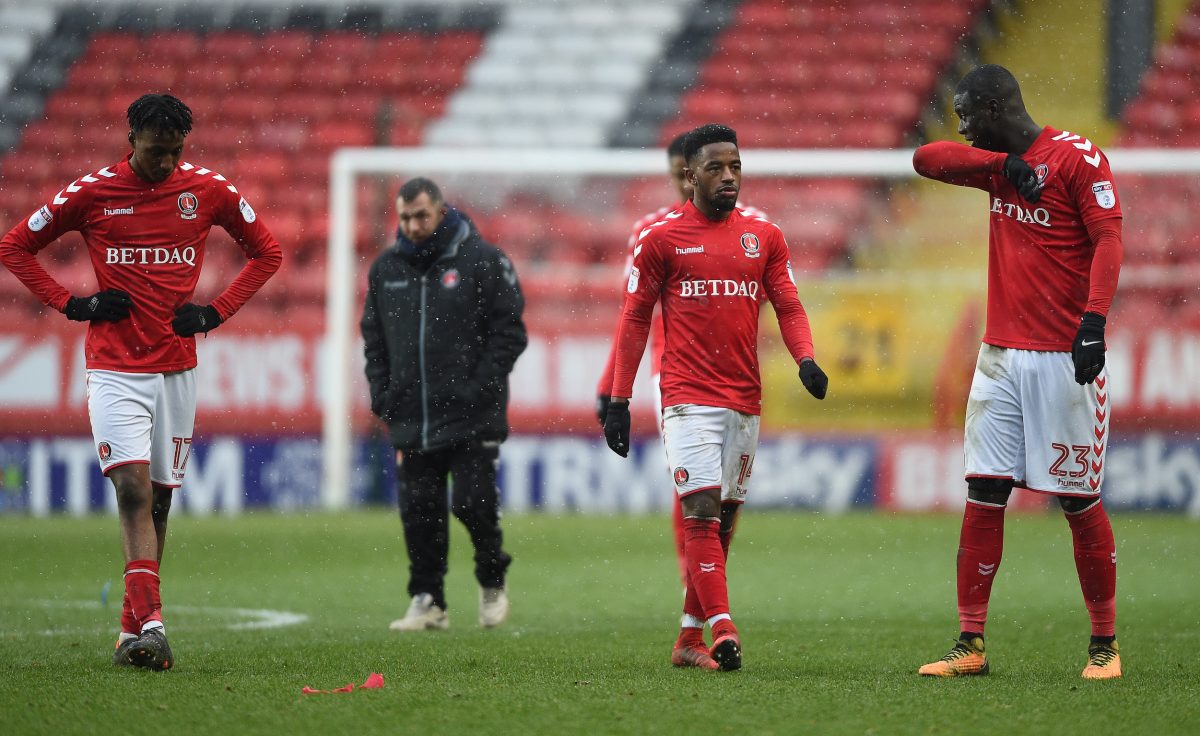 If there is one thing less plausible than Charlton’s play-off prospects at the moment, it would have to be the attendance announced for Saturday’s uninspiring stalemate with Fleetwood Town.

I’m stumped as to how the official gate was given as 9,865. The figure of 105 away fans looked about right. Even taking into account season ticket holders who could not be bothered to attend, the total lacks any credibility.

The Valley was empty, a truly depressing and deflating sight.

It would be lovely to say that those who did brave the limb-numbing cold were rewarded with a strong Addicks performance. But that isn’t where Karl Robinson’s team are at the moment.

Saturday made it three matches out of four that Charlton have failed to score.

Momentum is key at this stage of the season and the South London outfit don’t have any. What’s more, it is hard to see how they get out of their nosedive. If there are any encouraging signs, they were about as visible as some of the surrounding area being obscured with a reasonably thick layer of snow.

Next up is Plymouth Argyle and injury to England under-20 international Jay Dasilva means that Charlton will be unable to call it off. The on-loan Chelsea left-back’s ankle problem means they will not have the three call-ups needed to force a postponement.

And they will also be without Josh Magennis – their one specialist striker. He was sarcastically cheered off at the weekend when he was replaced on the hour mark by Michal Zyro.

The Northern Ireland international has his detractors amongst the Addicks fanbase, but has netted three of their meagre haul of seven goals since the start of February.

Charlton fans are searching for scapegoats and they directed their criticism at a few different outlets on Saturday – Magennis, Robinson, Naby Sarr and Mark Marshall.

If Plymouth, who have taken 22 points from their last eight games, were to win then it would give them an eight-point advantage over Charlton, who would only have nine fixtures to go.

Clubs which gain success over a sustained period have stability and purpose – but the Addicks have been left treading water as absent owner Roland Duchatelet continues takeover talks. Cramp is setting in.

One theory – and we’re not getting informed updates on the process – is that the Belgian is holding fire on a sale as he waits to see how Charlton’s campaign pans out. He might get an answer a bit earlier than May with the way that things are going.

The Addicks lack direction from the top and stagnation has set in, not aided by nine players sidelined through injury.

They could badly have done with Stephy Mavididi’s pace and directness against Fleetwood. He had looked a dangerman before his hamstring problems ruled him out for a sustained period.

He has been the biggest miss in recent weeks. None of the other offensive players have been able to contribute enough.

It’s puzzling how Marshall and Ben Reeves were Player of the Year winners at Bradford City and Milton Keynes last season, and yet have not been able to replicate that form in SE7.

Magennis has his critics, but it was not like he spurned opportunity after opportunity on Saturday. I can’t remember him getting a proper sighting of goal.

Charlton’s shooting was as poor as their corner kicks and attacking set-pieces. Their one moment of composure saw Ajose latch onto Jake Forster-Caskey’s through ball and dink over Alex Cairns, but it was ruled out for offside.

The official stats had the hosts managing two efforts on target. I must have missed one of them. The only one I noted was Reeves’ 52nd minute turn and strike which was comfortably fielded by Cairns.

Only five teams have scored less than Charlton (11) in the last 10 games.

Fleetwood, in the play-offs last season but now fighting to stay up, did not look great. Even so, they had one of the better opportunities – Wes Burns failing to get a proper connection at the back post after a deflected shot strayed into his path.

The weather might have made it feel like we were still in the grip of winter – with plenty of time to turn the campaign around – but the reality is that a season that started with such promise is crumbling apart with the finishing line in sight.