Erith teenager Casey O’Gorman had a weekend to remember taking a win and a second place in round seven of the British Talent Cup, held as support races for the British round of the MotoGP Championship at Silverstone.

The 14 year old qualified his Honda NSF250R in third place on the outside of the front row for Saturday’s race. 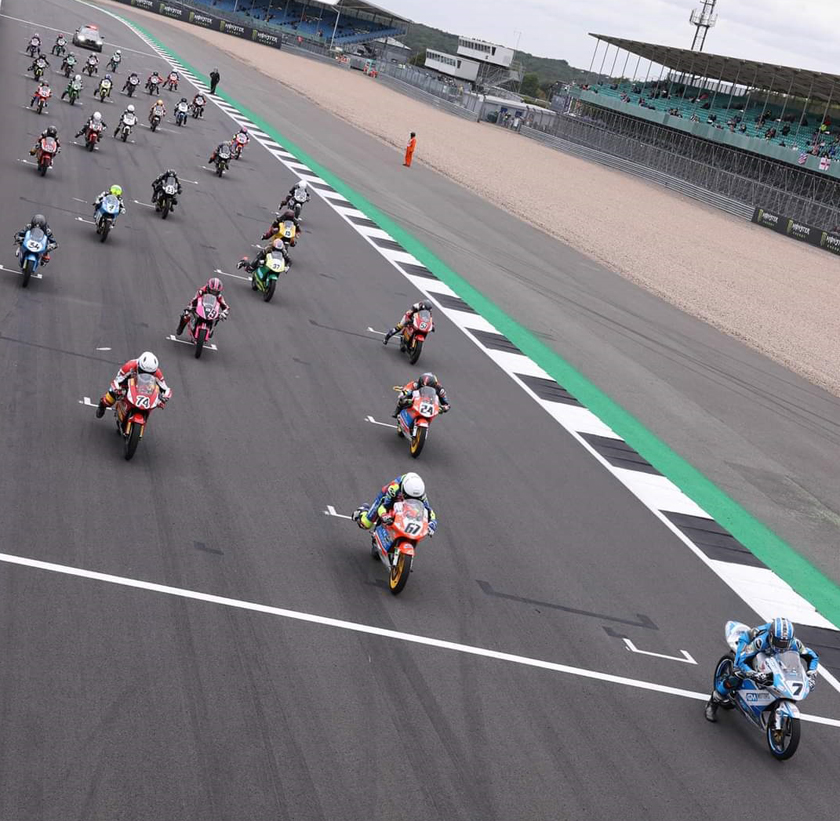 O’Gorman got the leap off the line to slot into second behind Johnny Garness whilst holding off the attentions of Jamie Lyons before inheriting the lead as Garness slid off out of and out of contention later in the opening lap. 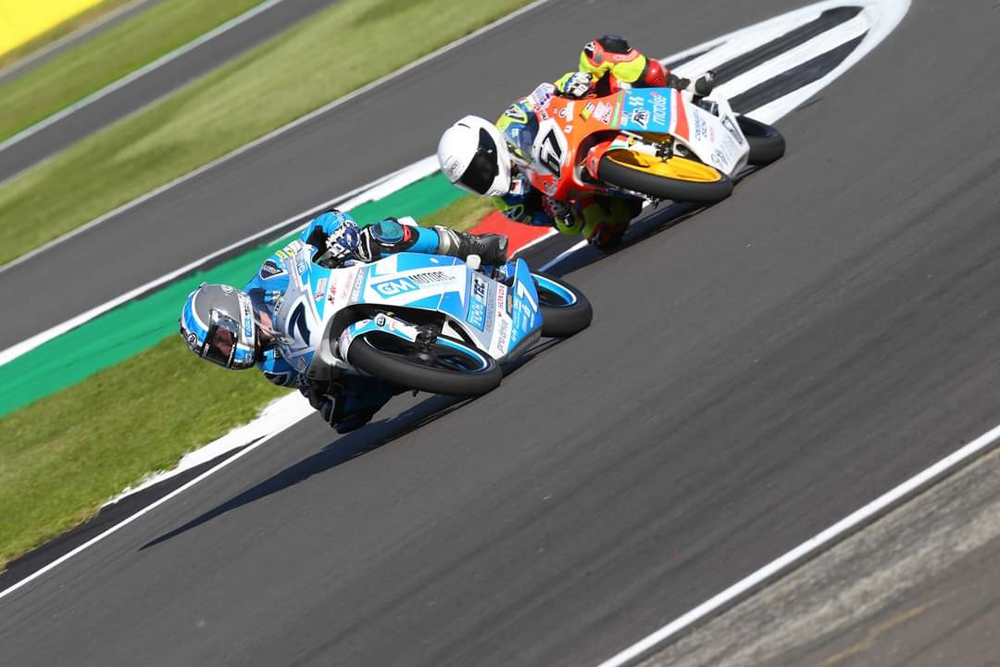 Soon a three rider battle ensued for the lead between O’Gorman, Lyons and Bailey Stuart-Campbell with the lead swapping every lap.

Seven laps to go and O’Gorman and Lyon’s have broken Stuart-Campbell who fell into the clutches of the chasing group.

Eleventh and final lap and Lyons made his move into the lead, blocking O’Gorman’s challenges at every turn, holding the youngster off to the flag to the tune of 0.013 of a second. 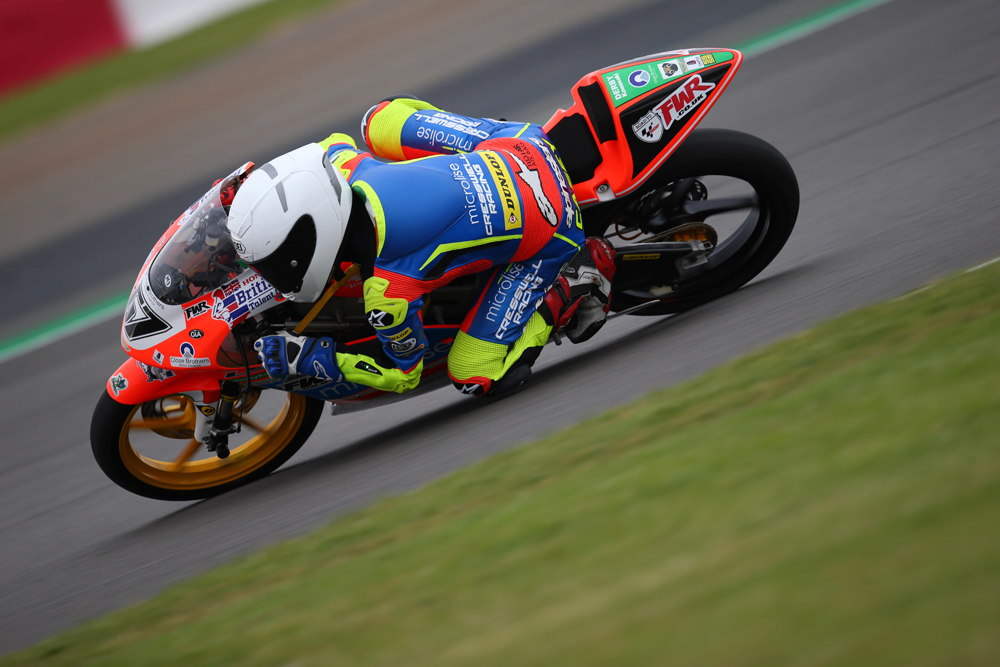 Starting second on the grid for Sunday’s race, O’Gorman stormed into the lead to head the first lap.

A seven bike train ensued with O’Gorman, Lyons and Garness constantly swapping the lead, testing where each other were quickest.

Four laps to go and as in Saturday’s race, O’Gorman and Lyons broke the following pack and were fighting tooth and nail for the victory. 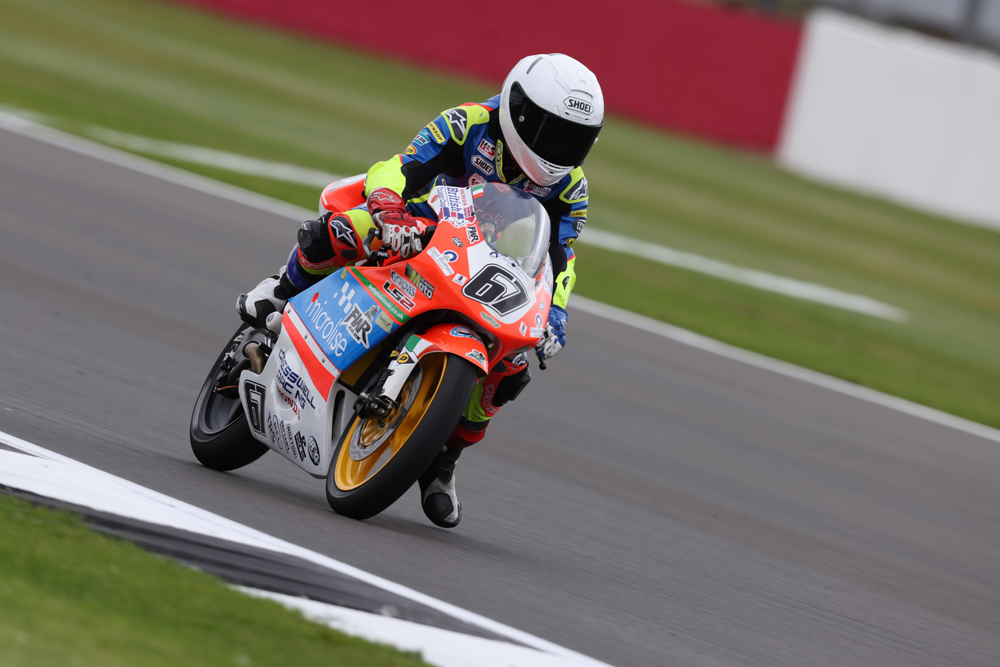 Final time of asking and with Lyons leading, O’Gorman made his move down the Wellington straight, timing it perfectly to hold off the number seven rider to the flag for his fifth win of the season with points leader, Evan Belford taking the last step on the podium over three seconds back. 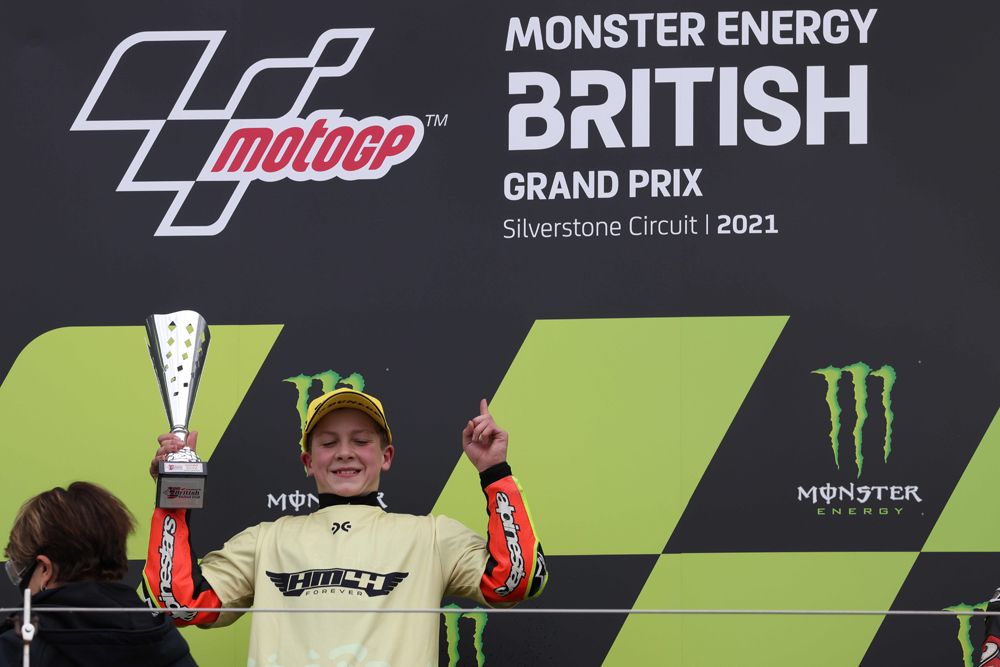 O’Gorman has moved up to second in the championship, equal on points with Carter Brown on 165, 23 behind leader Belford.

The next round of the championship will be held at Snetterton in Norfolk on the 3-5th September. 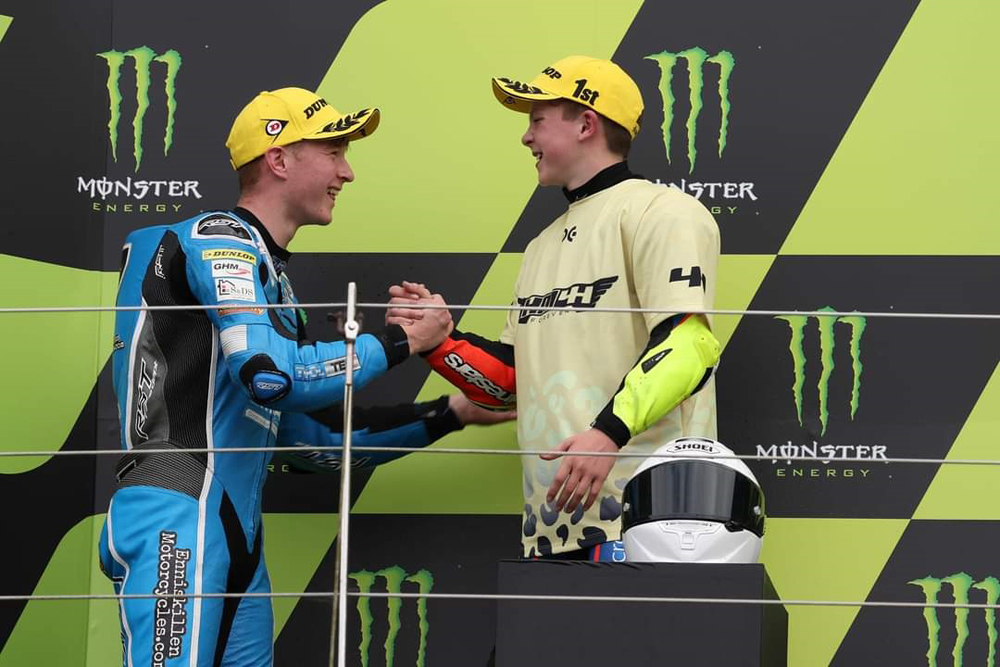