Fourteen year old Casey O’Gorman had a weekend to remember with two dominant victories in the finale of the British Talent Cup series on the  Donington Park GP circuit to be crowned 2021 champion.

The Erith schoolboy started off the weekend the best way by topping both the practice sessions and dipping under the lap record before setting pole position in qualifying with a time of 1:42.489, nearly a second quicker than championship rivals, Carter Brown in second and Evan Belford down in seventh. 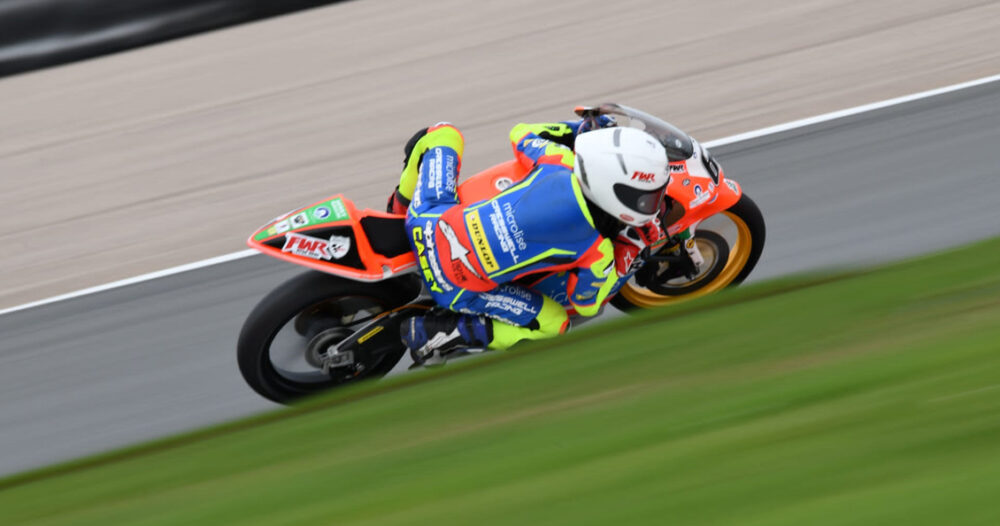 In race one, held in terrible conditions on the Saturday, O’Gorman showed he is just as quick in the wet as in the dry by flying into the lead off the lights and never looking back, pulling a 16.142 second lead to take the chequered flag after twelve laps and for the first time since the opening round, lead the championship by one point from Brown who could only manage fourth. 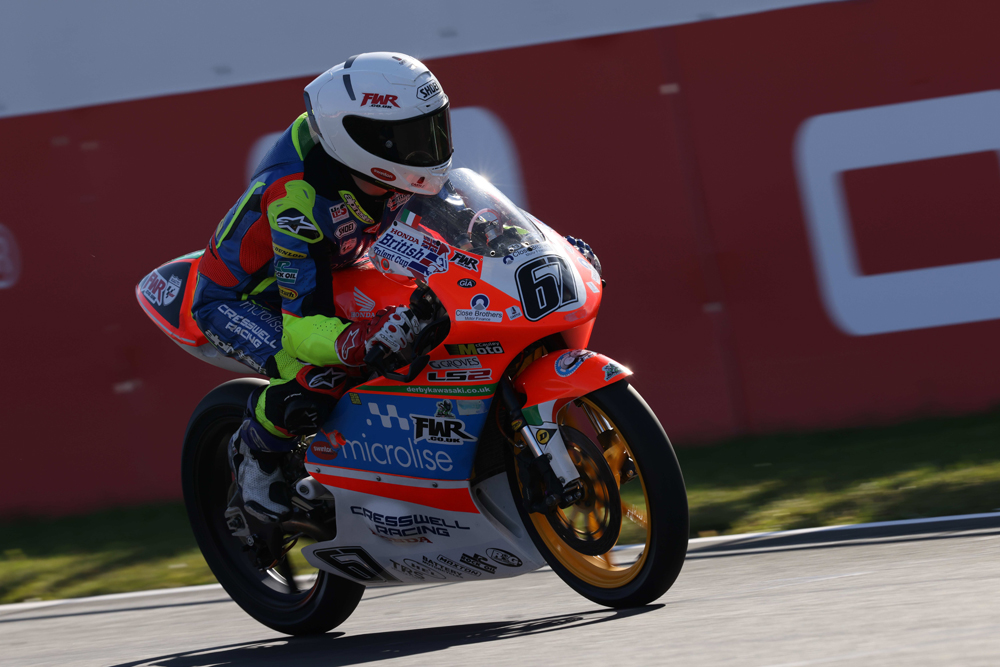 Starting second on the grid for the final race of the season on Sunday behind Brown who claimed pole thanks to his fastest lap in the previous race, O’Gorman didn’t get the best of starts, initially dropping to fourth before swiftly making it back to the front.

Three laps of fifteen down and O’Gorman was the fastest man on track with nearly a second gap to Brown in second. 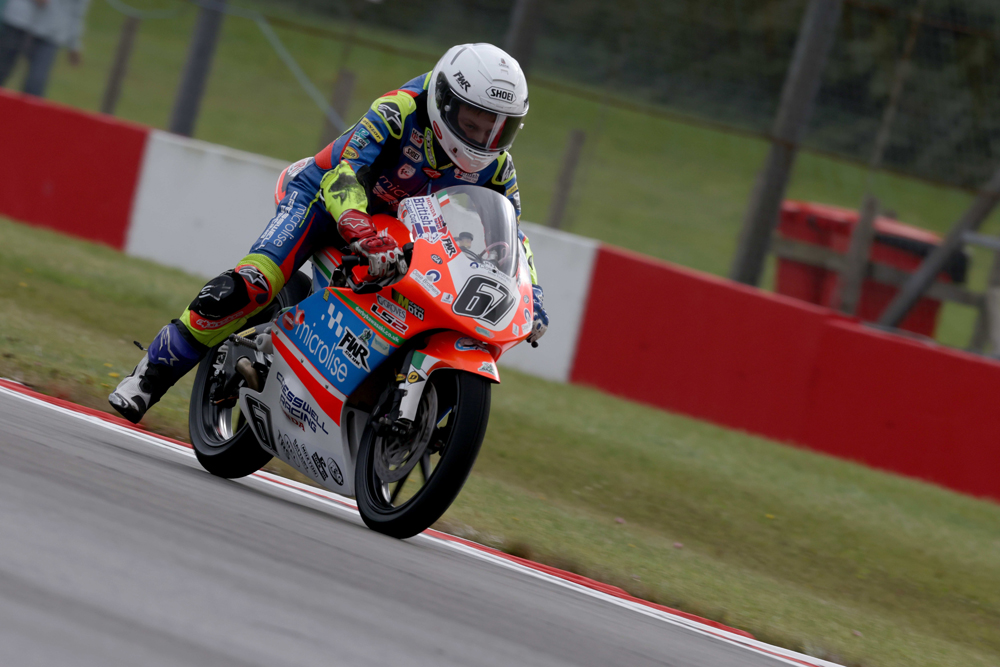 Barely two laps later and the young Irishman had stretched his lead to 2.872 seconds and Brown had slipped into the clutches of number seven, Jamie Lyons.

Showing a dominant display, O’Gorman opened up a gap of around five seconds and settled into a pace, controlling the distance between himself and Brown who had now pulled away from Lyons. 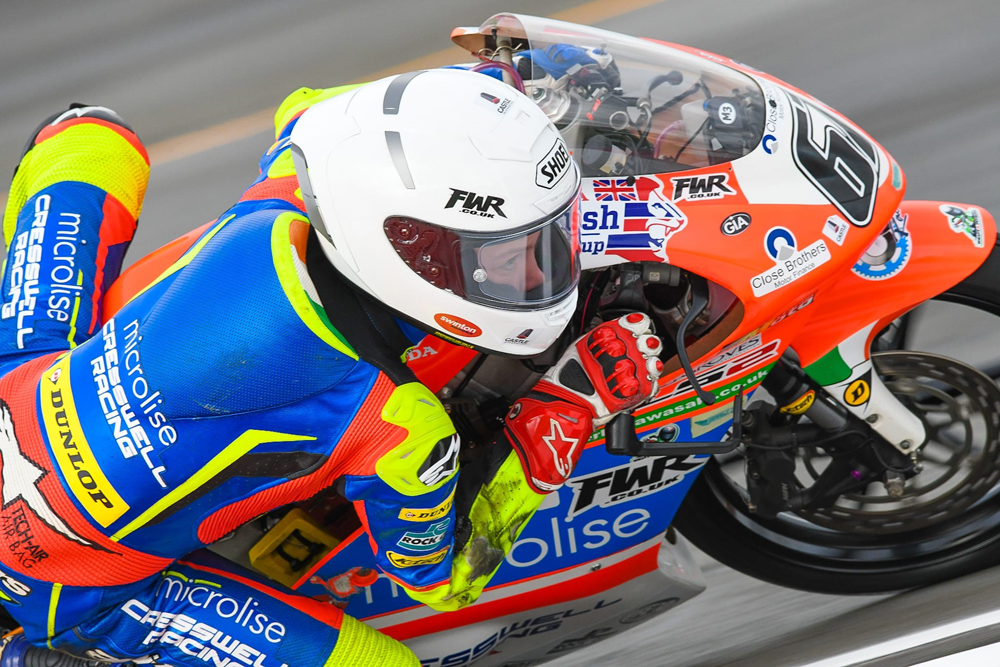 For the final lap of 2021 and with a lead of over six seconds O’Gorman could afford to cruise around as he took the chequered flag 6.902 seconds ahead of Brown and the title of British Talent Cup Champion for 2021. 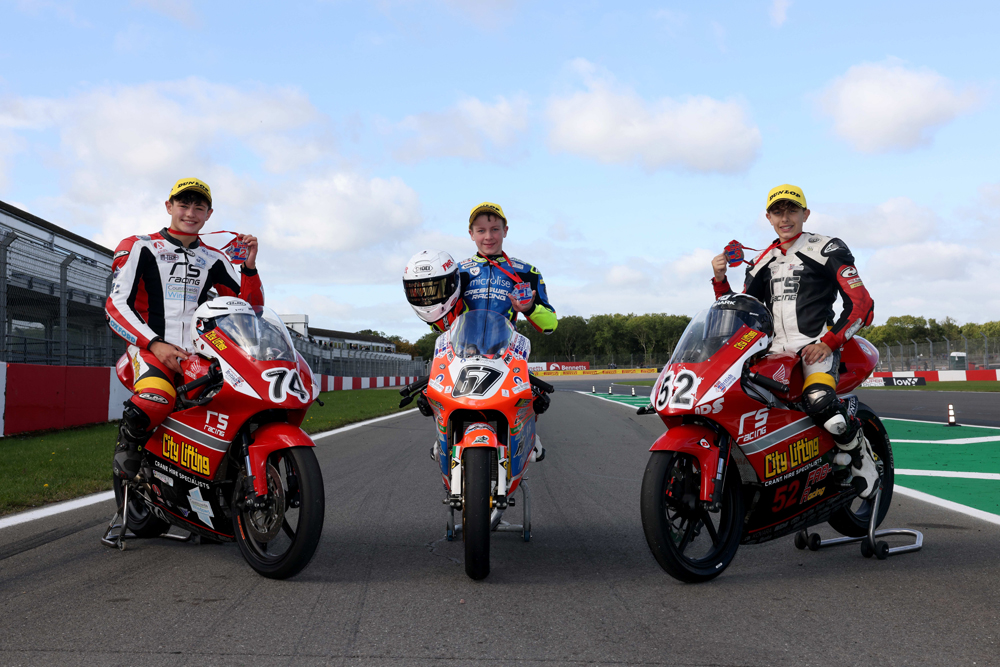 “Feels great after missing three rounds and coming back 91 points behind to win the championship in the last race. 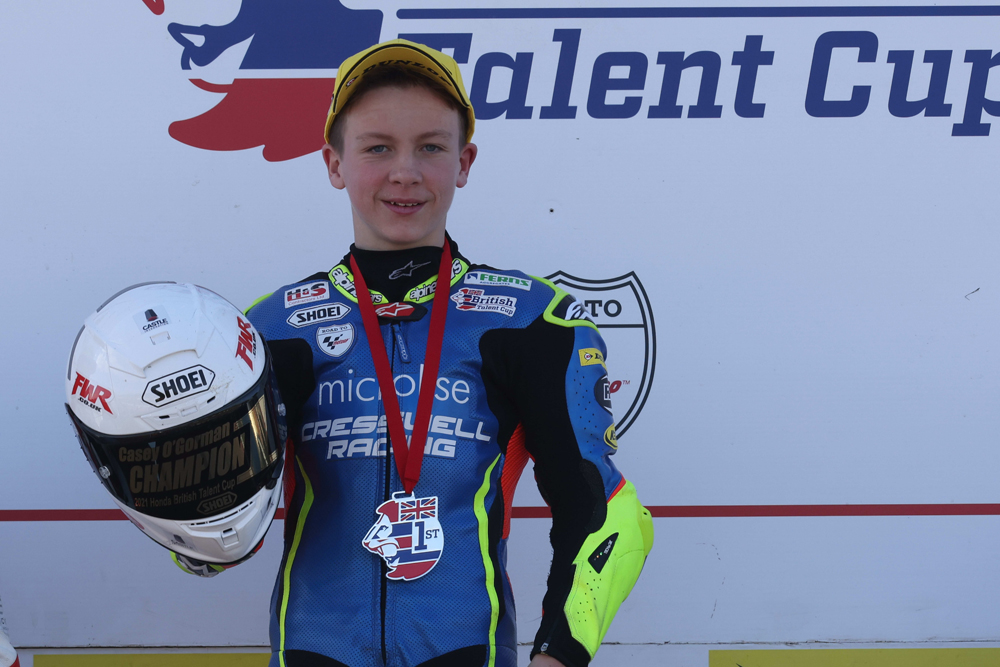 “Massive thanks to everyone at Microlise Cresswell Racing for supporting me this year with a championship winning package. Thanks to all my sponsors and supporters and management; wouldn’t even be racing without your support.

“Now we just have to find £150k to continue the journey in the Junior World Championships next season.”