Erith motorcycle racer Casey O’Gorman maintained his podium record in the latest round of the British Talent Cup at Snetterton last weekend with a win and a second place to close the gap to the top to just ten points.

The 14 year old headed Saturday’s qualifying session until the dying moments when the City Lifting by RS Racing Honda of Johnny Garness demoted him to second, with the two youngsters well clear of the chasing pack.

Getting off the line well for the start of the first race, O’Gorman slotted in behind the flyweight Garness as the two riders started to pull a gap on the rest of the field. 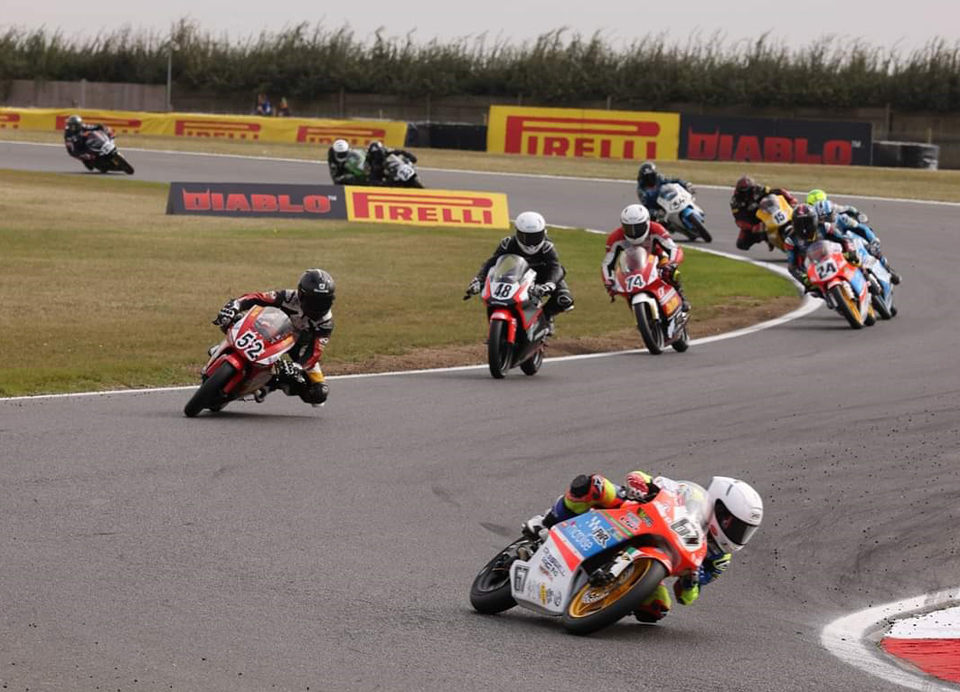 Lap three and Garness crashed out of the lead leaving O’Gorman with a nearly four second lead on second place.

With no-one to bother him, O’Gorman had a lonely twelve lap race to take the chequered flag four and a half seconds ahead of Carter Brown and championship leader, Evan Belford.

Starting second on the grid for Sunday’s race, O’Gorman kept place behind Garness off the line, swapping the lead several times on the first lap. 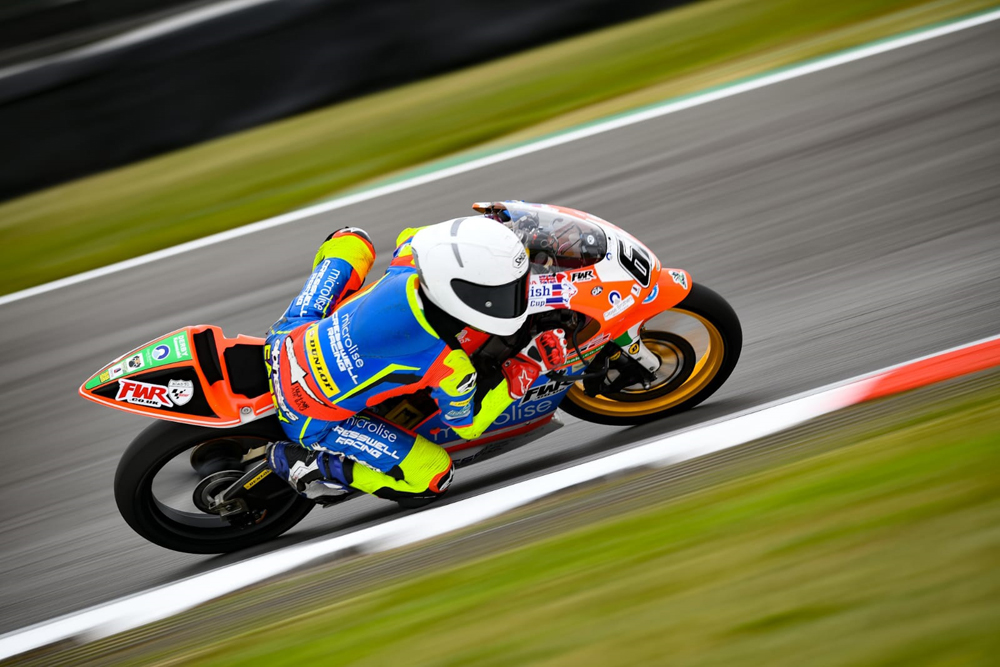 Three laps in and a breakaway group formed with Garness leading O’Gorman with nothing to split the leading six riders.

Lap five of twelve and Belford moved up to second but almost immediately O’Gorman fought back to reclaim his place.

Barely a lap later and O’Gorman took the lead and held off the diminutive figure of Garness down the front straight into the first corner.

As is the norm in the BTC, the lead swapped several more times between O’Gorman, Belford and Garness. 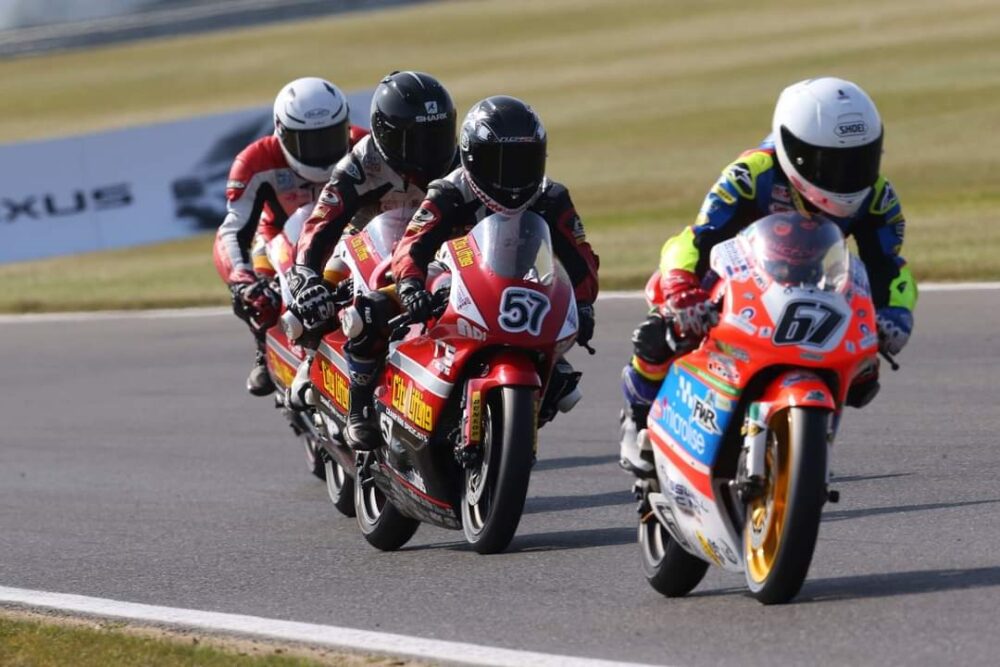 Two laps to go and 0.891 seconds cover the top five with O’Gorman holding the lead by the slenderest of margains.

Last lap and Garness slipped under O’Gorman to take the lead with the Irishman fighting straight back only to lose the lead again down the back straight and despite trying every which way to get the win, the superior power to weight advantage of Garness made sure he won the drag race to the flag.

O’Gorman is now ten points behind Belford on 210 with Carter Brown in third on 198. 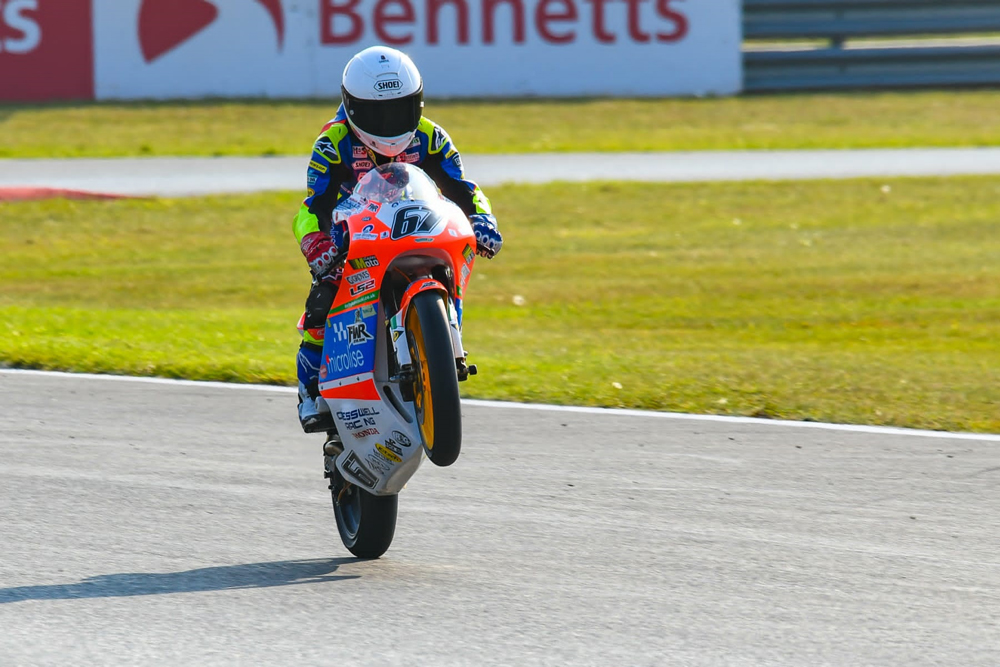 O’Gorman said, “It was a good race. He’s (Garness) very fast on the straights and he got me to the line.”

The championship returns on the 10-12th September on the Silverstone National circuit.