Erith teenager Casey O’Gorman took a podium in his first ever motorcycle race at 600cc level when he claimed third place at the final round of the Andalusian Speed Championship (CAV) in the Yamaha R6/Open 600/Cup 600 race at Jerez in Spain at the weekend.

Switching from his usual 250cc single cylinder Moto3 machine to a Honda CBR600, the 14 year old only had a few weeks to learn how to ride the bike before the meeting where he would participate in the Open 600 class. 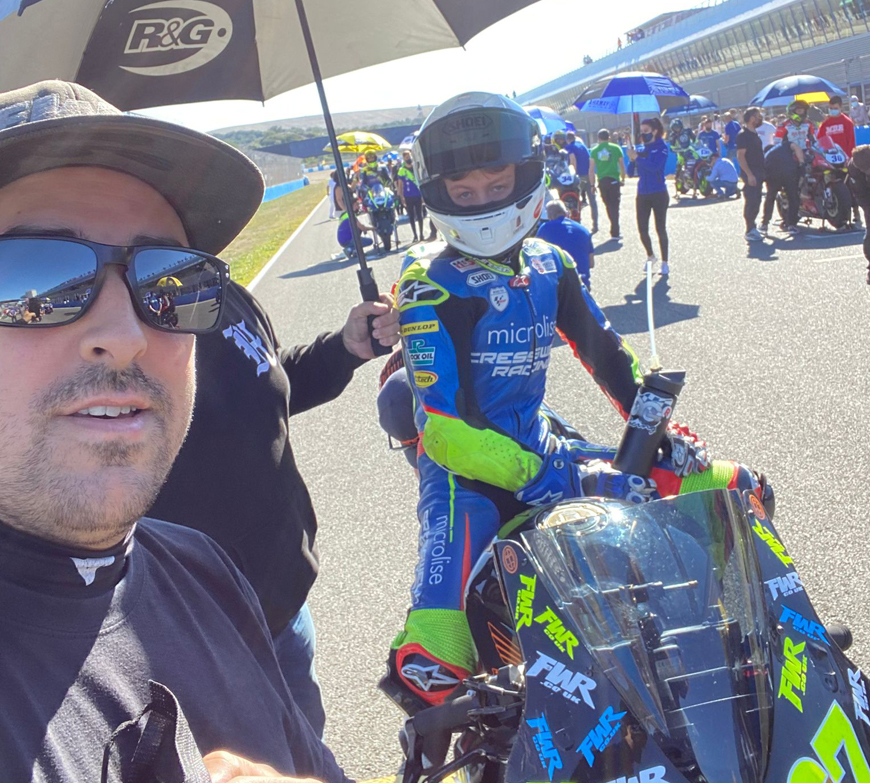 Qualifying twelfth overall on the grid would be fantastic in anybody’s book but to do it on a standard, 18 year old machine against all the latest bikes just goes to show the talent the young Irishman possesses. 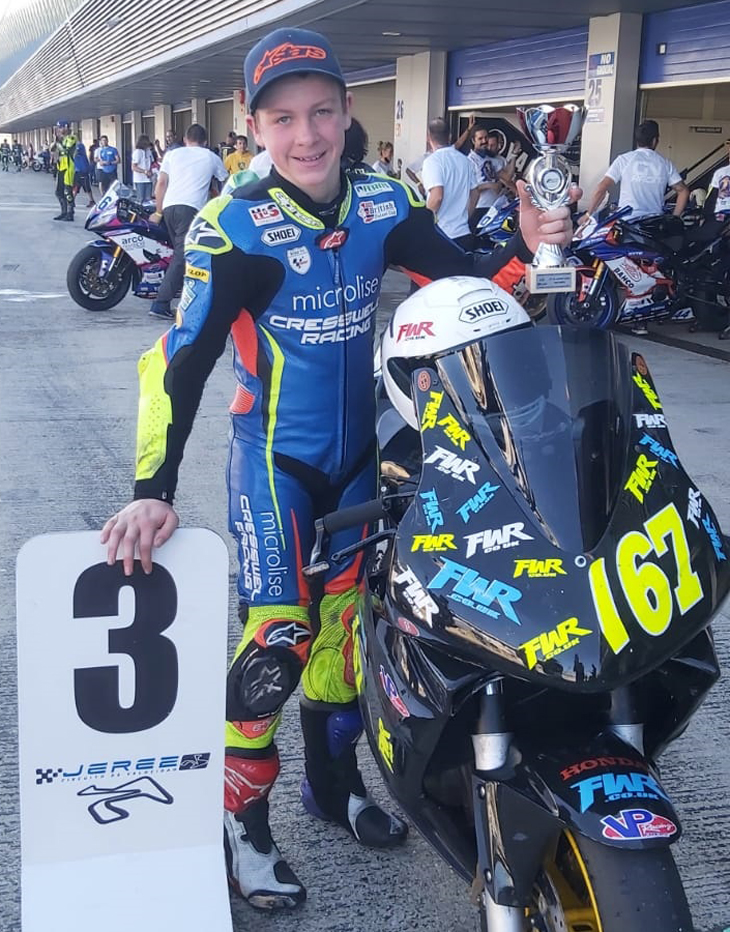 Carrying his lightning starts from the British Talent Cup over to the bigger bikes O’Gorman settled into a steady race pace, moving up through the field to finish the twelve lap race comfortably ahead of the chasing pack for a ninth place finish overall despite being up to 14kph slower down the straights than the fastest bikes, and third in class.

O’Gorman said “(I’m) over the moon to get a podium in my first 600 race. Massive thanks to everyone who helped make this happen, especially Bob Collins (of FWR Ltd).”