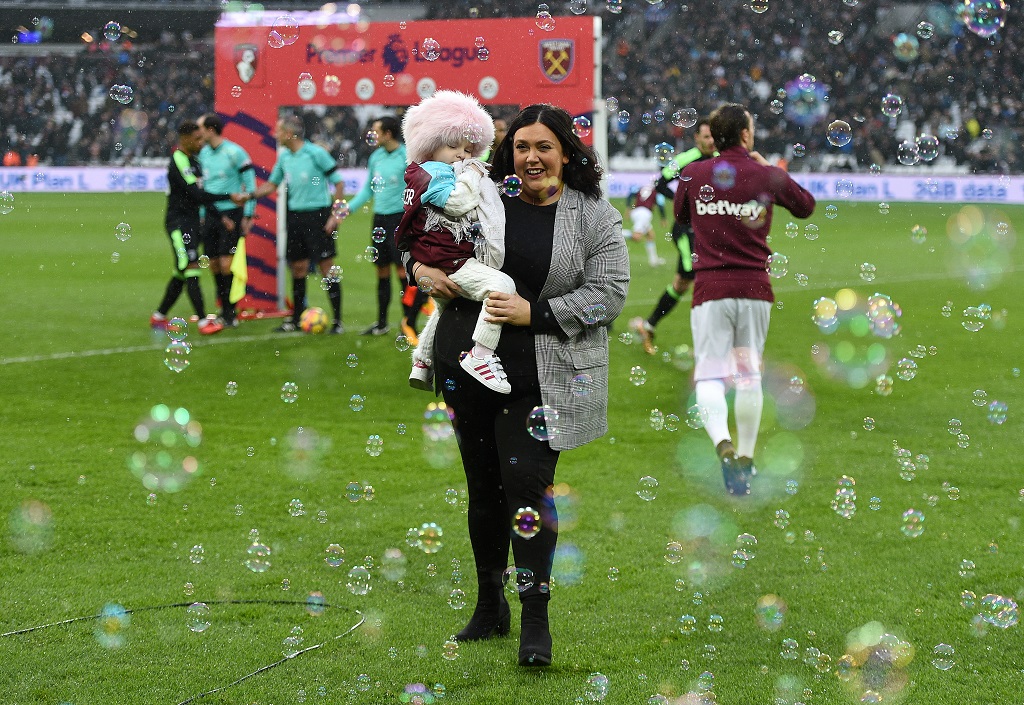 A Millwall fan is challenging the myth that they can’t put aside old rivalries when it is a matter of life and death.

Nick Hart will join West Ham supporters on a walk to raise money for cancer sufferer Isla Caton to get treatment which is not available on the NHS. The former chairman of the Millwall Trust and editor of fanzine Cold Blow Lane Magazine is walking nine miles on April 14, aiming to raise more than £1,500.

The walk will take him from West Ham’s Chadwell Heath training ground, past the site of their former stadium, Upton Park, to their new ground at the London Stadium – the former Olympic Stadium.

The dedicated Lions fan would have hoped to be at their game at Sheffield United on that day – which he will hope will be a vital step on their road to the play-offs. But instead of a trip to Bramall Lane in sunny Yorkshire, he will be yomping alongside fans of bitter rivals the Hammers, who take on fellow strugglers Stoke.

If he is hoping the east Londoners lose that game, he may well keep it to himself. “It was something I had seen on the internet and when I tweeted it, they asked me if I was interested in helping out,” said Nick.

“I could not think of an adequate reason not to. The rivalry wasn’t enough to justify not helping a girl like Isla. “It will be an interesting experience for me.

Obviously, the traditional hostilities will be suspended. “But West Ham are going through an uneven time of it this season and their move to the London Stadium has not been as smooth as it might. So in a funny way, there is some sympathy for their predicament – though perhaps they would not welcome my thoughts on that.

“Nick was raised in Bermondsey but moved across the river to Beckton after getting married – into deepest West Ham country – so he usually keeps his allegiances close to his chest.

“I am looking forward to it,” he said. “It will be one of those days when football does something good. It is easy to malign sport but it can do things like this when fans put aside their rivalries.

“When I put up the Justgiving page, I thought a few people would help out but it seems to have really taken off.

“His Justgiving page says: “Like all Millwall fans, we were very touched to read of young Isla Caton’s appeal for funds to visit the USA for vital cancer treatment, not available on the NHS.

“So to lend my support, I am joining the #teamIsla walk from the West Ham United training ground, to the London Stadium in Stratford on April 14.

“Which, as a lifelong Millwall supporter, is a unusual thing to do to say the least … “Cancer knows no colours, though, and some things go way beyond any football rivalry. I am proud to lend my support to this cause on behalf of all Millwall fans.”

Isla’s Justgiving page says: “I have been diagnosed with a rare child cancer called Neuroblastoma, Only 100 children in UK are diagnosed with this cancer each year making me pretty special.

“I am currently having treatment at Great Ormond Street hospital and have a long road of treatments ahead of me.

“My mummy and daddy are now trying to raise a lot of money for me to have the Bivalent vaccine in Memorial Sloan Kettering cancer hospital in New York, that will give me the best chance of my cancer not returning.

“Three-year-old Isla, from Hornchurch in East London, was diagnosed with neuroblastoma in March last year. She was given a 40 per cent chance of survival by doctors when the aggressive disease spread to her bones and bone marrow.

Isla, who doctors say now has a 60 per cent chance of beating the disease, will undergo immunotherapy until the summer. After that her family is hoping to take her to the Memorial Sloan Kettering Cancer Center in New York – the only hospital in the world offering a treatment that they hope will save her life. More than £150,000, of the £200,000 needed to get her to America, has been raised.

Isla’s cause has been supported by the Bradley Lowery Foundation – a charity which Lions fans also supported, with a £2,300 cheque handed over by fans Chris Prete and Martin Cooper when Sunderland and Millwall drew 2-2 at the Stadium of Light on November 18.

For an update on Nick’s preparations visit @CBL_Magazine on Twitter or www.justgiving.com/fundraising/achtungmillwallforisla