The 28-year-old knows better than most just what being back in SW19 on Tuesday means to the club’s supporters. His grandfather was a Dons player in the 1950s.

Epsom-born Palmer followed his dad in supporting the original Wimbledon.

He said: “It’s not the same without the fans. It’s almost like a dummy run. I was just speaking to someone who’s been a big part of this club for many years [who agrees]. 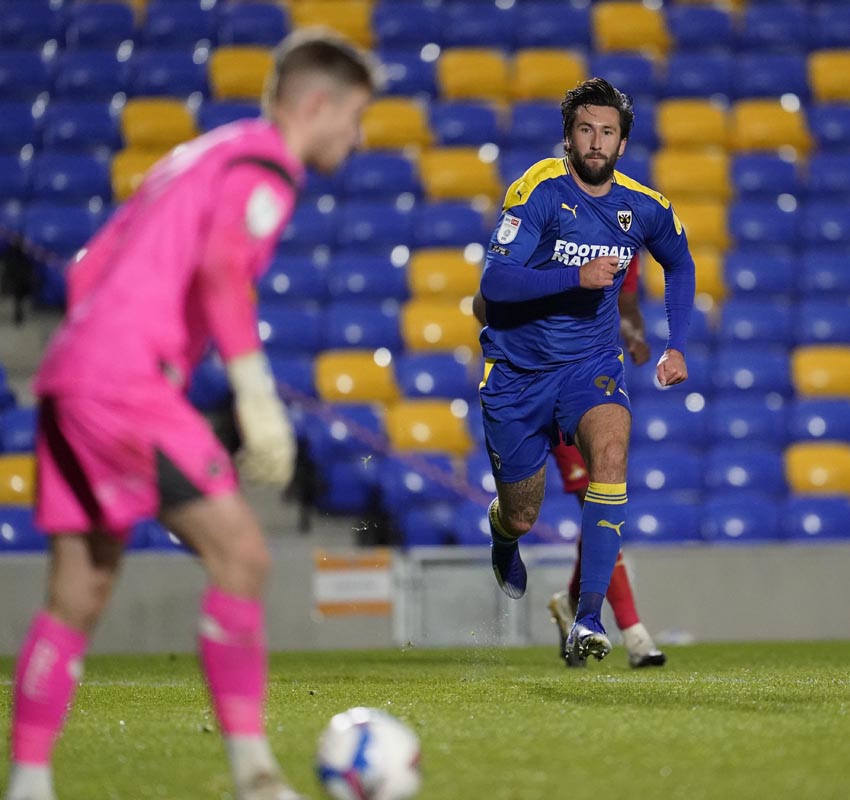 “It’s a fantastic stadium – but right now you could say it’s a pitch and a nice stadium. When the fans are back with the amount that belong in the stadium, that’s when it’ll really feel like the first game and that we’re back where we belong; that’s the one that will count for me. Tonight’s out of the way, it’s been an emotional night for everyone.

“All the lads have had a lot of messages – I’ve had a few myself. We know the fans were out there. Not everyone’s on social media, so not everyone gets to put their kind words across, but once fans are back in stadiums that will really show.

“Credit to all the fans and everyone involved for getting the club back here. I feel like everyone’s had a part to play, on and off the field.”

Doncaster Rovers failed to read the script as they denied the Dons a fairytale return home.

Wimbledon boss Glyn Hodges felt the occasion may have gotten to his players as they turned in their “worst performance of the season.”

Palmer added: “It’s always frustrating when you’ve got the three points in the bag and then you throw it away at the end. It wasn’t our best performance, but we’ve got a point against a top team who have been trying to get promoted out of this league over the past few seasons.”