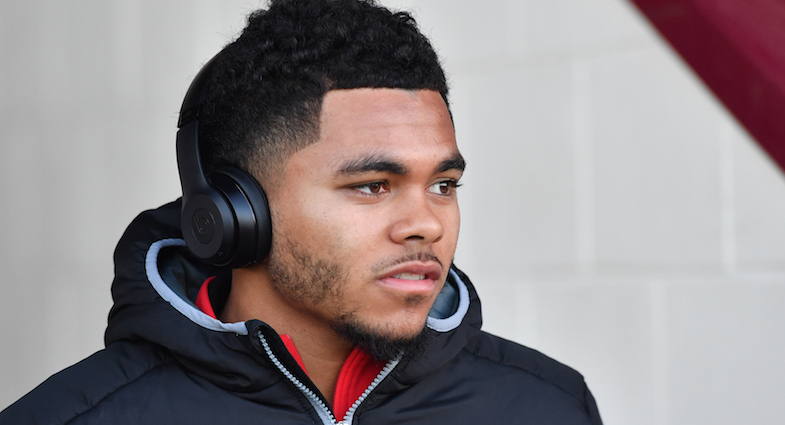 Karl Robinson’s men were two goals down going into four minutes of added-time on Tuesday evening. But a penalty from Ricky Holmes was followed up by a 94th minute equaliser from Karlan Ahearne-Grant to send The Valley into delirium.

Queens Park Rangers had staged a similar added-time turnaround the night before at home to west London rivals Brentford and Dasilva admitted that the R’s comeback was at the back of his mind as the Addicks trailed 2-0 with minutes to go.

“We just focused. Carried on playing and carried on doing what we do.

“That was definitely a testament to our hard work and never giving up. I think it’s easy to panic in those situations but we showed if you stick to it, keep going, then we’ll finally get the goals.

“You can’t play well every game. I think that’s a good thing to fall back on, that we’ve got that character. That team spirit to rely on. Unfortunately, the two goals that we conceded were a bit easy but just that hard work and team spirit was great from us.

“Not losing these games is very big for us. All the points add up. Obviously, we’d have liked to get the three points but it’s still a big point for us. We’ve still got a game in hand so hopefully we’re looking to get as many points as we can and keep staying in and around that.

Ahearne-Grant’s strike was his first ever league goal at The Valley, and his first anywhere in over two years. Dasilva hopes that this goal can be the catalyst for the academy graduate to reinvigorate his campaign.

“Everyone is happy for Karlan,” said Dasilva.

“Very pleased. It’s definitely what he needed, that goal. It’s a big confidence boost, hopefully he can kick on this season from there.”

19-year-old Dasilva is enjoying his second loan spell in SE7 from Premier League side Chelsea, having re-joined the Addicks for the season after spending his summer away with England u19s, captaining the young Lions to a European Championship title.

The South Londoners are suffering somewhat of an injury crisis at the moment, which meant the left-back by trade was asked to play in left-midfield during Saturday’s defeat at Glanford Park – but Dasilva is happy to do whatever is required of him.

“Left-back is definitely my best position but I can do a job left-wing as well. If I’m needed to play there, I’ll play there. I’m definitely comfortable playing there. The gaffer has made clear the roles and responsibilities for each position so I know exactly what I’m doing there and I’m comfortable there.”