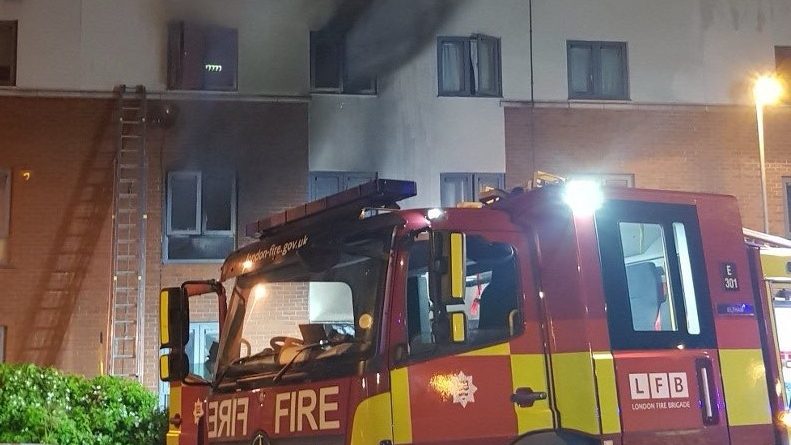 A woman has died as a house fire ripped through terraced housing in a suspected arson attack.

The police, eight fire engines and around 60 firefighters were called to a fire at a house in Centurion Square in Woolwich at around 1am on September 6.

A woman, believed to be in her 40s, was found dead inside the house by firefighters. Her next-of kin are aware.

Two people, a man in his sixties and a woman in her fifties, left the house before the brigade arrived and were taken to hospital by paramedics. Their condition is not serious.

At this stage, the fire is being treated as suspicious. Enquiries in the full circumstances continue. Local CCTV footage will be reviewed and detailed forensic tests carried out.

A crime scene remains in place and the Homicide and Major Crime Command have been made aware of this incident.

The London Fire Brigade was called at 1:22am and the fire was under control by 3:12am. Fire crews from East Greenwich, Eltham, Plumstead, Greenwich and other surrounding fire stations attended the scene.

Detectives are keen to hear from anyone in the area – including local residents – who heard or saw anything suspicious before or after the fire started.