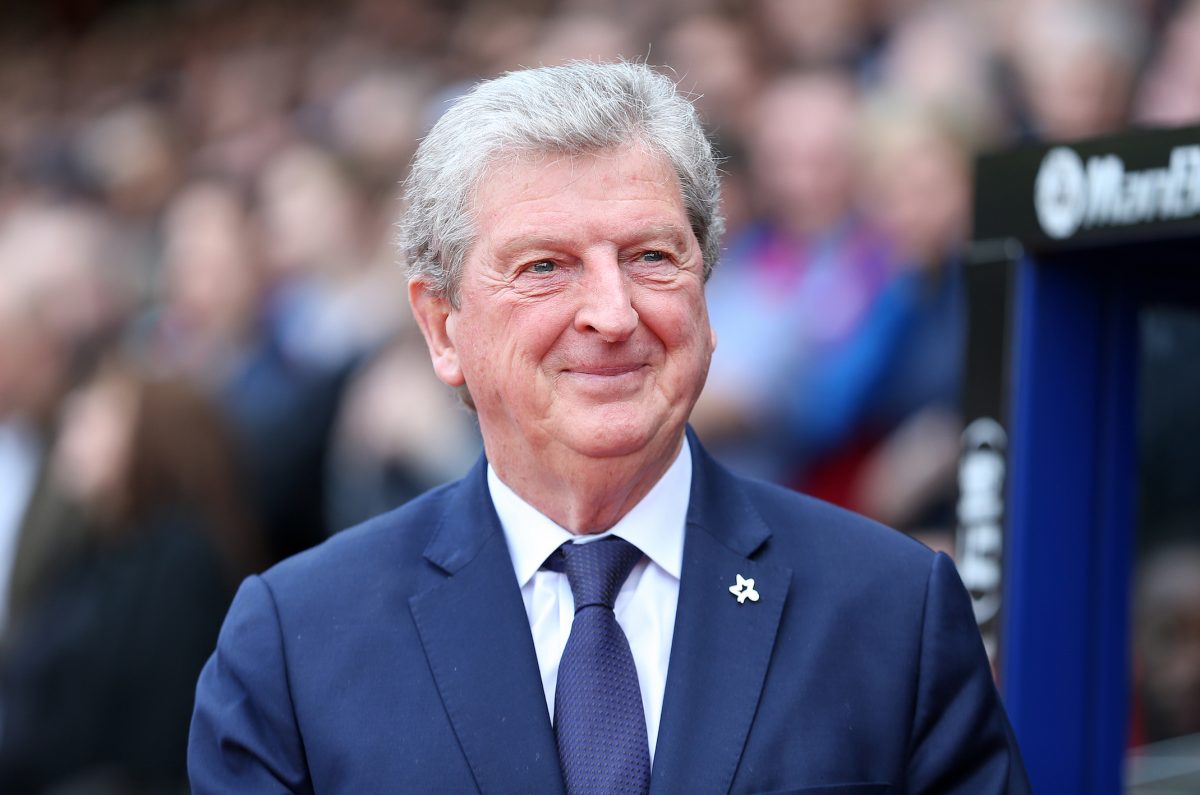 Roy Hodgson inherited a Palace side who were pointless and had failed to score after seven Premier League games – but has taken them to the brink of safety. Here is a take from an Eagles-supporting perspective on how he has changed the club’s fortunes.

As Roy Hodgson has stated on numerous occasions, there has been no single masterstroke behind the revival he has instigated at Crystal Palace. This squad were dazed and confused when he arrived, their confidence shattered by a succession of bizarre managerial decisions, insufficient squad strengthening and dreadful results. The new man simply surveyed what options he had inherited and played people in positions in which they were comfortable, while offering Wilfried Zaha free reign to torment.

When blessed with a player of his lavish talent, why not set the side up to permit him to thrive? It was all fairly simple. That duly eked the best from talisman and collective. This squad proved under Sam Allardyce last season that, when content within a system and well drilled (as they have been, particularly when the managerial team have benefited from proper time on the training ground), they are a mid-table team at worst. Their results under Hodgson, particularly after that horrible initial burst of games, have proved so again.

Palace under Hodgson in five words: Build a team around Zaha.

Alan Pardew had the players going ‘gung-ho’, Sam Allardyce had them defending deeper than an iceberg and Frank de Boer had them playing out of position and out of their comfort zones. Hodgson has kept it simple and allowed the players to play to their strengths while trusting in their ability.

De Boer had Luka Milivojevic, one of the best defensive midfielders, playing as a centre-back. A man that has gone on to score 10 goals from midfield this season. Hodgson has refused to over complicate things.

Patrick van Aanholt likes to play as an attacking left-back. Wilfried Zaha likes to take players on. Yohan Cabaye likes to pick off passes. Luka likes to tackle. Roy lets them do it and they have not let him down.

Hodgson has created a set-up that allows the players to thrive at what they do best and it has worked a treat.

Palace under Hodgson in five words: Palace for Europe next season.

Familiarity breeds confidence, which in turn produces results. It is that familiarity that has seen Palace go from being relegation certs to the cusp of Premier League safety under Roy Hodgson.
Frank de Boer’s tactical tinkering which ended after a seven game run without a single point or even a single goal, decimated not only the confidence of the squad, but of the entire club.
The revival under Hodgson has undoubtedly stemmed from familiarity – in respect of the former England boss reverting to what he knows best which resulted in the squad being well-drilled in a more regular formation. Unsurprisingly, when players know what their role is, are comfortable with it, and can rely on support from team-mates, everything suddenly seems a whole lot better. Palace have played as a team, rather than a group of individuals seldom looking as if they understood each other.

Hodgson has not reinvented the wheel, so much as simply remembered how the wheel functioned in the first place.

Palace under Hodgson in five words: Steady without being absolutely spectacular.

I won’t be the only person to say it, but it has to be organisation. The football often hasn’t been all-out champagne stuff, but the fact that Palace have a goal difference of only minus-one over Hodgson’s entire tenure speaks volumes as to how efficiently he has been able to drill the players.

Aside from the Manchester trips early on (and the aberration at the Emirates), Palace have never rolled over in any match, even during the midst of an injury crisis which left them missing a whole team of players. There have been scares and frustrations along the way, and some slightly bemusing decisions from Hodgson, but Palace have never looked less than a solid Premier League team from the point he started to instil the squad with his outlook. While he has had some excellent players at his disposal, when available, there’s no doubting Roy has done a very solid job.

Palace under Hodgson in five words: We are Palace, not Ajax.

Roy was much-maligned following England’s early exit from the European Championships and was subjected to the sad, but somewhat predictable media witch-hunt.

The talk of “Hodgosaurus” and other sensationalist journalism somewhat pollutes the mind of the public, but whenever I spoke to anybody that played or worked with Roy, they only ever had good things to say.

A very decent man, who appears to just want to get on with the football, a coach who enjoys improving players and teams, seemed to be the common theme from those I spoke to that knew him.

That has proven to be absolutely the case with Palace. Hodgson, via his hard-working methodical style, soon started turning the ship around.

It was there for all to see following the international break in October, when he had first had two full weeks to work with the players. From then on his ability to organise and structure a team that had been leaking goals and couldn’t score one in seven games was apparent.

Given no chance, the victory over Chelsea was the catalyst. Hodgson’s tactical nous, together with the return of the fans’ two favourite sons – Wilfried Zaha and Julian Speroni – changed the dynamic and from that day on everybody began to believe again.

Palace began to climb the table, in a reassuring way. Reassuring, in the sense that you knew it was Roy’s work on the training ground and no flash in pan or new manager “bounce.”

You knew with the way Palace began to stop giving up chances, the platform to achieve positive results was in place. But it was not only about defending, as Palace began to score goals at home, managing to net two goals in seven consecutive matches at Selhurst Park, something that had been a huge issue following promotion. Bakary Sako was converted into a decent front man, when many had written off his Palace career and the team enjoyed an eight-match unbeaten run.

The pairing of James McArthur and Ruben Loftus-Cheek in a strange-looking midfield was something I never thought would bring us balance, but results followed.

I don’t doubt, without the injury issues that have blighted the season, Palace would be a top-eight or top-10 team.

That’s testimony to Roy and his coaching team, whom I can say first-hand are a real reflection of what he stands for. Birds of a feather and all that…

Roy is a bright, intelligent man and his team is an epitome, hardworking and diligent – though certainly not lacking flair or finesse.

It’s the assurance he brings. The organised, thorough way he goes about his work. Calm and measured – he has certainly provided comfort to what was a very anxious bunch back in September, following the Frank de Boer episode.

In a football sense there are no weddings or funerals with Roy – just another game next week on the journey that is the Premier League season.

There is of course still work to do, but my money’s on him and Palace making it, inch by inch – the only way Roy knows.