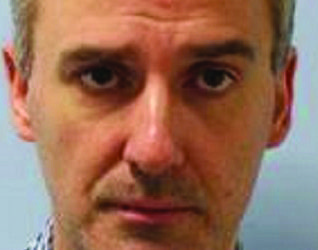 A re-offending paedophile ex-priest from South London has been jailed for a string of offences.

Edmund Black, 44, hosted an online forum in May 2016 where nine videos were played showing abuse of very young children – one thought to be just three months old.

In 2013, when he was a Catholic priest in Richmond going by the name of Father Edmund Higgins, Black was convicted of possessing indecent images of children.

Between September 2015 and March 2018, Black was present in online conference rooms 18 times when child sex abuse was being shown.

Black, of Walworth, made comments during the footage about his sexual interest in babies.

In January this year National Crime Agency officers raided his home when he lived in Great Yarmouth, Norfolk, and recovered a laptop.

It contained 201 of the most severe abuse images, category A, 176 category B, 461 category C and 10 prohibited images.

When he was released on bail, Black returned to the online conference room and continued to offend.

No live abuse was shown during the online conference he hosted.

The videos were known to investigators and safeguarding of the children had previously been done.

“Black has shown no remorse for any previous offences he has committed and even continued offending while on bail.

He went out of his way to encourage others to view and share images.

“We and our partners in policing do everything possible to catch people like Black.

Those who commit these appalling crimes will be found and brought to justice.”

A spokesman for the National Society for the Prevention of Cruelty to Children (NSPCC) said: “This is a deeply troubling case in which Black repeatedly downloaded footage of very young children suffering appalling abuse.

“Offenders like Black not only take pleasure in the abuse of the children in these images and videos, they also fuel the demand for more to be created.

“The NSPCC wants tech companies, Government and law enforcement to continue to find solutions to the proliferation of online abuse images and cut this sickening material off at source.”

Children and young people can call Childline on 0800 1111 or get help online via www.childline.org.uk.

One thought on “Paedophile ex-priest jailed for child sex offences”